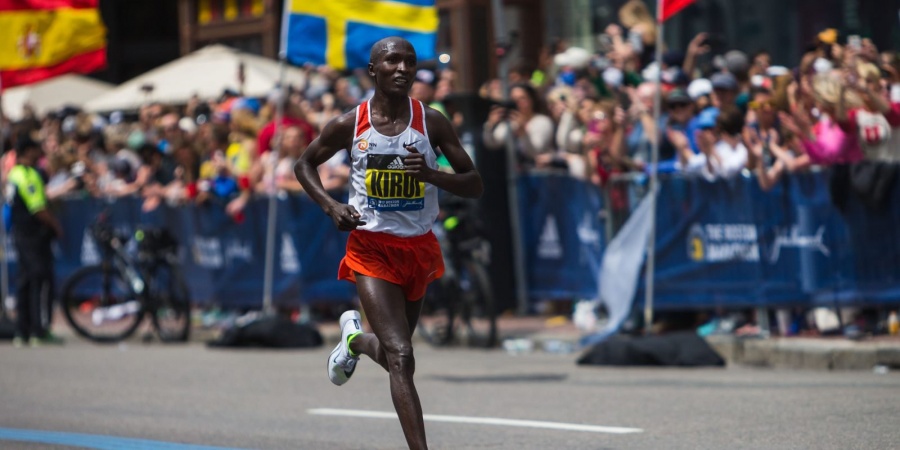 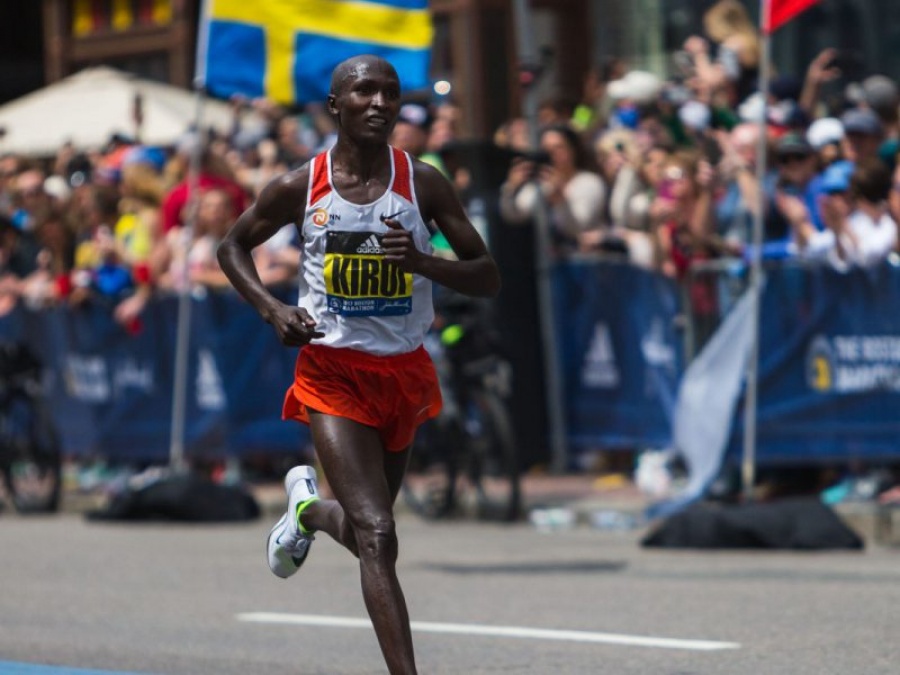 ‘Geoffrey the Great’ triumphs in Boston

The 24-year-old Kenyan – competing in only his third marathon – kicked away from Olympic marathon bronze medallist Galen Rupp of the US in the final 5km to clinch victory in a time of 2:09:37.

Competing in unseasonably warm conditions albeit with the aid of a welcoming tailwind a large lead group – containing former World Championship silver medallist Emmanuel Mutai of Kenya, veteran American Abdi Abdirahman, Rupp and Geoffrey among others – passed halfway in 1:04:35.

Abdiraham seized control at the front in the early stages of the second half of the race and with 10km remaining the lead pack was reduced from ten to just three men – Abdirahman, Rupp and Kirui – before the long-time leader dropped off the pace.

The decisive more was with 5km remaining when Geoffrey unleashed a devastating 4:27 split at mile 24 – to open up an unassailable advantage over Rupp.

It was some triumph for the relatively inexperienced but gifted Kenyan. Geoffrey only made his marathon debut 12 months ago in Rotterdam finishing third in 2:07:23 and followed this up last October by placing seventh in 2:06:27 at the Amsterdam Marathon.

Yet if the 2012 World U20 10,000m bronze medallist showed promise last year he more than delivered on that in Boston to romp to an emphatic win in the 121st edition of the historic race.

“In my mind, I was sure that one day I would win this race,” said Geoffrey of his stunning victory. “To come here to Boston, I knew I was going to face my colleagues who have run many times here, but I knew my body was prepared. I knew I would challenge some of the champions who have been competing here.”

“To win on my debut for the NN Running Team is an amazing achievement and I think it points to the exciting future we have as a team.”