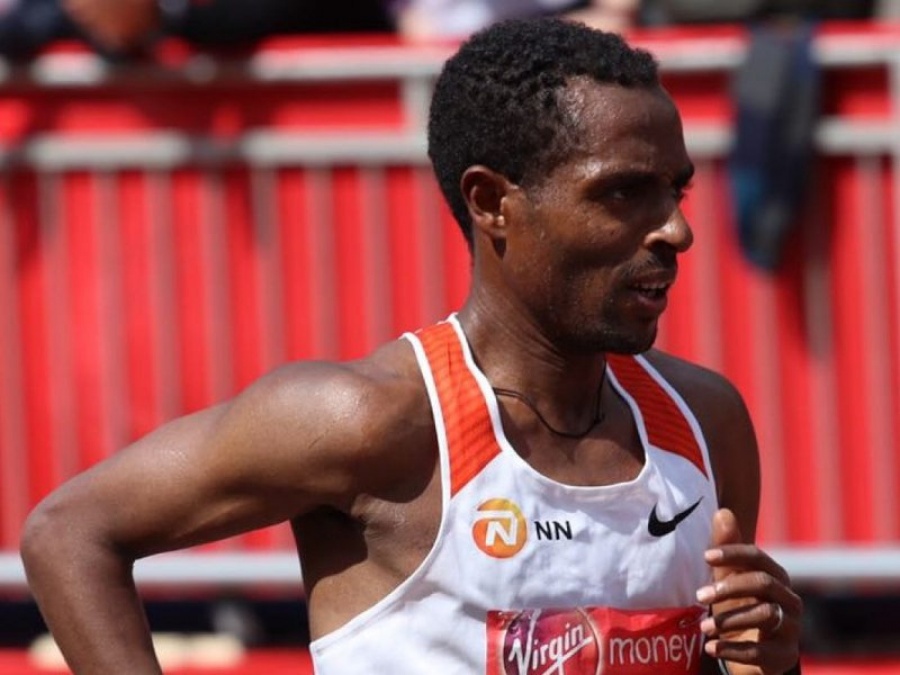 Kenenisa performs with pride to place second in London

Despite unleashing a thrilling late charge, Ethiopian maestro Kenenisa Bekele, on his NN Running Team debut, had to settle for second behind Daniel Wanjiru in a captivating London Marathon.

Kenenisa shrugged off the inconvenience of running with two badly blistered feet to stop the clock in 2:05:57 and finish just nine seconds behind the previously unheralded Wanjiru in a tension-filled battle.

Behind, two-time former world marathon champion Abel Kirui of Kenya placed fourth in 2:07:45 and reigning world champion Ghirmay Ghebreslassie of Eritrea was sixth in 2:09:57 to ensure the NN Running Team boasted three of the top six finishers in the elite men’s race.

On an overcast day in London with temperatures between 10-13c – ideal for marathon running – the men’s elite race set off at a decent gallop with halfway passed in 1:01:43 – although Kenenisa, who was struggling with foot problems, had started to slip off the back of the lead group.

By 30km Wanjiru started to open up a gap from Abel Kirui before the tenacious Kenenisa fought back to re-emerge into the podium picture.

The number-two ranked marathoner of all-time was on a charge and rapidly caught and passed both Kenyan Bedan Karoki and Abel and set off in pursuit of Wanjiru – the 2016 Amsterdam Marathon winner. With the Kenyan now in his sights, Kenenisa slowly started to close the gap and with 1km remaining only seven seconds separated the pair.

However, to Wanjiru’s credit he responded to the Ethiopian’s looming threat to quicken his pace and run out a nine-second victor with Kenenisa – who finished third in last year’s race – having to settle for second on this occasion.  Bedan Karoki on his marathon debut rounded out the podium in third clocking 2:07:41 to just hold off Abel, who is enjoying a welcome resurgence to his career after several fallow years.

Kenenisa’s manager Jos Hermens was proud of the efforts of the Ethiopian, who had endured a far from perfect build up to the London Marathon and then encountered significant problems during the race.

“Kenenisa picked up a hip and a calf problem at the Dubai Marathon (in January), which kept him out for three, four, five weeks,” explained Jos. “Then three weeks before London he had flu, which disrupted his training for another week. It was a far from an ideal preparation and then about 18km he started to have a problem with blisters in both feet. Maybe sub-consciously he changed his style to avoid feeling the pain and at one point he was thinking of dropping out. But then he started to catch people once again. Kenenisa is a warrior and a fighter and bearing in mind the problems he faced, to finish second was a very good performance.”

The NN Running Team enjoyed more podium success in the Hamburg Marathon as 2012 with Olympic champion Stephen Kiprotich only denied victory after losing out on a sprint for the line to Tsegaye Mekonnen of Ethiopia.

Mekonnen took control of the race just after halfway and by 34km had opened up a 29-second advantage from Stephen. Nonetheless, the experienced Ugandan showed his class to eat into Mekonnen’s lead and he looked poised for the race win after drawing level with the Ethiopian at 40km.

However, on this occasion Mekonnen had something in reserve and sprinted to victory in 2:07:26 with Stephen just five seconds further back.

Stephen said of placing second: “My day was good. I enjoyed the Hamburg Marathon. I tried hard but my legs would just not carry me and Mekonnen was stronger than me. The weather was not favourable, but all in all I’m happy.”

“We have a lot of fun during our training with the NN Running Team,” he added. “Eliud Kipchoge (the 2016 Olympic marathon champion) takes the lead in setting the atmosphere and he makes sure to keep everything fun.”