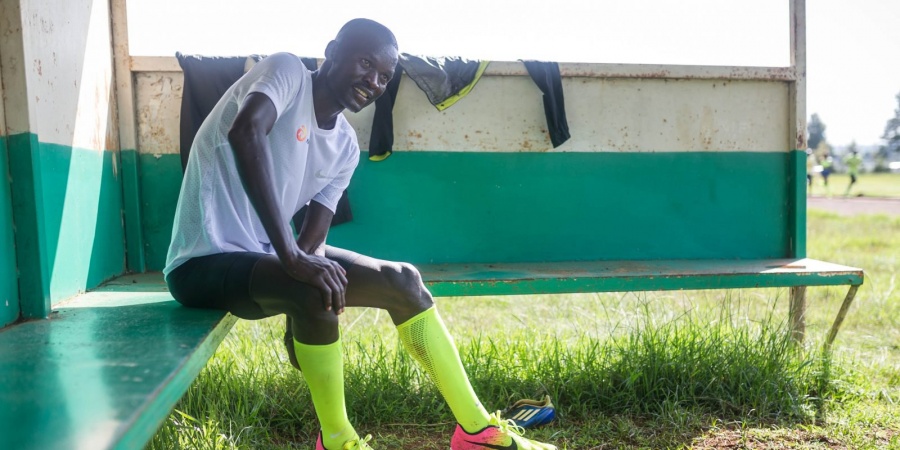 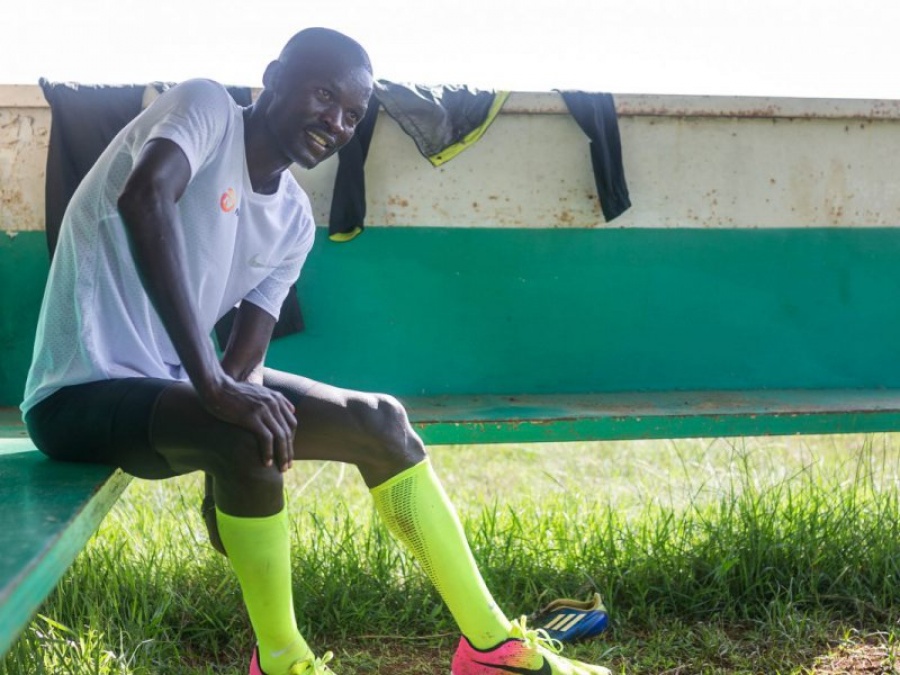 The charismatic Abel Kirui is unquestionably the “class clown” of the NN Running Team training group in Kaptagat, Kenya. A fun and entertaining presence, the quick-talking two-time former World marathon champion defends his Chicago Marathon crown on Sunday. Here we serve up an insight into the active mind of one the marathon’s leading characters.

Born in a village close to Kapsabet in Nandi County he recalls an active childhood which served as the perfect preparation for his future running career. Living close to the Nandi Escarpment – a rugged long steep slope which plummets 1700m down to the valley below – he recalls with joy his time as a schoolboy running and playing on the escarpment for hours building leg strength.

“We used to set off at say 5am and get back by 10am,” he explains of his time at the escarpment. “I used to run in a group for a couple of hours and then, kaput. We were completely tired. We then had to find some running water to drink and guava to fill up our stomachs. Looking back, it was definitely very good fitness background for my future running career.”

Abel Kirui moved from his base in Iten to join the Kaptagat training camp in June this year motivated to primarily be around and learn from Eliud Kipchoge.

“I want to steal some good ideas from Eliud,” says Abel, the 2009 and 2011 World marathon champion. “He is trying to run under two hours and it would be amazing to be around him.”

The 35-year-old marathon star has held a long-time respect for Eliud, the Olympic marathon champion and recalls his “strong and determined mind” since competing on the track and cross country against Ethiopian legend and fellow NN Running Team member, Kenenisa Bekele.

“His discipline is his strength, without which he cannot run a two-hour marathon,” he says. “Eliud is serious and I’ve come to understand he is simply focused to achieve.

“He has made me a better athlete. When I lived outside the camp I used to go home (to wife and family) in the middle of the week but now I stay until Saturday morning before travelling back home for just the rest of the weekend. He is always the first man to be ready to go to the gym at 6am. He is a man fighting with time.”

It is fair to say Abel Kirui likes to bust some moves. Moments after winning his Daegu World Championship marathon or at last year’s Chicago Marathon he defied the pain of running 42.2km (very quickly) to entertain the crowd and watching millions on TV by breaking into some silky grooves.

Not that the experienced Kenyan choreographs the moves. It is all spontaneous.

“In Daegu it happened automatically,” says Kirui. “I just danced from joy because I was so happy. I never rehearse my moves. I just have a feeling that I want to dance. I only know after I have won what move will come. I dance more with my arms after a marathon because the legs are tired.”

He cites his countryman four-time World steeplechase champion Ezekiel Kemboi as his perfect dance partner and to create a dance for his NN Running Team he would also like to recruit the services of Usain Bolt.

On his race day routine…

While many athletes focus on adequate proper rest the night before a good race, Abel admits sleep before a big race is not always so easy.

“I often have very little sleep, maybe only three hours,” admits Abel whose marathon PB of 2:05:04 was set in Rotterdam eight years ago. “From 3am I am often awake and if I wake up in the middle of the night I often have my radio on to listen to some good music.”

A devout Christian he always prays to God on race day. “I ask him for energy and to ask him to place me higher than my opponents,” says Abel with a smile.

He then places his clothes on the bed to be organised and selects his race shoe for the big race from often one of three pairs.

“I try not to choose the most tightly fitted as you can end up suffering in a marathon,” he explains. “I like to choose the shoe which is most spacious at the front.”

Abel tries to keep his breakfast as normal to his typical diet as possible to avoid the danger of any stomach issues. Bread, chapati or pancakes are three of his favourite post-race breakfast options. Tea with a small amount of honey is a favourite pre-race fluid to take on board.

With the training complete he then focuses on a pre-race massage and an easy run while preparing his mind for the battle ahead.

“I say to myself I need to win today and if I can’t win, at least finish top three”, he explains. “Training has been too painful to waste it on a bad performance.”

On the Chicago Marathon…

Twelve months ago, Abel Kirui claimed a memorable win the 2016 edition of the Chicago Marathon winning a slow run race by three seconds in 2:11:23 from countryman Dickson Chumba.

It was a first ever Marathon Major victory for the experienced Abel and a significant breakthrough for the Kenyan on the US stage.

“Victory there opened doors for me,” he says. “It was my biggest win in the US – a superpower country. I’d tried in New York before but without luck. I am at peace with winning Chicago and now my hope is to defend it and win it again this year.”