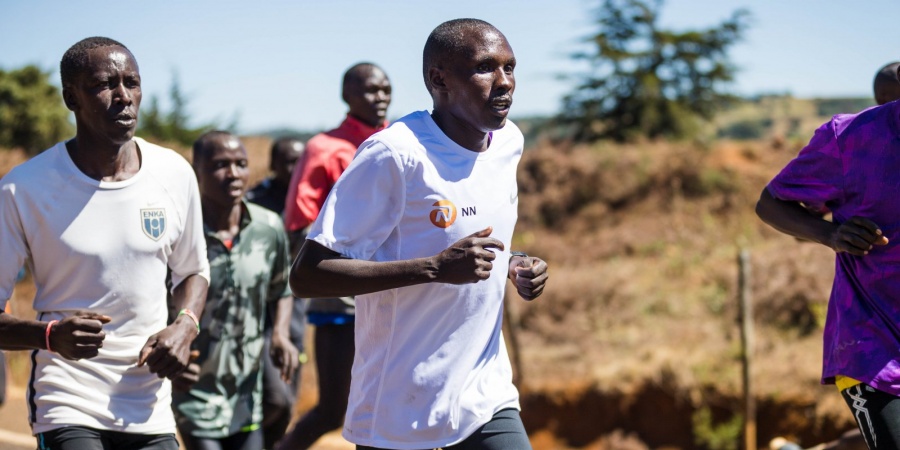 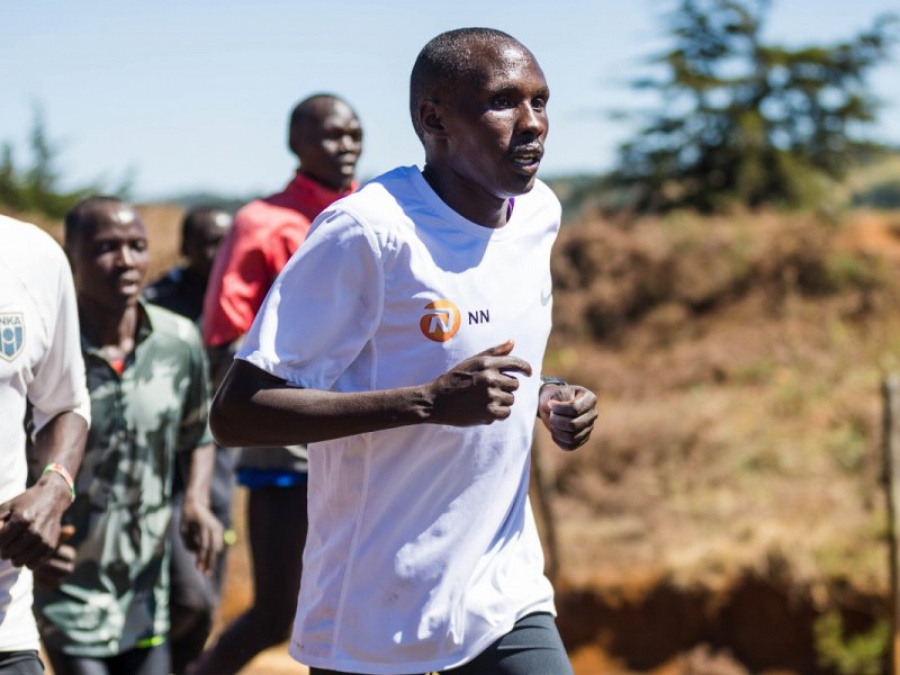 Kapkitony-based NN Running Team marathoner Stephen Chebogut is in action at the Hamburg Marathon on Sunday. Here the effervescent 33-year-old Kenyan offers a little more of his life and background.

A former footballer, who once scored 46 goals for his high school team in one season, Stephen only started running seriously at the age of 24. Feeling unfulfilled working on his brother’s farm and later as a taxi driver he had long been keen to try his luck as a runner. It was thanks for the generosity of his sister, Cynthia, who gave him a gift of KSh10,000 (Kenyan shillings which converts to around €81), which allowed him to embark on his running dream in Iten.

Home is where the heart is

Recording a time “in the 2:30s” and “beaten by three ladies” on his marathon debut in Nairobi, he refused to give up.

In late-2009 he returned to his home in Kapkitony to be coached by William Kiplagat (and now an NN Running Team coach). It proved an inspired decision. Three months later he impressed by smashing his personal best to win the 2010 Mt Kilimanjaro Marathon in 2:15:28. Buoyed by a new wave of confidence he ended the year running 2:09:35 to take top spot in the Reims Marathon.

Teamwork the key to success

In 2011 Stephen improved his marathon best to 2:08:02 to finish sixth in Paris and in 2012 he stormed to victory in the Istanbul Marathon. He enjoyed his best season to date in 2015 winning the Eindhoven Marathon in a lifetime best – which still stands today – of 2:05:52 and also placed third in the Hamburg Marathon.

Achilles problems marred his progress in 2016, but last year he enjoyed a pair of impressive marathon performances in NN Running Team colours.

He finished second in Paris in 2:06:57 and seventh in Amsterdam (2:07:30). Now enjoying his second campaign for the NN Running Team, he believes he has the support mechanism to flourish.

“We always train seriously under William (Kiplagat) and because of this I always know the results will come,” he says. “He always tells us to train hard and this will allow us to win easy.”

Based in the high-altitude and hilly training base of Kapkitony has bred a toughness in Stephen, which has allowed him to excel as a marathoner.

“We sometimes train for a month at 3200m (of altitude), which helps our muscles become stronger,” he says.

Now aged 33, Stephen believes his best is yet to come.

“I understand how an athlete in his 20s or early 30s with a family and many marathons behind him might want to quit but I have the advantage of starting the sport later,” he says.

“I believe I can run a marathon PB and you never know, I might be in a fast group of athletes and run a miracle time of 2:03.”

He may not have enjoyed his time as a farmer but today he owns a ten-acre plot with farm hands working for him. A passionate fan of EPL club Manchester United he is also an enthusiastic viewer of TV nature programmes.

“I like to know whether an animal is friendly or not in case one day I happen to come across that animal!” he says.