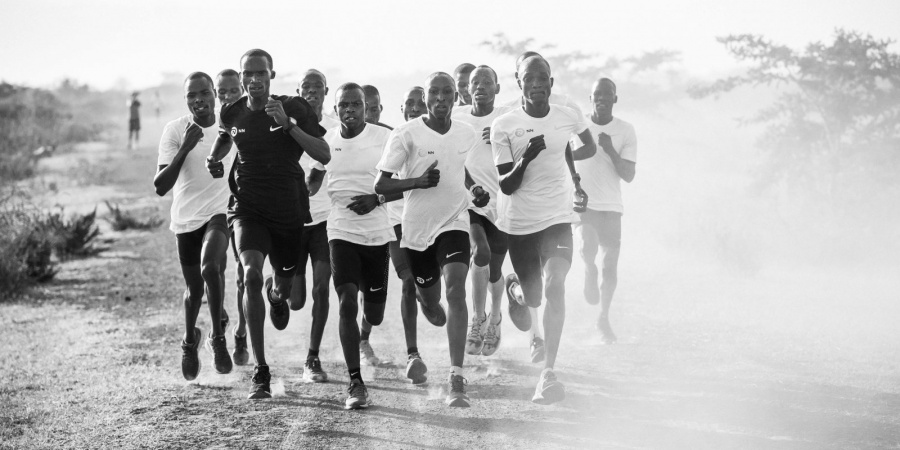 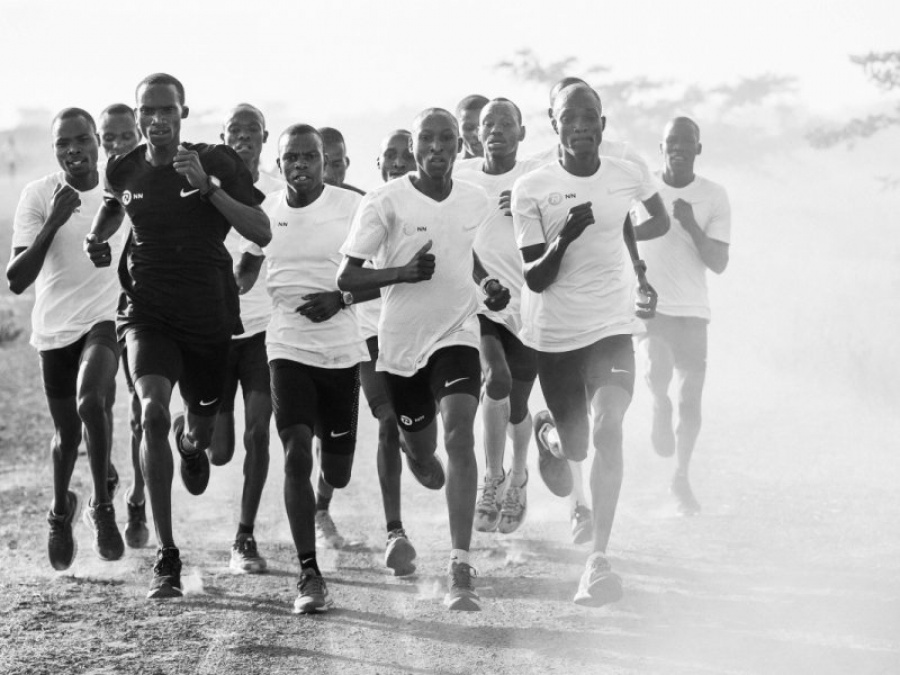 NN Running Team photographer Dan Vernon has taken thousands of images of NN Running Team athletes in competition, training and in their home environment over the past year or so. Here the talented British snapper picks out his five favourite images from his time with the team and explains the background to each selection.

“This image was taken at an Oxford hotel (in the UK) before Eliud Kipchoge spoke in front of a large audience at the Oxford Student Union. I have chosen the image because it shows Eliud in an environment many would be unaccustomed to seeing. I felt privileged to be with him while he got ready into his suit and went through his speech. I saw a hint of nervousness, which is rarely apparent. He took the responsibility of speaking at the OSU seriously and had clearly spent a lot of time preparing what he wanted to say. I didn’t want to disturb him, so he got ready in silence. My favourite moment was the small adjustments he made to his shirt in the mirror. Eliud is a keen reader of books on the human mind and he showed during his inspirational speech how well he understands this subject matter. I would love him to write a book when he retires – his knowledge and insight is fascinating.”


“Taken at around 5.45am in Kaptagat, Kenya, the training base of the largest group of NN Running Team athletes. Most runs tend to happen early in the morning but the long runs every Thursday set off very early to avoid the higher temperatures. The guys leave camp in complete darkness and meet at the camp gates. The team are happy to welcome other athletes from the surrounding area and they run together, often setting off in groups numbering more than 40 runners. The lights are from the minibus carrying the drinks and coaches, Patrick Sang and Richard Meto. We were in a car in front driven by physio and occasional pacemaker Marc Roig. This low level of light is almost impossible to photograph but with the lights I saw a great opportunity to capture a silhouette of the runners, which emphasises their total commitment. I couldn’t tell you who the runners are but I like that aspect of the photograph, the long run is where you witness a true team in action.”


“This shot is on Dutch marathon record-holder Abdi Nageeye in Eldoret, Kenya. Eldoret is the gateway to the most prolific hotbed of running talent in the world. Many of the NN Running Team athletes have family homes in and around Eldoret, a bustling and busy city, which represents a massive cross section of Kenyan life. This shot was taken on a busy street filled with stalls and street sellers, which made getting a clean shot of Abdi quite difficult. I decided to embrace the chaos a bit and try to fill the scene with as much as I could, shooting fairly wide from the other side of the street. I was hoping we would get lucky with some traffic entering the frame without covering Abdi in a clean stride. These two guys on a motorbike flew past at the perfect moment. The thing I like most about this shot, is that I see something new every time.”


“This shot was taken in January on a trip to see the Ugandan NN Running Team athletes. I had never previously been to Uganda and fell in love with the country. The people are incredibly warm and the scenery is beautiful, especially around Kapchorwa where the group is based. They have a lovely camp in town and it is close to the endless running routes around the mountains, forest and farmland in this area. The fartlek training planned for this morning session needed long flat roads so we headed down to a plateau, within minutes the group had a crowd of people watching them warm up at sunrise, I’ll never forget the setting, it was stunning. Once the session started we followed in front in a car, bouncing around like crazy as is typical on such roads. Filming was difficult, especially hanging out of the window with the dust whipping up. Once I got what I needed for film, I made sure we got some images of the guys at full speed. It’s hard to explain how fast these guys are, I couldn’t sprint for more than ten seconds at this pace. They were repeatedly running for one minute with a one minute recovery. The colours were so vibrant, that deep orange hue from the soil that covers everything in this area of Africa, It was only later did I decide to take some of the images in black and white to concentrate the eye on the athletes’ expressions. I love the way the dust and morning light gives the image a dreamlike quality, in which the athletes appear to float.”


“This is Eliud Kipchoge and his lifelong coach and mentor Patrick Sang, after Eliud had triumphed in the Berlin Marathon. It is hard to describe the relationship between Eliud and Patrick. It is born of thousands of conversations and moments of silence throughout a huge portion of their lives. The mutual respect is wonderful to see. It is hard to imagine what Eliud needs to learn in order to maintain his super-human marathon record, yet he is always quick to state he is the student and Patrick the teacher. Patrick has a deep understanding of human psychology and understands what makes people tick and how to treat all of his athletes differently while maintaining a balance in the team. He is funny and jovial whenever you meet him, but if you allow, you can get into a deep conversation which will fascinate and absorb. I only wish I’d written down all his pearls of wisdom. This moment was just before the prize-giving ceremony, a moment of calm for them both to reflect on the race. It was my favourite race of the year, the day before and after were perfect marathon running conditions but unfortunately the rain came down and thwarted what would have surely been a world record. I rode the entire course, got two punctures, soaked through, broke a lens, yet none of the pictures I got on course tell the story as well as this one does. I would love to know what they said to each other in the tent that day.”