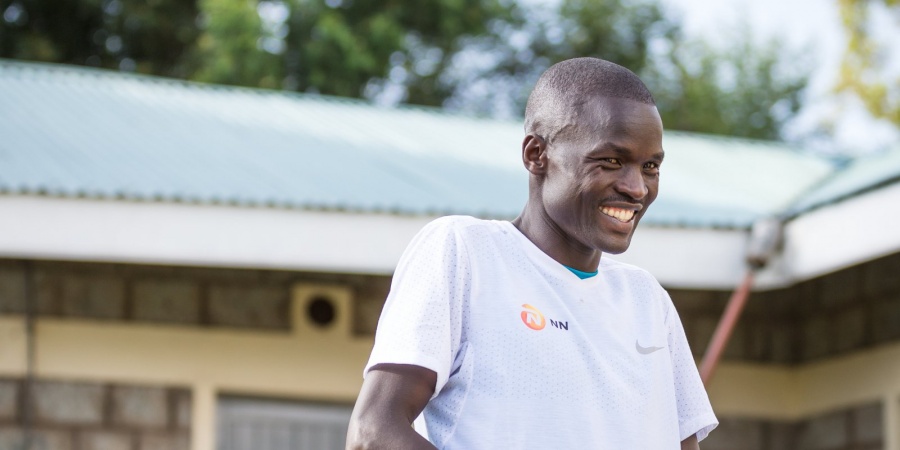 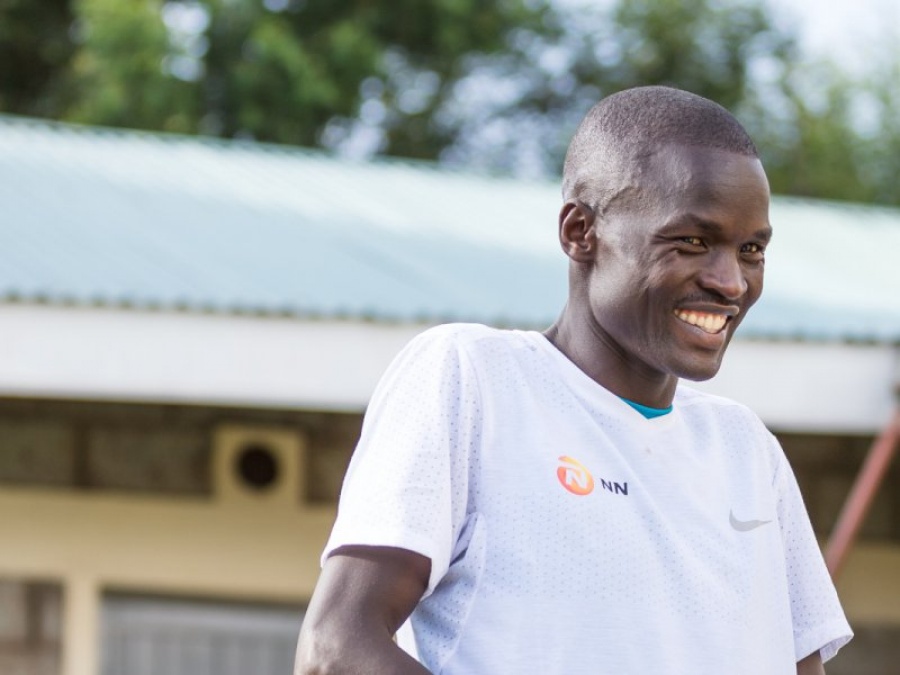 A little like The Beatles more than 50 years ago, Abel Kirui has long held a desire to crack America.

Since he was a young boy growing up in Nandi County in the North Rift of Kenya, the USA has always held a fascination for Abel – one of more idiosyncratic and charismatic members of the NN Running Team.

“I’ve always found the history of America interesting,” explains Abel, who is based out of the same training group as world marathon record holder Eliud Kipchoge in Kaptagat. “America’s support of Africa through the Bill and Melinda Gates Foundation and the physical make-up of so many American people, well, they are our brothers!”

“I also love technology, and in my mind the best technology in the world is American.”

Making his marathon debut some 12 years ago in Berlin – when he placed ninth in 2:17:47 – the gregarious athlete has since chiselled out an outstanding career over the 42.2km distance.

Claiming second in the 2007 Berlin Marathon and a winner of the 2008 Vienna Marathon he quickly established a proud marathon reputation. Yet his breakthrough performance came at the 2009 World Championships in Berlin when he destroyed the field to win in a championship record 2:06:54 and marked the moment by breaking into his trademark celebratory post-race jig of joy.

In 2010 he travelled to the New York City Marathon to make his competitive debut in the US but the tall, slender Kenyan had to settle for a distant eighth – almost five minutes down on race winner Gebregziabher Gebremariam of Ethiopia.

More success followed for Abel. In 2011 he retained his world marathon title in Daegu by a record victory margin of 2:28 from compatriot and NN Running Team colleague Vincent Kipruto.

In 2012 Abel added the Olympic silver medal to his collection behind the NN Running Team’s Stephen Kiprotich of Uganda but the stone in his shoe was his lack of success and profile in the US – in 2016 he set about rectifying this fact.

“I’d been to New York and had no luck and that’s when I said to my then coach (Renato Canova) I want to try my luck in Chicago,” explains Abel. “The spectators and the weather always seems nice. I have a good feeling. Why don’t we try Chicago. I want to go there and do something special on American soil.”

In 2016 Abel, who was hunting his first marathon victory since his second world title five years earlier, finally delivered his American dream.

Locked in a head-to-head battle with countryman Dickson Chumba in the final two miles, Abel – a genuine streetfighter as an athlete – accelerated clear with 800m to hold on for victory by a three-second margin in 2:11:23.

“I remember it was a great fight between me and Dickson,” he explains. “The last 2km was not easy but I remember crossing the line in front and dancing beautifully. It was fun. That day brings back many happy memories.”

If Abel had not quite captured the hearts of America in the way The Beatles had done, the Kenyan had certainly made his mark in Illinois’ most prominent city.

Enraptured by the city and it historic race, Abel returned to defend his title last year but on this occasion had to settle for second 28 seconds behind American Galen Rupp.

In 2018, the 36-year-old Abel is back for his third successive appearance in the “Windy City”, so what is it he loves about the event?

“I think there are a lot of factors,” he explains. “The course is very good and Chicago is just a clean environment with the race set in a beautiful city.”

Particularly fond of the section of the course between 20-25km “that is when you feel like your body is gaining momentum and it feels like you are sprinting.” He warns all runners – whether recreational or elite – have to be aware that the otherwise flat course has a sting in the tail with a slight incline in the final mile.

For this year’s race on October 7, Abel is once again looking forward to once more taking to the start line at Grant Park and he expects another top display.

“I never feel any pressure in Chicago and I have so many friends here,” he explains. “I have had no injuries, which was totally different to last year, and I am very much hoping to be in the fight.”