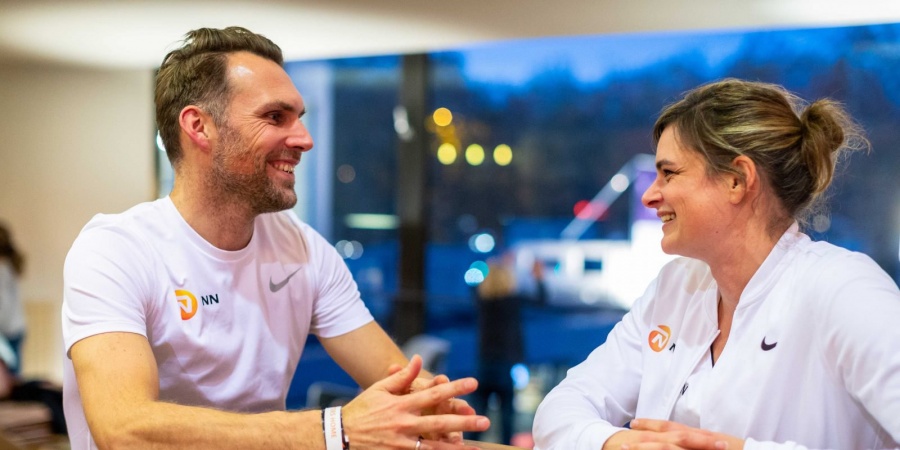 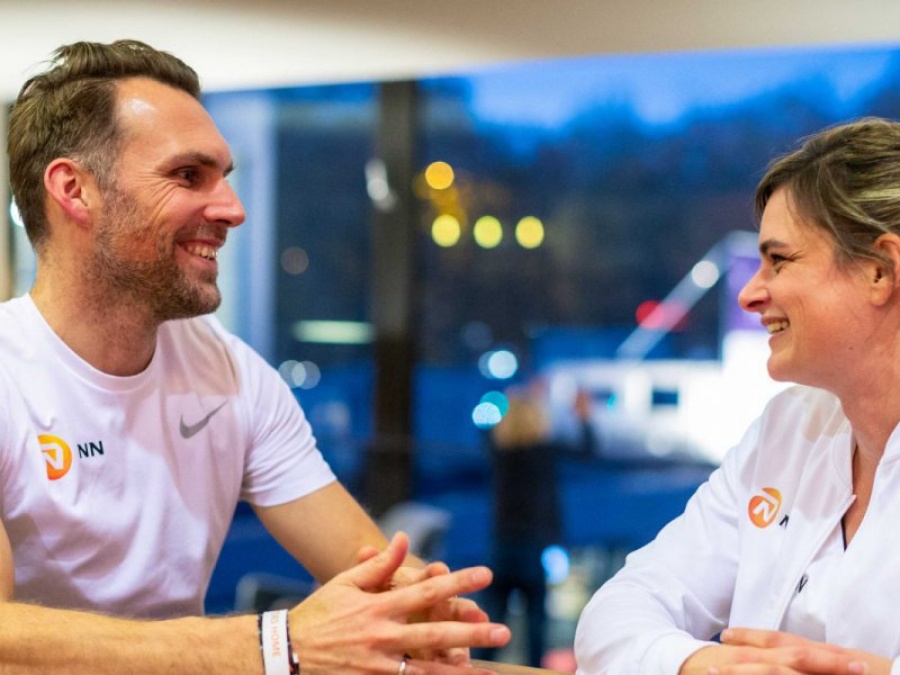 The NN Running Team has made astounding progress since its launch in April 2017. We chat to Head of Branding at the NN Group Remco Barbier and Global Sports Communication Marketing Manager Marleen Vink-Rennings to find out more about their ground-breaking journey and next steps for the future.

Broadway in downtown Manhattan may be best known as the heartland of the American theatre industry. Yet for Remco Barbier, Head of Branding at the NN Group, it was an experience in a sports shop along the iconic thoroughfare just days before the 2018 New York City Marathon which brought home the staggering journey the team had undergone.

“I was buying a pair of shoes when one of the guys asked me ‘are you here to run the New York Marathon’? I replied, ‘no, I’m here as a supporter of Geoffrey Kamworor, the 2017 champion’.  But when he then said ‘oh, the guy from the NN Running Team’, I was amazed. Here we were in a regular sports shop and he made reference to the NN Running Team. For me, this was one small example of how the team is changing the whole philosophy of long-distance running.”

Launched amid some scepticism from both within and outside of the sport nearly two years ago, the progress made by the NN Running Team has been nothing short of sensational.

Unquestionably, the catalyst for the NN Running Team’s impressive streak of results can be traced the upturn in facilities, coaching and general support received by its global network of athletes.

Yet the team has also made huge strides outside of pure performance. They have bridged the previously gaping chasm between the recreational runner market and the elite end of the sport through its numerous platforms while the athletes have undergone a transformation in terms of their approach to the media.

The first challenge facing the team during the early months was embedding a genuine sense of “team” in what is essentially an individual sport.

“Although the concept of training together, sharing training facilities and supporting one another already existed, the concept of looking like a team in the same uniform was new to the athletes,” explains Marleen.

While the athletes quickly come to terms with this another key tenet to the concept of the NN Running Team – to better promote the athletes through the media and social media – provided a different challenge.

“We knew on marathon weekends the athletes were regarded as heroes but for the rest of the year they were not visible,” explains Marleen. “So to get them to share their story, even though it was not something they were used to, was one of our goals.”

However, from day one the team has sought to share their story with regular video, image and written content through their various platforms. This gives a window into their world and quickly brought alive their fascinating stories and rich diversity of personalities within the team.

This has helped bring the elite performers on the team much closer to the general fan – and the athletes have fully paid their part by enthusiastically fulfilling their media obligations.

“At our training camp in Kaptagat in January we had 15 media outlets attend,” adds Marleen. “I was so proud all the journalists were so welcomed by the athletes. They were wearing their NN Running kit and clearly articulating what the team was all about – they were true team ambassadors. This would not have happened two years ago.”

The sharing of stories may have improved the profile of the athletes, however it should always be remembered that an important goal of the NN Running Team’s initiative has always been to “share stories” for the wider benefit of the sport, including race organisers and the IAAF.

“In the past some race organisers were sceptical about the NN Running Team but now they have fully embraced the concept,” says Marleen. “They realise that by co-operating we can supply them the right content. If we work as separate islands we are not going to grow the sport.”

Not only have the NN Running Team established a much closer connection between recreational and elite runners but according to Remco the rich diversity of the team’s fans is also welcoming.

“When we analyse our fan base it is not related to any specific country,” he explains. “We have male and female fans from all over the world from different backgrounds and all ages. This proves there is a wide-ranging appeal to the team and its philosophy.”

Further evidence of the growing attractiveness and profile of the team is the fact 400 limited edition NN Running Team vests were sold at Nike Town in New York in a 48-hour period in the countdown to the 2018 New York City Marathon.

As the clock rapidly approaches the two-year anniversary for the flourishing team, Marleen insists the desire is to make NN Running Team merchandise more widely accessible.

“We have fans around the globe and we would love to supply more Eliud bands,” she says. “We’d like to make our books (The NN Running Team have so far published two books) more readily available for our fans and we also receive daily requests for our NN Running vests, which is a demand we hope to meet in the future.”

From a content perspective the nuggets of advice supplied by the elite athletes and coaches within the NN Running Team have proved popular and will continue to evolve. The team will continue to focus on quality content within both the NN Running Team platforms and outwardly facing to the international media and more time will be devoted to identifying the content the fans’ desire.

Of course, at the very core of the team remains performance. The hope is that the training facilities, coaching, medical and nutritional support will continue to advance.

Yet the long-term vision of Jos Hermens, the director of Global Sports Communication and brainchild of the NN Running Team, was always that other teams would be created to compete against the NN Running Team. Global are always keen to listen to other sponsors with the hope of starting a second team and Marleen says plans are in the pipeline to launch an vibrant new team competition in 2020.

“We are working on a plan to launch a four to five team one-day competition,” she explains. “It will be a glimpse into the future and it will showcase how we would like our sport to evolve.”

“If we want to genuinely change the sport then different teams need to be in competition against the NN Running Team”, adds Remco. “The potential is almost unlimited. What we have already achieved shows the possibilities within this sport.”

Like any successful organisation, Remco insists there is always room to evolve and improve and he talks of “prioritising certain activities to increase their effectiveness.”

“We have to be honest,” he says. “We have limited capacity and limited budget and we need to become even better at what we are doing. Some decisions may be tough but I am convinced by how we have worked together over the past two years we can only look forward to the next phase of the journey.”

Having overcome the sceptics and myriad of challenges the team can look forward to a bright future with infinite possibilities.

“It has proved an overwhelming success,” explains Marleen of the NN Running Team. “It is much bigger and better than we could have imagined.

“The NN Running Team received such a positive response from so many at the (2018) New York Marathon,” she says. “To think we had crafted the plans for the team in our office in Nijmegen (in the Netherlands) and to see so many people excited about the concept of the team many thousands of kilometres away was an amazing experience.”