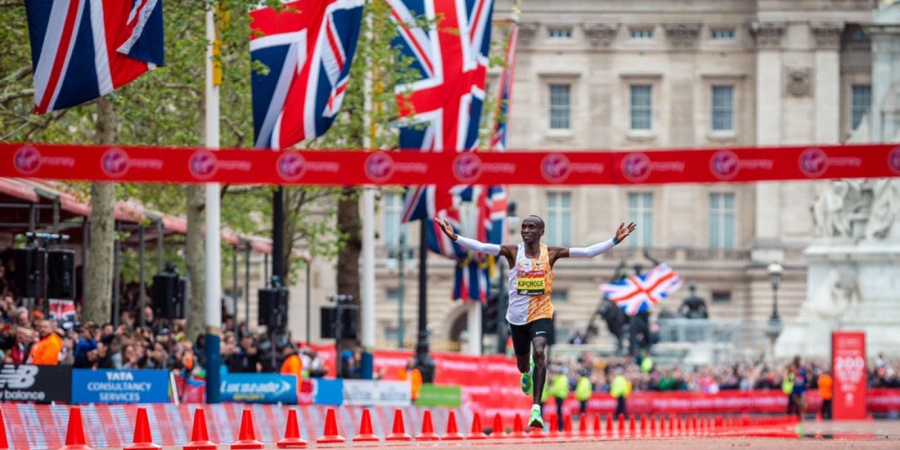 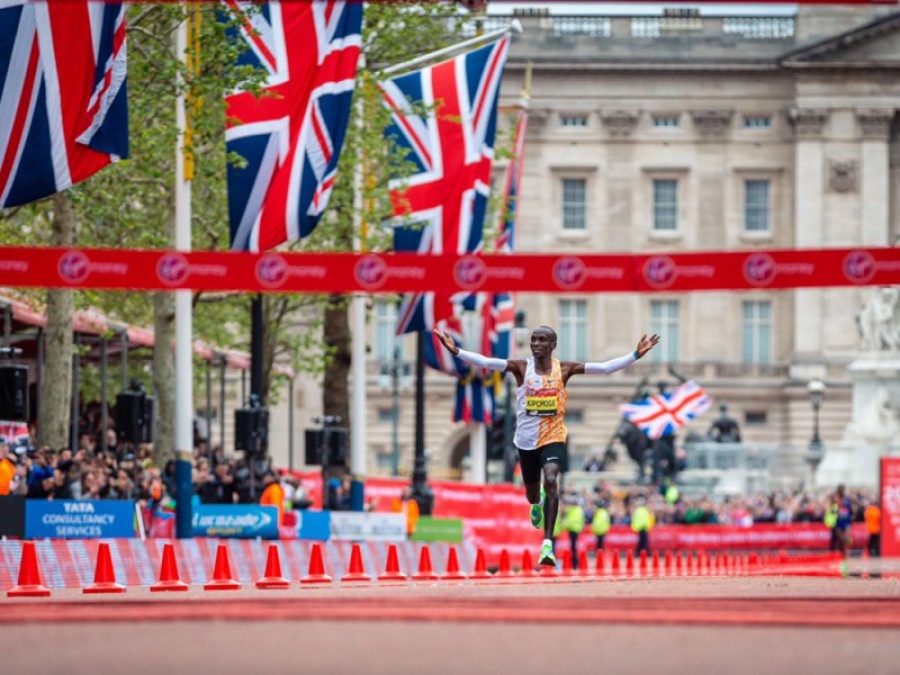 Eliud Kipchoge added another extraordinary chapter to his incomparable career by scorching to the second fastest time in history as he clinched a record-breaking fourth Virgin Money London Marathon title.

The Kenyan superstar and NN Running Team leader destroyed a world-class field to stop the clock in 2:02:37 – a time only he has bettered – and also racked up an incredible tenth successive marathon victory.

In chilly and blustery conditions, Eliud led a pack of around a dozen athlete at halfway in 1:01:37 and by the 30km split– which Eliud hit in 1:27:04 – he had only had three Ethiopians for company including his NN Running Team colleague Mule Wasihun. However, under intense pressure Eliud maintained his composure to slowly crank up the pace and finally break the powerful Ethiopian challenge inside the final 4km along the Embankment.

He crossed the line in jubilant mood, milking the applause from the vibrant London supporters along The Mall to post a course record time.

“To run the street of London and win for the fourth time; I’m happy to make history,” said an elated Eliud. “The crowd in London is wonderful and their spirit helped push me. I’m happy to cross the line first and to show to the whole world that I am the one.”

As a further measure of the quality of the race, Ethiopian Mosinet Geremew crossed the line second, recording the third fastest time in history in a blistering 2:02:55.

In another memorable day for the NN Running Team, Mule enjoyed a spectacular breakthrough performance to cross the line third in 2:03:16 – wiping more than a minute from his lifetime best to elevate himself to seventh on the all-time lists.

The NNRT enjoyed more success on the streets of London as Bashir Abdi obliterated his previous personal best by more than three-and-a-half minutes to claim sixth in a Belgian record of 2:07:03.