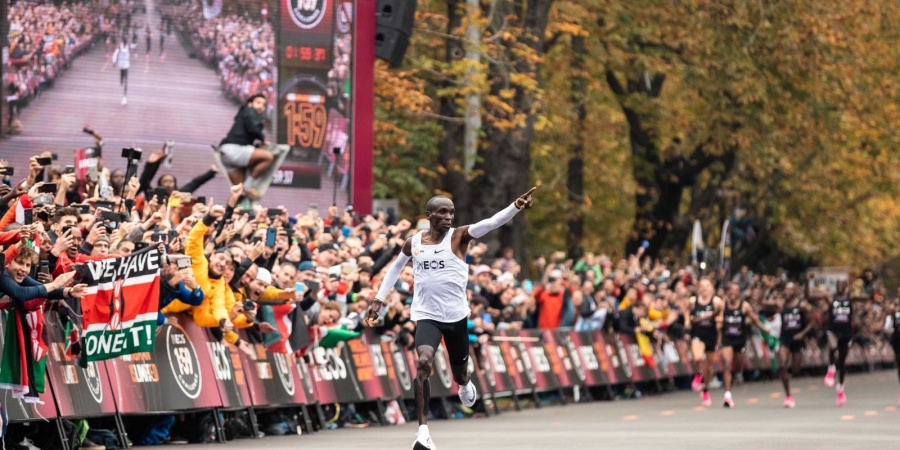 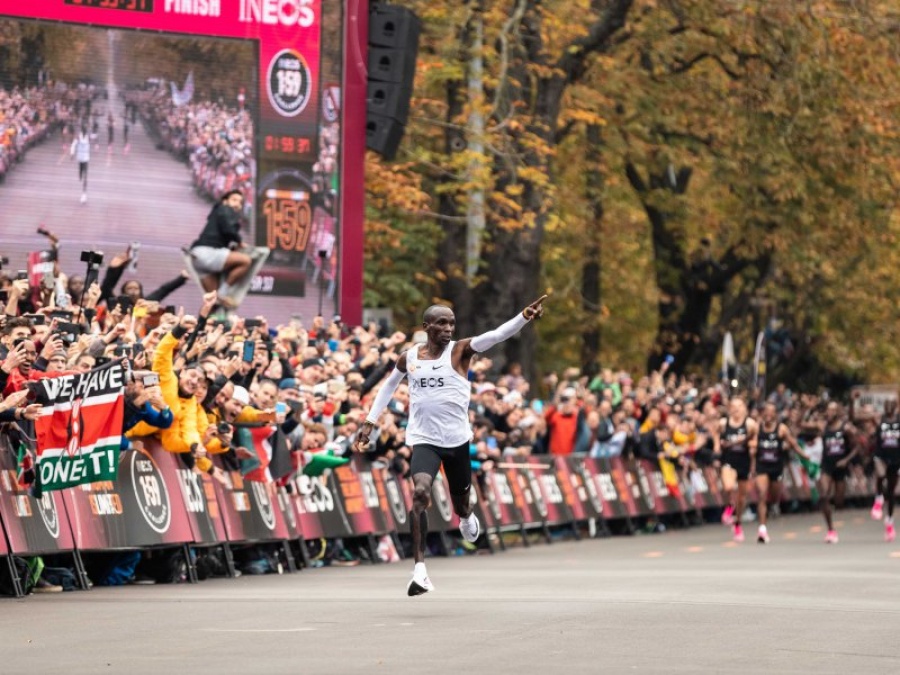 Kenyan great and NNRT superstar athlete Eliud Kipchoge secured his “moon-landing” moment and added yet more gloss to an incomparable career by become the first man to run a sub-two-hour marathon at the INEOS 1:59 Challenge.

Aided by a team of 41 pacemakers Eliud achieved his goal on the Hauptallee in Vienna and proved ‘no human is limited’ by stopping the clock in an iconic mark of 1:59:40.2.

Dissecting the task with metronomic precision, the Kenyan marathon great completed 24km of the 42.2km race in exactly the pre-designated pace of 2:50 per kilometre – with his fastest split of the race at 2:48 and his slowest 2:52 (with the exception of a final kilometre of 2:42) - to pull off an achievement in human history which stands comparison with Sir Roger Bannister, Sir Edmund Hillary and Neil Armstrong.

“This was the best moment of my life,” explains Eliud. “From the first kilometre today I was really comfortable. In my heart and my mind I hoped to run under two hours an make history. I hoped to leave a positive message to the whole world that no human is limited.” 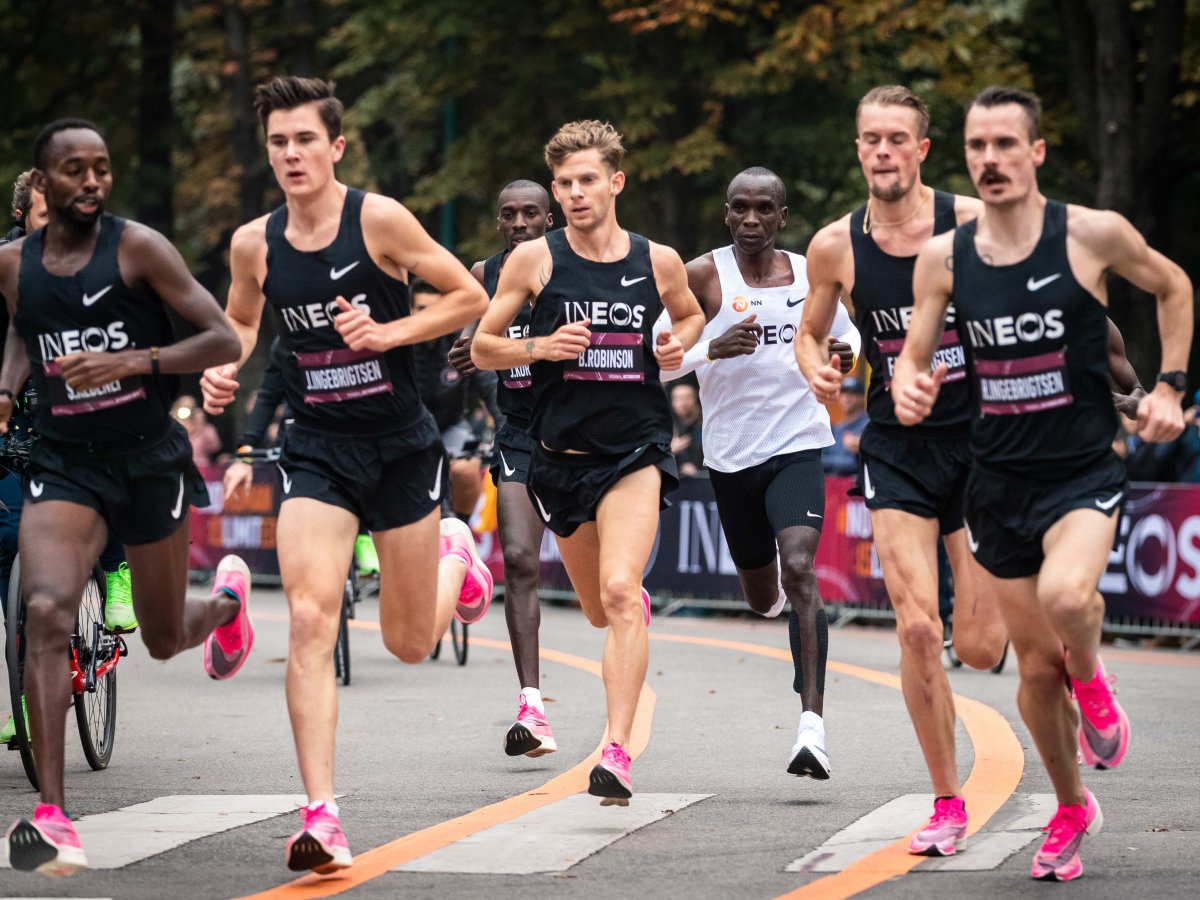 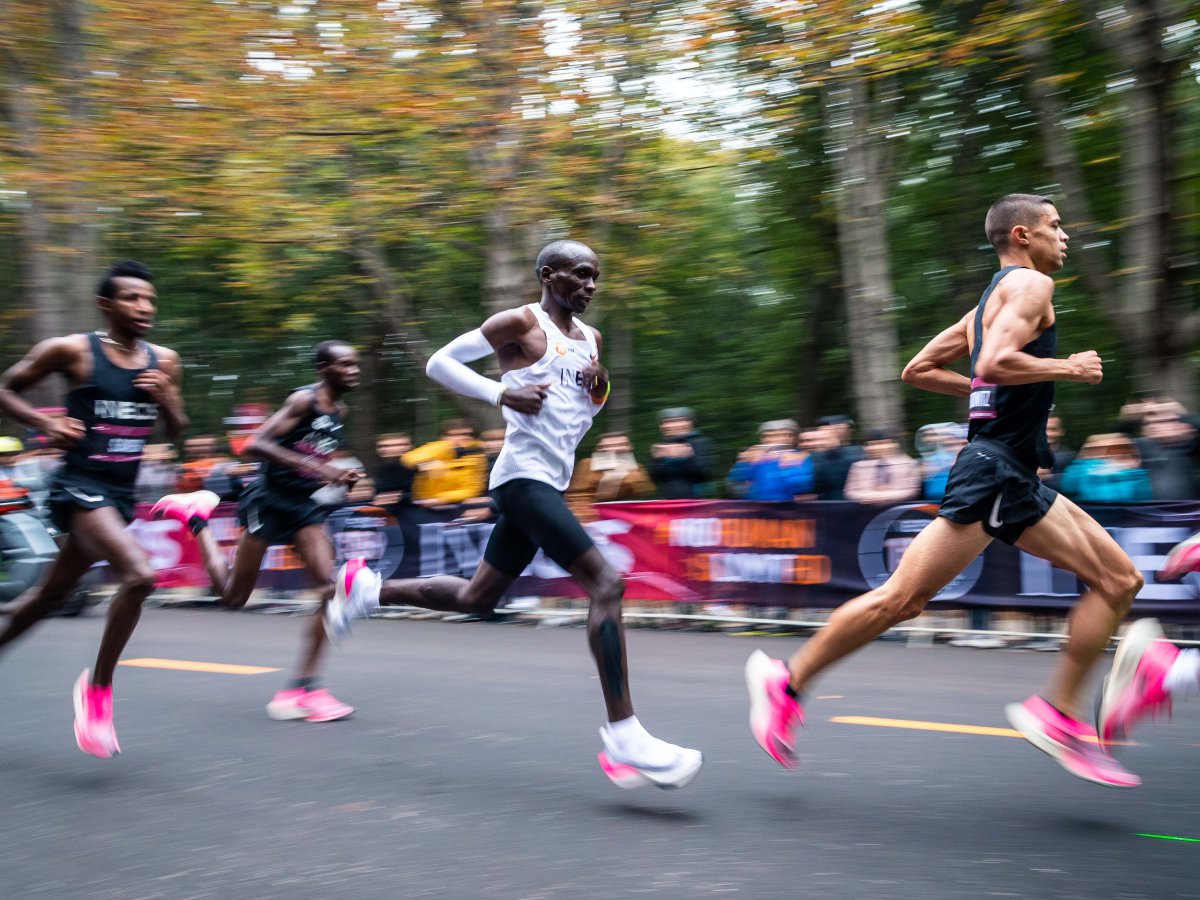 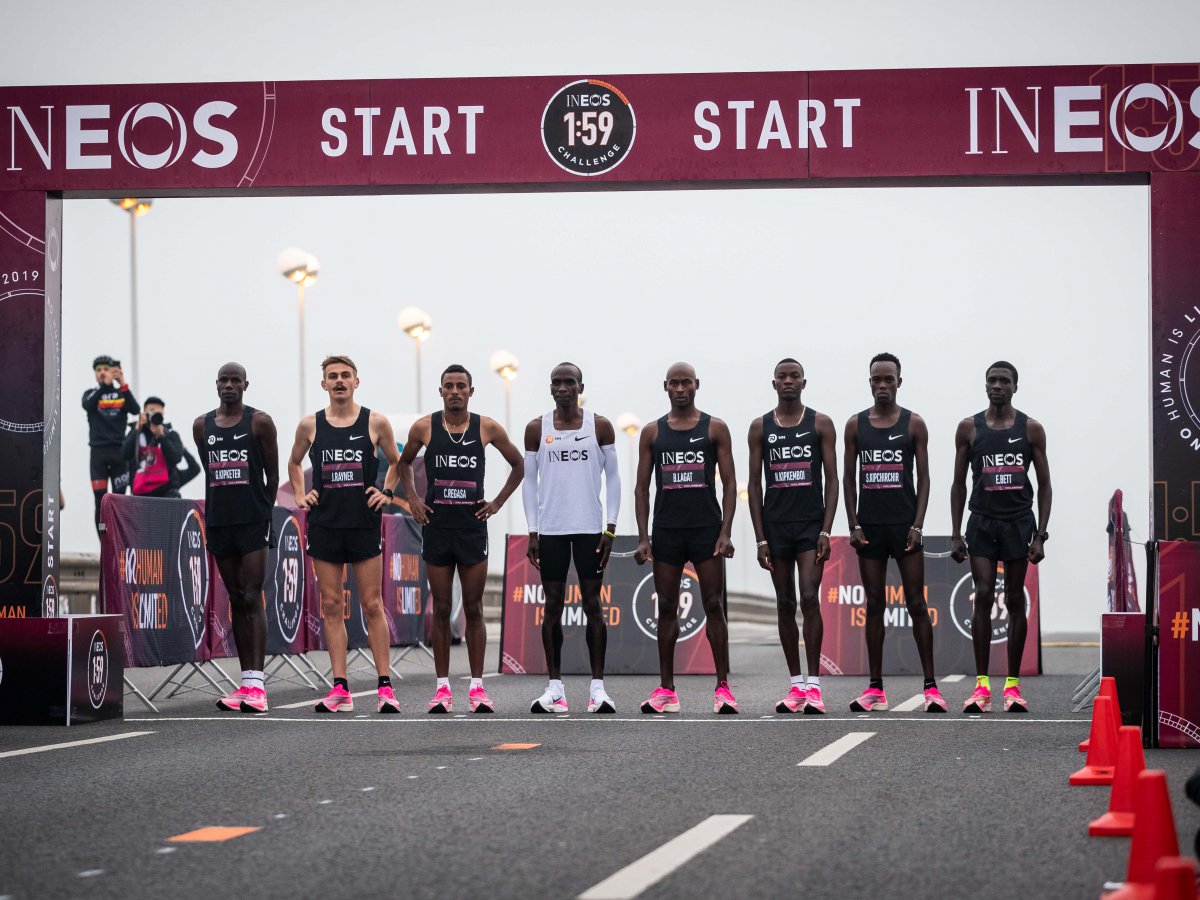 Starting the race at 8.15am on a foggy morning but in perfect temperatures of 9c on the Reichsbrucke Bridge, Eliud’s challenge was then complete 4.4-laps of the Hauptallee, the stunning tree-lined road which cuts through the heart of The Prater park in central Vienna.

Aided by seven-strong groups of well-organised pacemakers, Eliud started his bid for history in positive fashion, knocking off the kilometres consistently and by halfway he was ten seconds ahead of schedule.

The second half of the race was more of the same and unlike the 2017 Nike Breaking2 project - when Eliud gradually slipped off the pace – he maintained the necessary tempo with characteristic patience, calm and consistency.

In the final 500m, the pace car stopped and the pacemakers dropped behind allowing Eliud to milk the support of the huge and passionate crowd who had gathered in The Prater to watch history being made.

Crossing the line in his barrier-breaking time of 1:59:40, Eliud then sprinted into the arms of his wife, Grace, who along with his three children, Lynne, Griffin and Gordon, were watching Eliud compete for the first time.

“I was really calm, I just wanted to maintain the pace. At 35km and 40km my mind was focused on running. I did not think it was 50-50 (to achieve a sub-two-hour marathon).”

Eliud also praised the role of his army of 41 pacemakers, including 12 from the NN Running Team – among them Switzerland’s European half-marathon record-holder Julien Wanders and Eliud’s good friend and fellow Kaptagat-based training partner Augustine Choge.

“The pacemakers did a great job, they are among the best runners of all time,” he says. “I thank all of them and appreciate them for accepting to do the job.”

Yet for Eliud breaking the last great barrier in modern athletics was never about him and it was more generally about projecting a positive message to the world.

“I wanted to run under two hours and show human beings can do a good job and lead a good life,” he explains.

I want to make sport interesting whereby all the human beings can run together and make this a beautiful world.

NNRT founder Jos Hermens perhaps best summed up the accomplishments of Eliud Kipchoge on the Hauptallee in Vienna by simply referring to the Kenya’s astonishing performance in one world - “epic.” 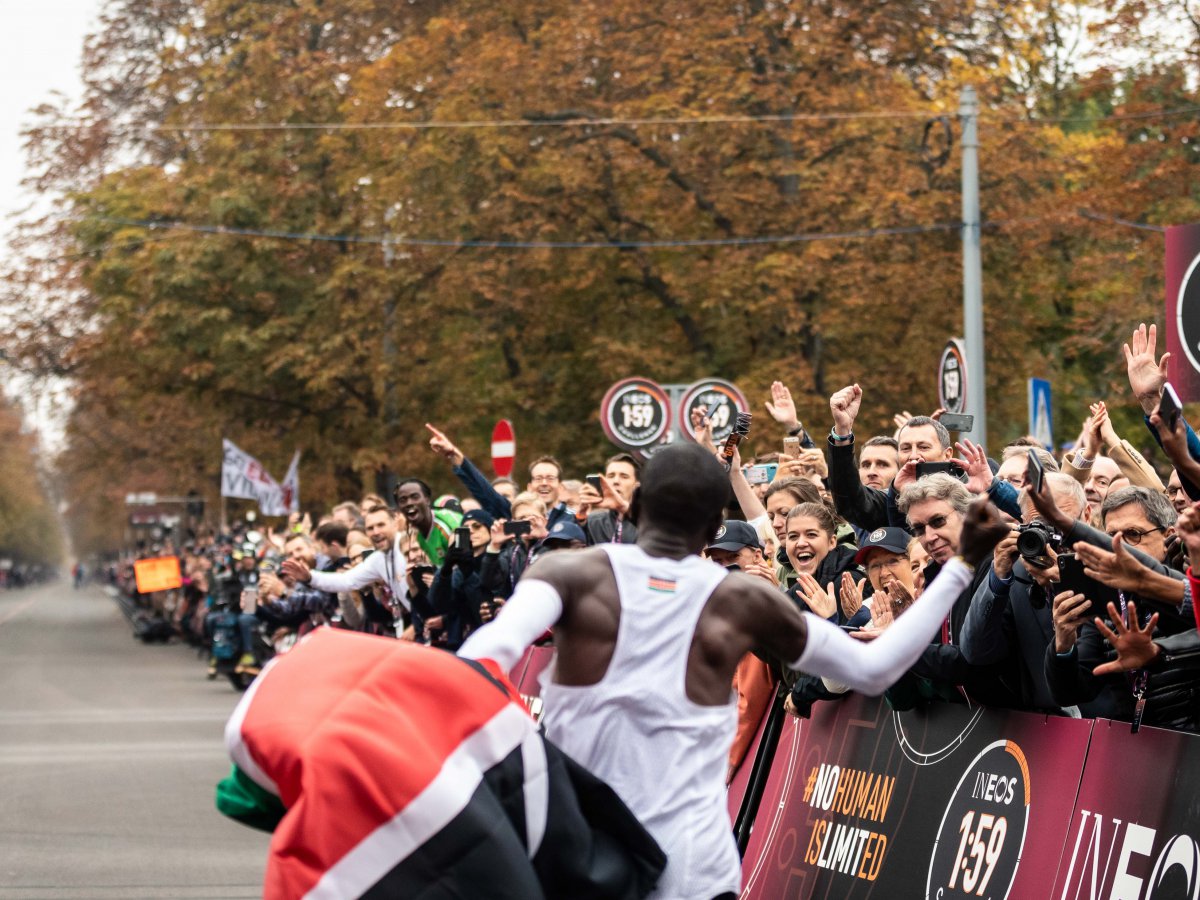 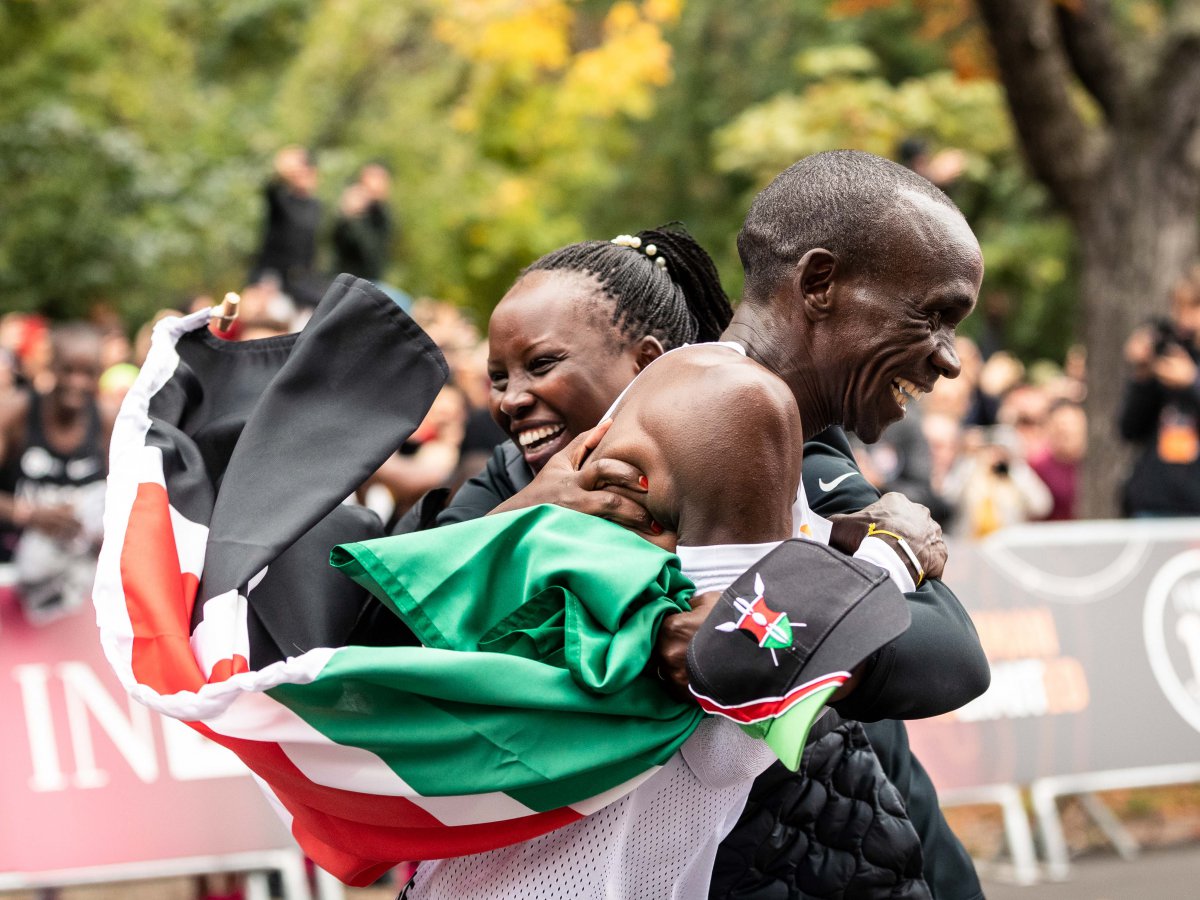 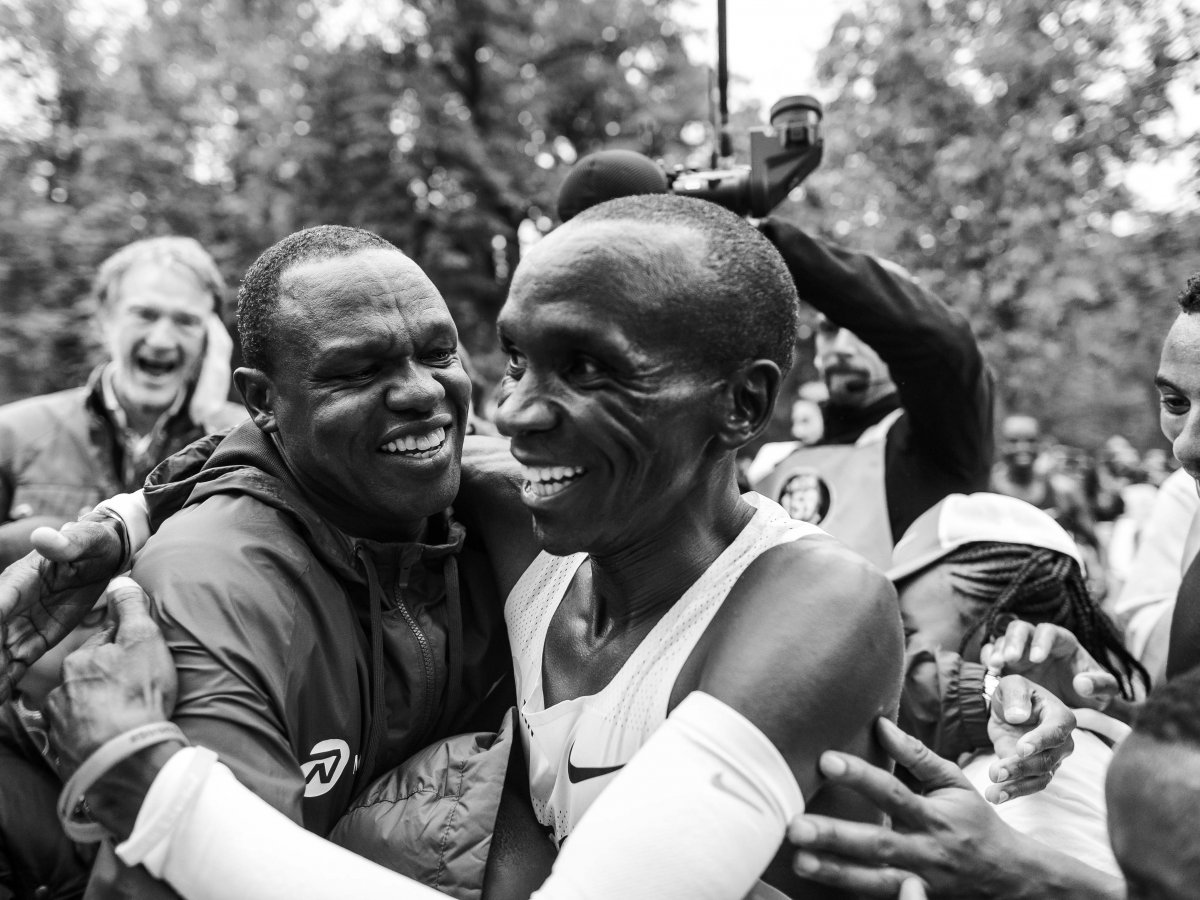 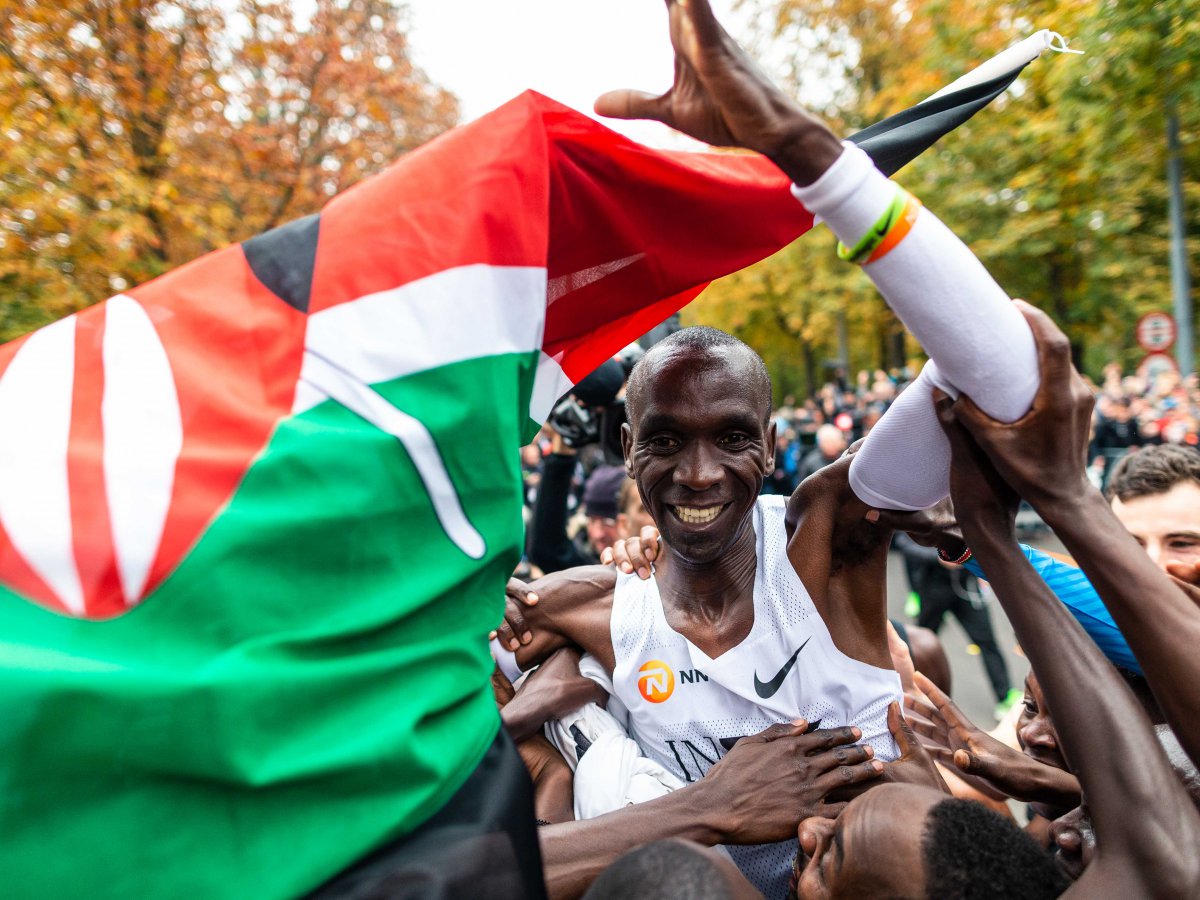