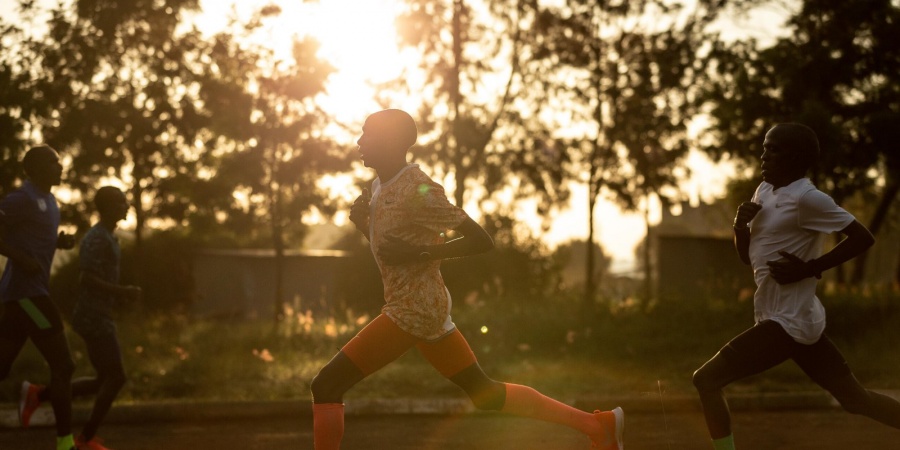 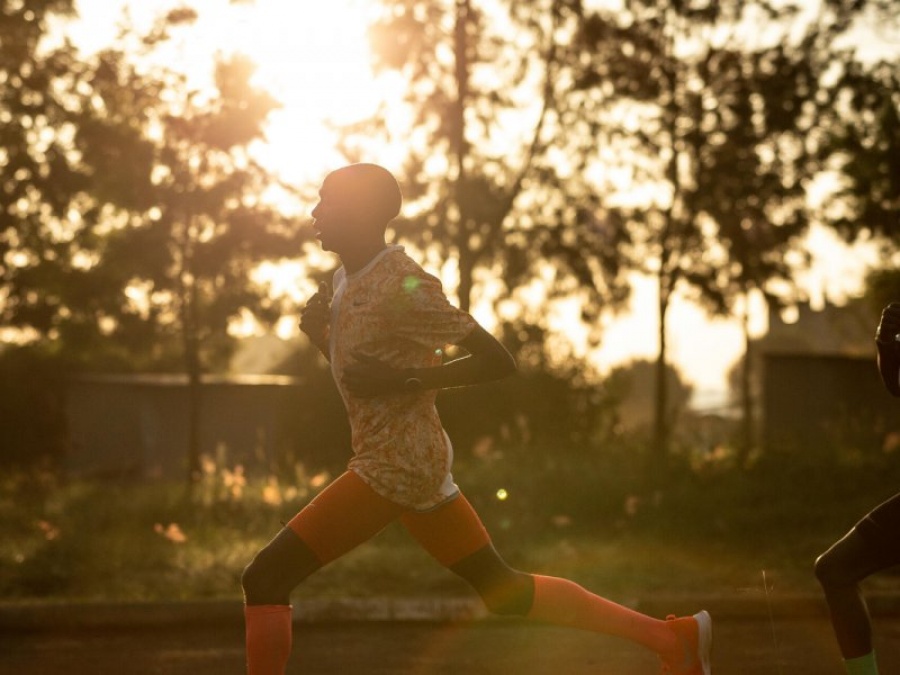 The former international middle-distance star and long-time friend of Eliud Kipchoge has recently stepped up to the marathon. Ahead of his next outing in the Valencia Marathon (Dec 1) we find out more about the experienced Kenyan.

Born and raised in Kipsigak in Nandi County – about 20km from Eliud Kipchoge’s home town - Augustine grew up the fifth eldest of 11 siblings on a small farm.

Living 6km from primary school he used to rack up a total of 24km of running a day (he also ran home for lunch and back to school) before later completing the 20km round trip to and from high school every day.

A keen footballer in his younger days, Augustine’s running talent was identified by a high school teacher who put him in contact with the renowned Kenyan-based Irish coach Brother Colm O’Connell. The Irishman, based out St Patrick’s School in Iten, has developed a raft of leading Kenyan runners including 1988 Olympic 1500m champion Peter Rono, and the past two world men’s 800m record holders Wilson Kipketer and two-time Olympic 800m champion David Rudisha.

Coming under O’Connell’s training regime from the age of 14, Augustine rapidly developed.

“Brother Colm was definitely a big influence, he was like a father-figure to me,” explains Augustine. “If you look back through the history of Kenyan athletics so many athletes have gone through his hands. He was very keen to support people in their desire to be successful.”

In 2003 he made his first international team when finishing fourth for Kenya in the men’s U20 race at the World Cross Country Championships in Lausanne – behind the winner, Eliud Kipchoge.

The pair formalised their growing friendship at this time and have remained close friends.

“Eliud was like a brother to me in camp (ahead of the 2003 World Cross Country Championships),” he explains. “I was a skinny small guy but Eliud was always supportive and encouraging. Even today we have a great relationship. He is never jealous and just wants everyone to be the best that they can be.”

“Even back then Eliud was always the front runner,” he says with a smile. 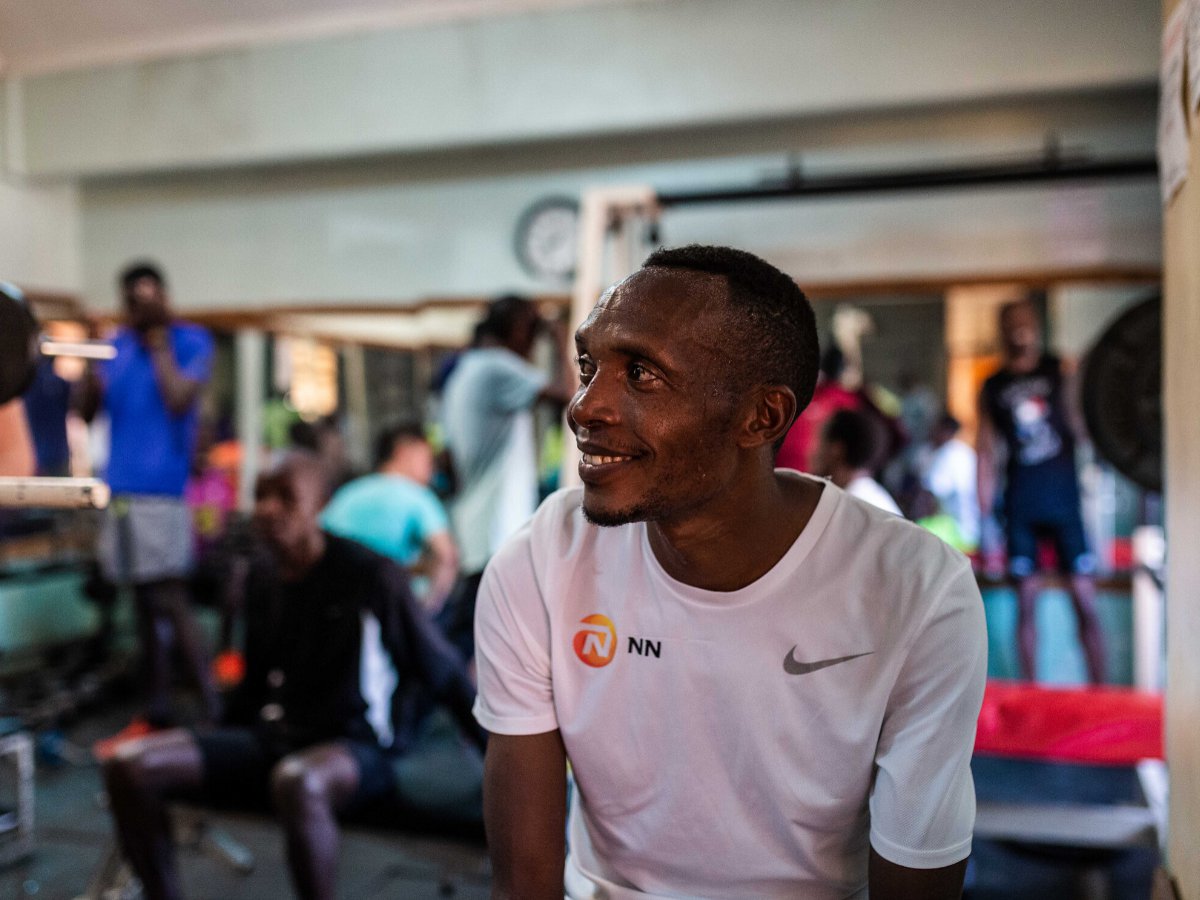 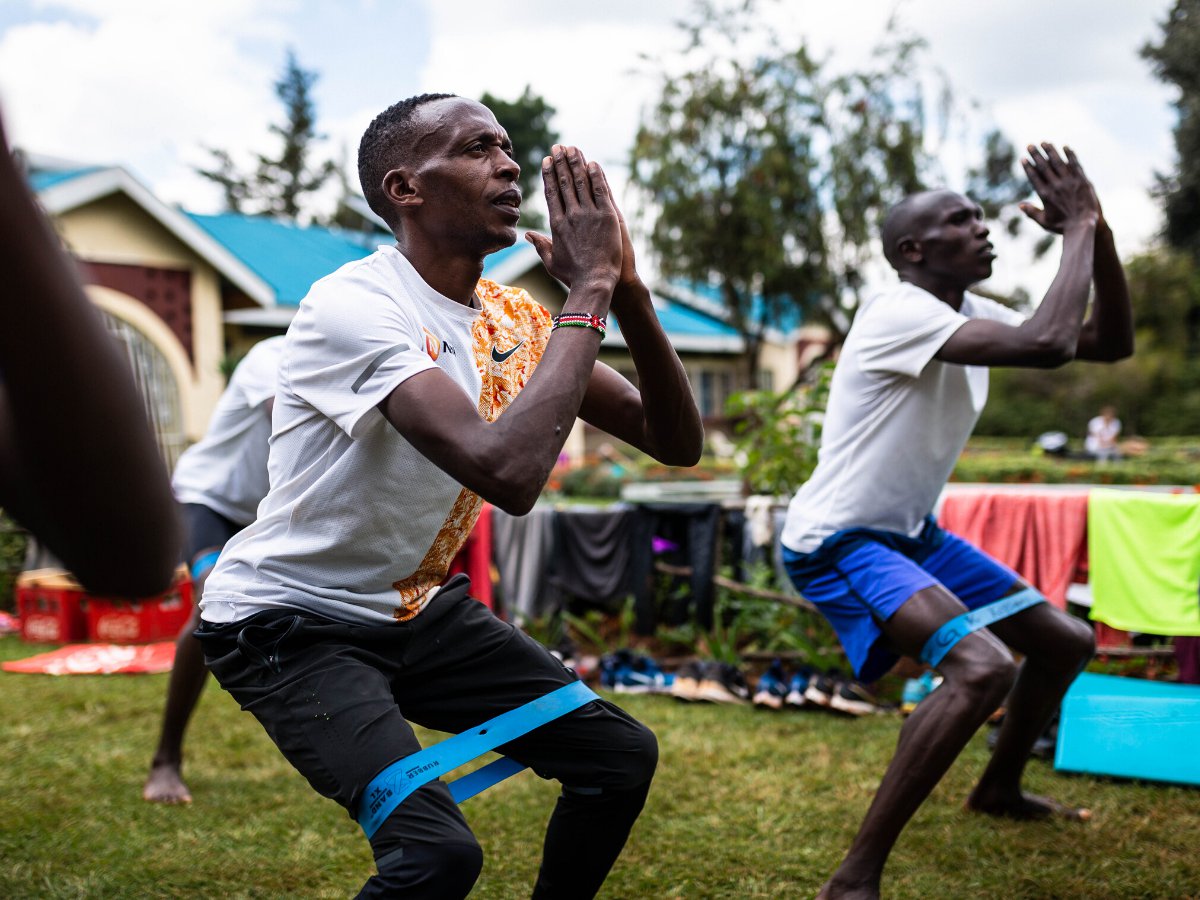 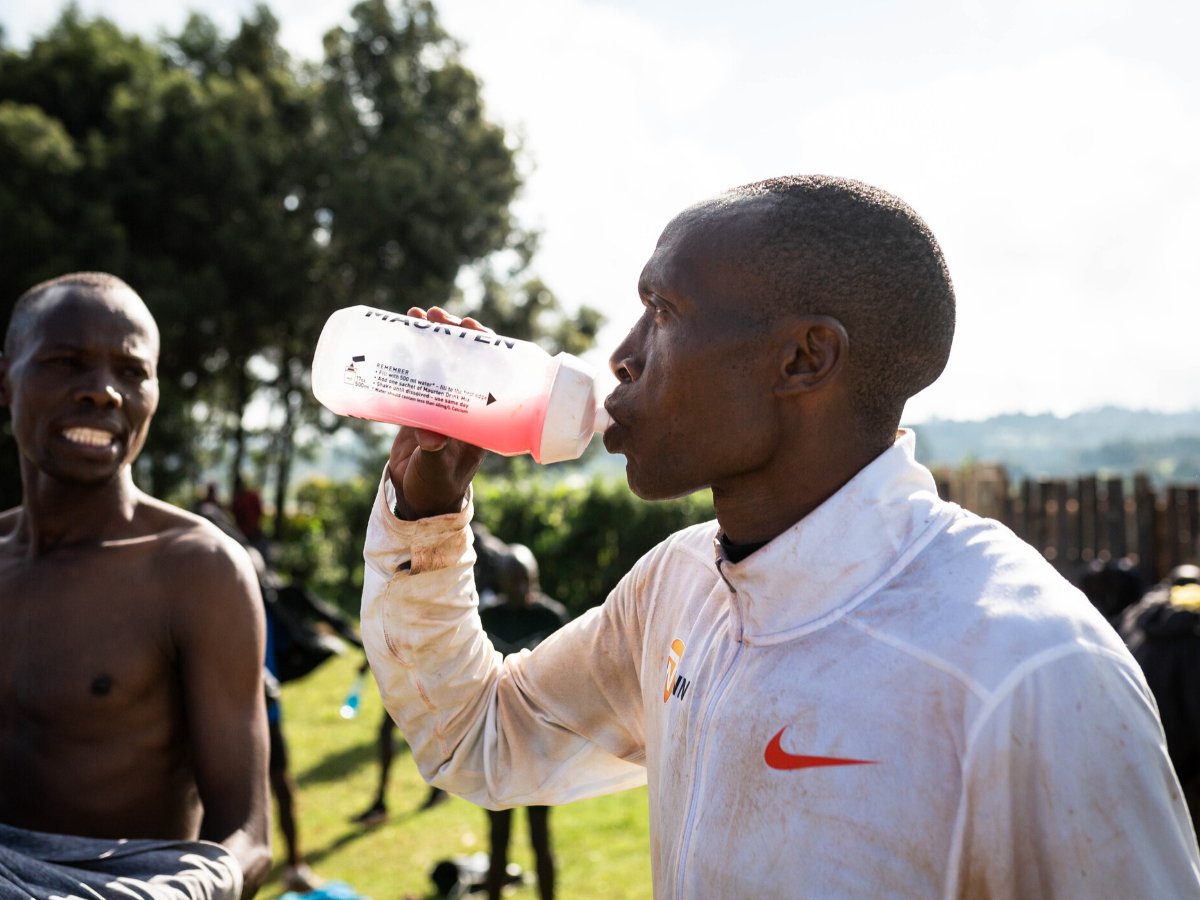 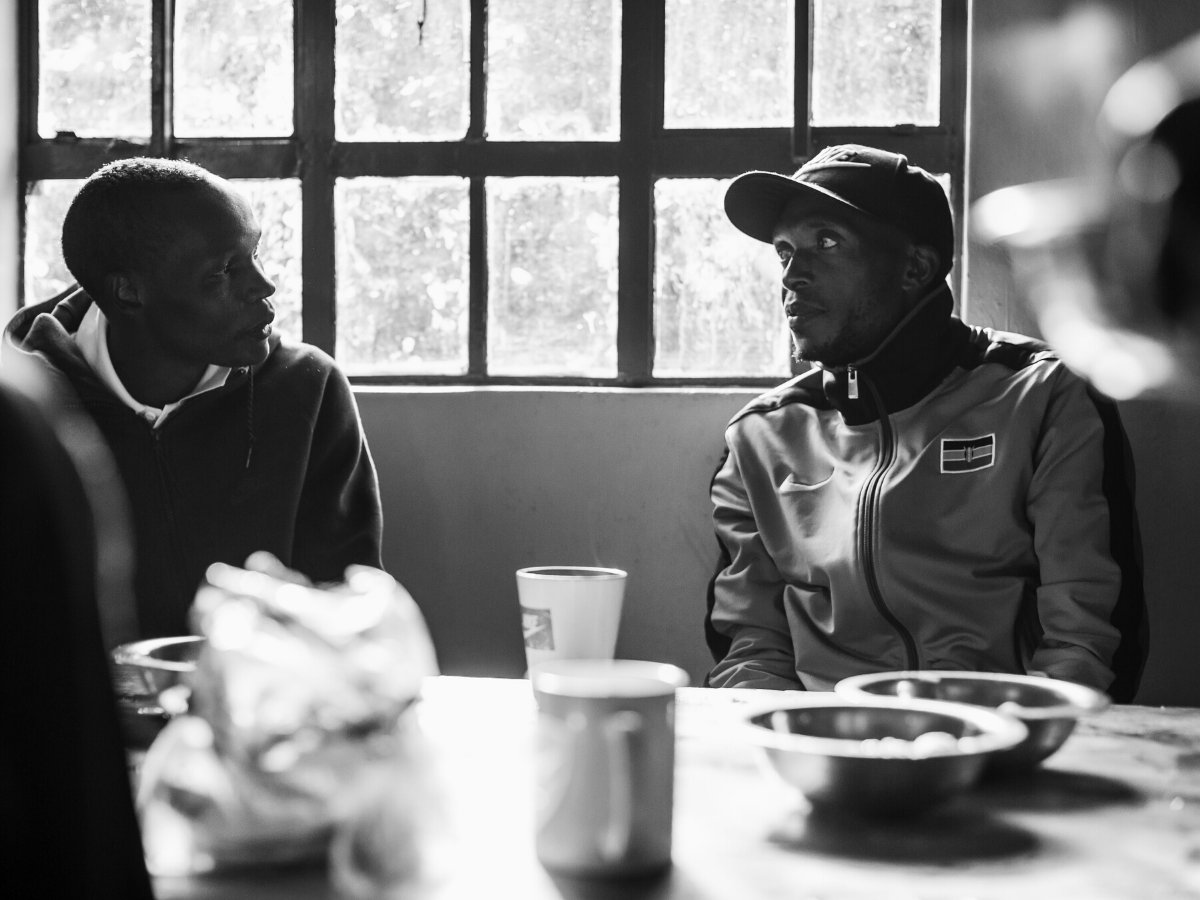 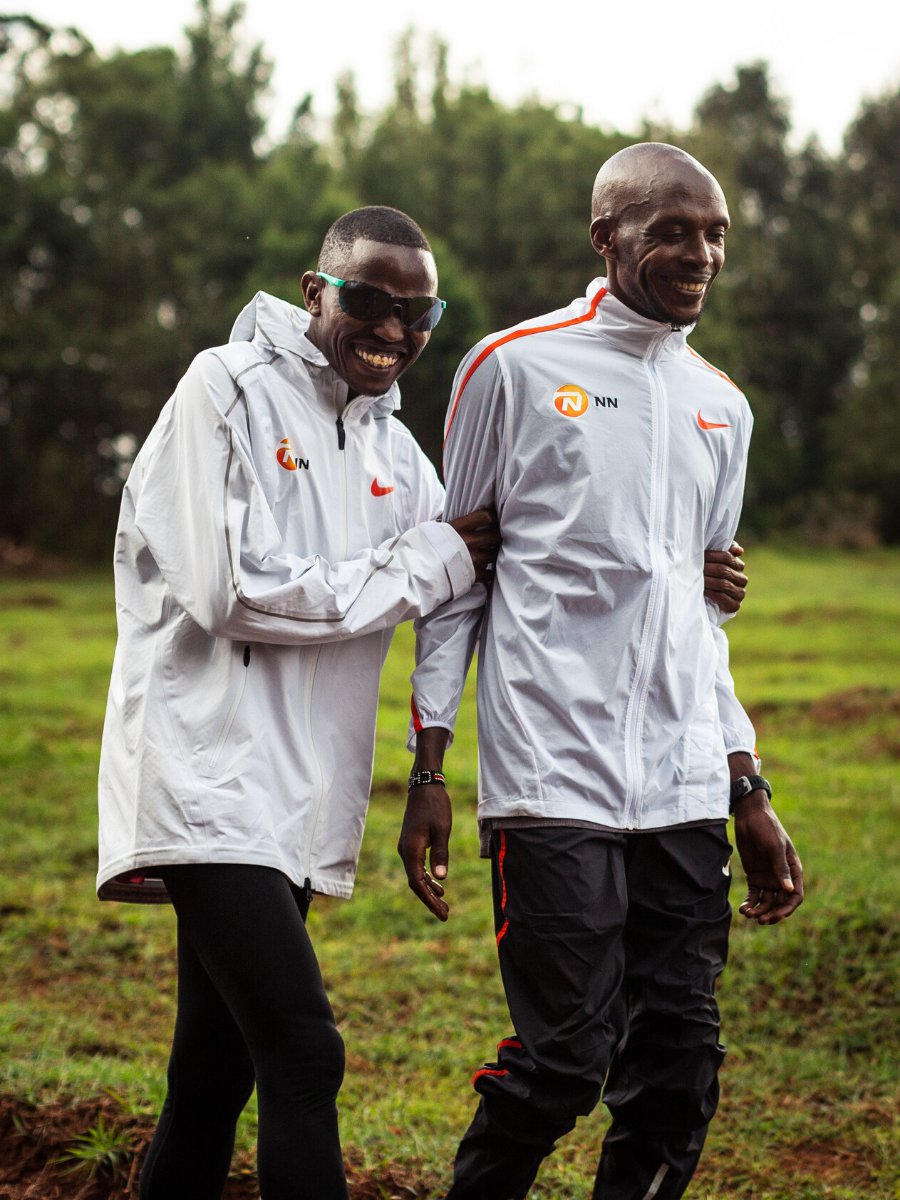 In 2006 he claimed one of the greatest achievements of his career when securing the Commonwealth Games 5000m title to defeat local favourite Craig Mottram in front of a crowd of 100,000 screaming Australians.

Amid a pulsating atmosphere inside the cavernous MCG (Melbourne Cricket Ground), Choge outpaced Mottram on the final lap to strike gold in 12:56.41.

“Melbourne is still in my mind as one of my greatest achievements,” he says. “The organisation was really good and the crowd added spice to the competition. The crowd were really rooting for Mottram but the cheering give me extra motivation. It was a great win for me.”

From 2007, Augustine stepped down in distance to focus more on the 1500m. He adapted quickly to the new challenge and in 2008 landed victory over 1500m in the Kenyan Trials to qualify for the Beijing Olympic Games. Unfortunately, he placed a distant ninth in the Olympic 1500m final and adds: “I was a bit weak mentally. I became intimidated by the finishing speed of the opposition and was already demoralised (by the time I took to the start line).”

In 2009 Augustine set a 1500m personal best of 3:29.47 in Berlin and placed fifth in the World Championship final, which were also staged in the German capital later that year. For several seasons he lost focus and although he earned some success, winning a World Indoor 3000m silver medal in 2012, later that year he picked up a stress fracture and did not finish over 5000m at the Kenyan Olympic Trials.

“I didn’t always concentrate on running (during this period) and when I returned I found I was behind, pushed too hard and got injured,” explains Augustine.

After winning a World Indoor 3000m bronze medal in 2016 and later that year missing out on qualifying for the Rio Olympics, the diminutive athlete has since focused his energy to the road.

Running an impressive 60:01 for third in the 2016 New Delhi Half Marathon in 2016, in early 2017 his burgeoning road career took another step forward, as he recorded 59:26 at the RAK Half Marathon to place third once more.

After a chat with Eliud he decided to focus his attention on the marathon – and although injuries have hampered his progression – he has enjoyed the experience.

“I initially joined in some long runs with Eliud on a weekend and in 2018 the NN Running Team allowed me to use their facilities in Kaptagat,”  explains Augustine, a father-of-two. “They made me feel really welcome and Eliud has been a great friend. We have great coaching and management. I am proud to be a part of this group.”

Adapting to the long run was initially tough. Following his first 40km effort he said “I slept for almost the rest of the day” but over time the former middle-distance star has successfully adjusted to the demands.

Unfortunately, a groin injury forced him to quit just 10km into his marathon debut in Chicago last year but he is now poised to make another marathon appearance in Valencia on December 1, where he is looking forward to a good display.

Recently elated to have acted as a pacemaker to help Eliud achieve his dreams of running an historic first sub-two-hour marathon as part of the INEOS 1:59 Challenge in Vienna, he now switches his sights on Valencia.

“Chicago was a big disappointment, as I believed I was in shape to run under 2:07,” he adds. “But as Eliud says, ‘when something doesn’t go well, forget about it and aim for the next branch’.

“I hope we will have good weather on the day (in Valencia). It is my ambition one day to step into Eliud’s shoes and be a great marathon runner. Anything is possible in sport.”