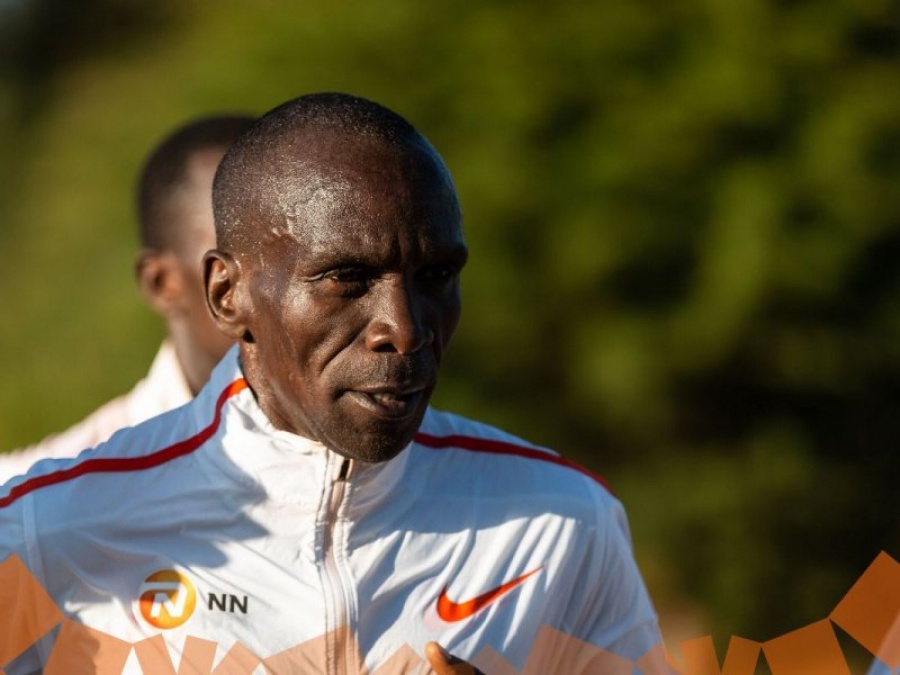 Eliud Kipchoge is set to compete at his fourth Olympic Games when he takes to the start line for the marathon on the streets of Sapporo in August. The Kenyan reflects on his three previous Olympic experiences in which he has mined a medal of every colour.

I was in very good form that year having set a PB of 12:46.53 in Rome but two of my main rivals Kenenisa Bekele and Hicham El Guerrouj, whom I’d beaten to the World 5000m title in Paris the previous year, were also in outstanding form. That season Kenenisa took more than two seconds from Haile Gebrselassie’s world 5000m record outdoors, posting 12:37.35 and also set a world 10,000m record in Ostrava in June in 26:20.31.

After winning the Kenyan Trials and earning selection, I flew out to the Olympic Village in Athens. This was my first experience of a multi-sport competition. It was a very different feeling to be at an event with not only athletes but also hockey players, footballers and tennis players.

Just like in Paris, Kenenisa had already won the 10,000m and Hicham the 1500m but I believed I could beat them in the 5000m. The gun went but the first lap was a dawdle at 71 seconds. I did not panic. Championship races with no pacemakers are much less predictable. The stakes are high and no athlete wants to over-commit too early. Abraham Chebii then steps up the pace with a 61-second lap and it is game on. Kenenisa then took control in the middle section. I briefly took the lead at just after half-distance only for the Ethiopian to return to the front.

With three-and-a-half laps to go I was keen to keep the pace healthy and returned to the head of the field. A pair of 63 second laps were followed by a 61.40 penultimate lap. At the bell, I led by a stride from Bekele with Gebremariam and El Guerrouj in close order.

At that point in the race, just like in Paris, I was confident. I stepped on the pace and still led down the back straight but with 200m to go Kenenisa swept by me. I tried to respond but then just as we entered the home straight El Guerrouj edged clear. I had dropped to third. Down the final 100m I gave it my all but on this occasion Kenenisa and Hicham were too strong and I had to settle for bronze.

I was not too disappointed. I was happy with the result.To win an Olympic medal was still a great achievement. 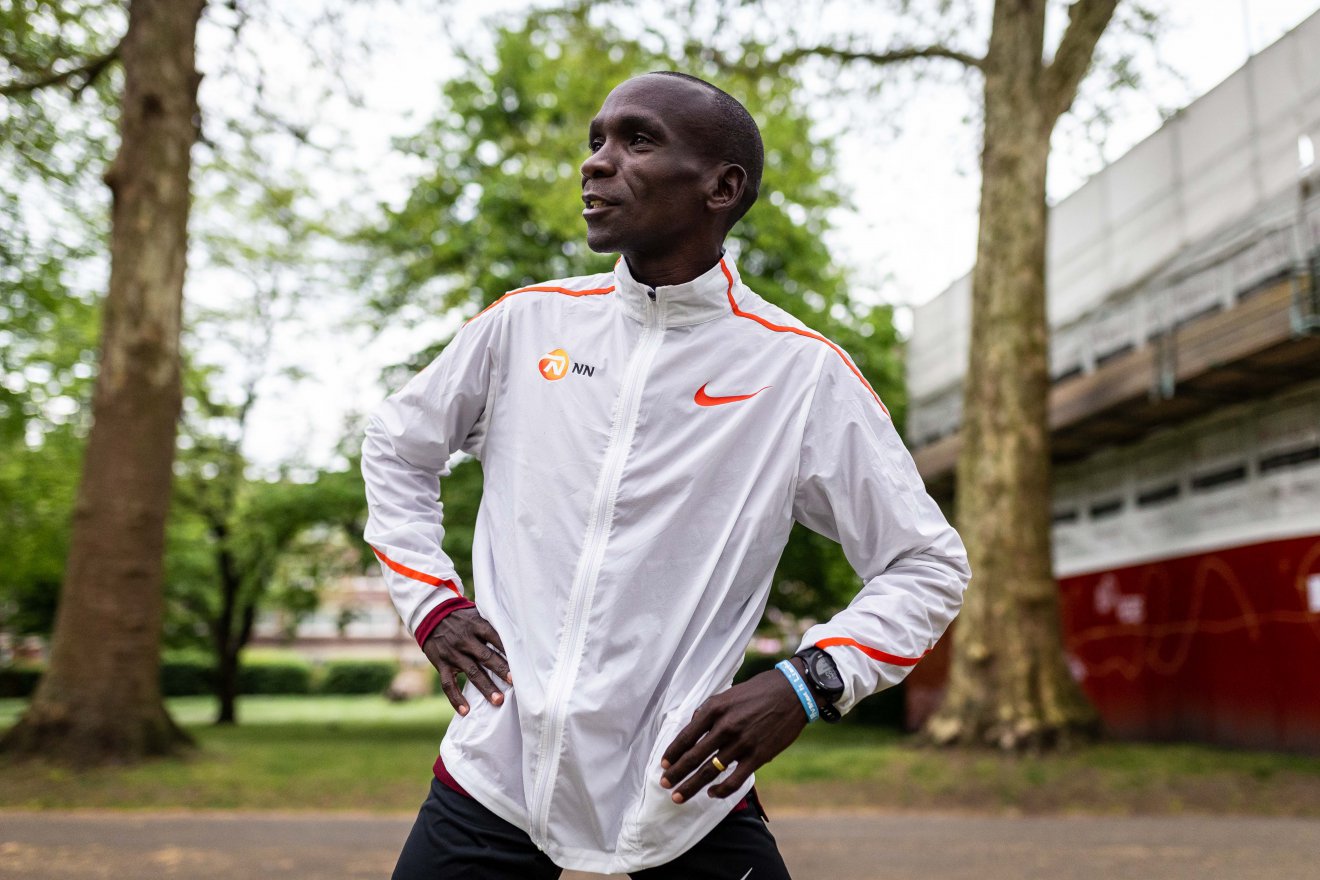 In 2008 I was not the rookie athlete I had been back in 2004 when I made my Olympic debut. My goal was to win a gold medal and to achieve this I had to be the best prepared athlete I possibly could. It was mission accomplished at the Kenyan Trials, where I finished second behind Edwin Soi to book my place on the Kenyan team.

Earlier in the Olympic programme, Kenenisa had won the 10,000m gold and he was attempting the long-distance double of 5000m and 10,000m. The field for the 5000m final was strong. The world champion Bernard Lagat was on the start line. The Ugandan Moses Kipsiro and my Kenyan team-mates Soi and Longosiwa would be a danger. Bekele also has a special weapon with his brother, Tariku, in the final. To have two brothers compete in one event at an Olympic Games is very unusual. It is also a big advantage.

The first 600m of the final is slow but then the Bekele brothers, alongside the third Ethiopian Abraham Cherkos, quicken the pace. The three of them taking turns at the front. Each lap is completed in 62 or 63 seconds. It is quick. Kenenisa Bekele is the world record-holder for the distance, so he is not afraid of the pace. With three laps remaining Cherkos and Tariku have gone – their work complete in helping Bekele run at a tempo he enjoys.

Leading into that final 1200m there are only five in contention; Bekele, myself, Soi, Kipsiro and Lagat. The world champion Lagat is the first to lose touch followed by Kipsiro. At the bell I’m on Bekele’s shoulder followed by Soi – the three of us in the battle for the medals.

Bekele accelerates, I try to follow but by the middle of the back straight the gap has widened to 8m. Entering the home straight I realised the race was gone. Kenenisa completed the formality of winning gold – and the long-distance double – in an Olympic record 12:57.82.

I wanted a medal and I also improved on the bronze I won four years earlier in Athens.

I simply had to concede defeat to the better man on the day. 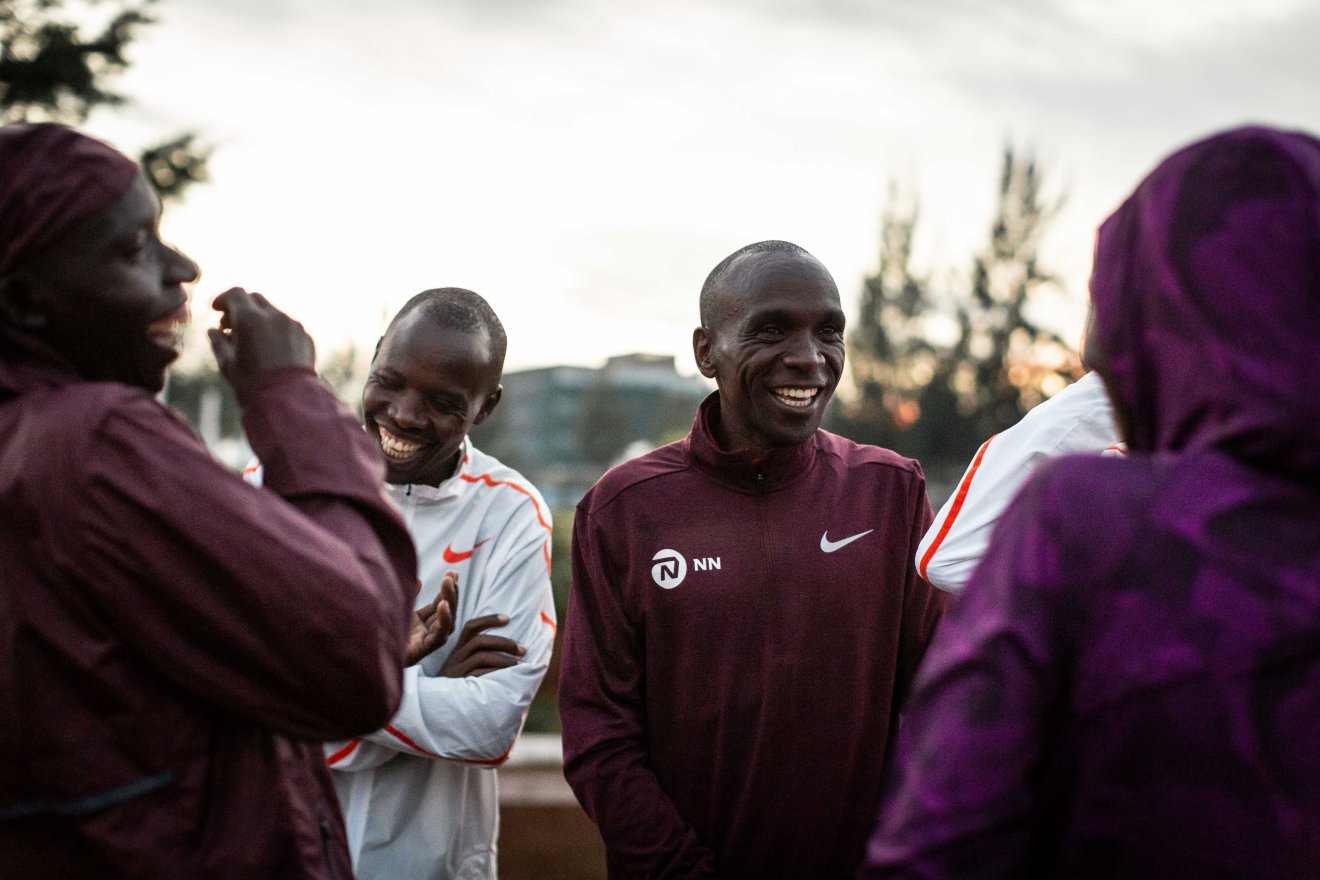 I had missed out on making the Kenyan Olympic team for the London 2012 Olympics, which was the biggest disappointment of my career. Out of that I had a meeting with Patrick Sang and decided to step up to the marathon, which was to prove a great decision.

Earlier in 2016, I had come within eight seconds of the world record to win the London Marathon in 2:03:05. It was my fifth marathon win in a row and my sixth out of seven career marathons and I was confident in Rio, although championship marathons are always very unpredictable.

I awoke to a wet day in Rio with muggy temperatures in the low 20 degrees Celsius. Besides my Kenyan team-mates – Stanley Biwott and Wesley Korir – I would face as usual a strong Ethiopian challenge led by Feyisa Lilesa, the Tokyo Marathon winner. World champion Ghirmay Ghebreslassie of Eritrea would be another threat as would my training partner, the defending champion Stephen Kiprotich of Uganda. Yet my goal was to focus on myself. My tactics were to stay with the pace up until 30km.

I felt easy and comfortable as we went through halfway in 65:55.

My winning move was made a little later down the road. At around 27km, Wesley, Stanley and I slowly worked together to increase the pace. At the 30km split, passed in 1:33:15, I was part of a pack of nine. I lifted the pace. Two kilometres further the lead group was reduced to four; Rupp, Lilesa and his compatriot Lemi Berhanu.

At 35km I only had Rupp and Lilesa for company, but the American’s challenge for gold soon faded as he dropped off the pace.

I was leading at 36km with Lilesa running behind. I motion to him to pick up the pace. I am not a pacemaker. He does not move his position and 100m or so later I decide to surge. I step up the pace and open up a gap.

That lead had grown but I was unaware of where Lilesa was. In the final 400m I looked behind several times to check on the Ethiopian but he was nowhere to be seen. I was about to become an Olympic champion.

It was the most emotional I’d ever felt after a race (up until that point in my career). I had completed the race in 2:08:44, the slowest marathon in my career, but time was irrelevant.

It was important to finally win an Olympic gold medal. Few get to ever compete at an Olympic Games let alone win gold. I am still hugely proud of the accomplishment.