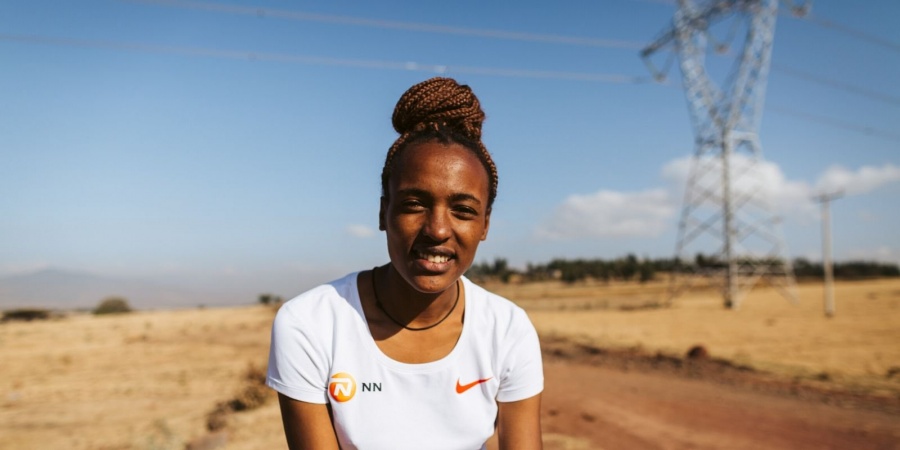 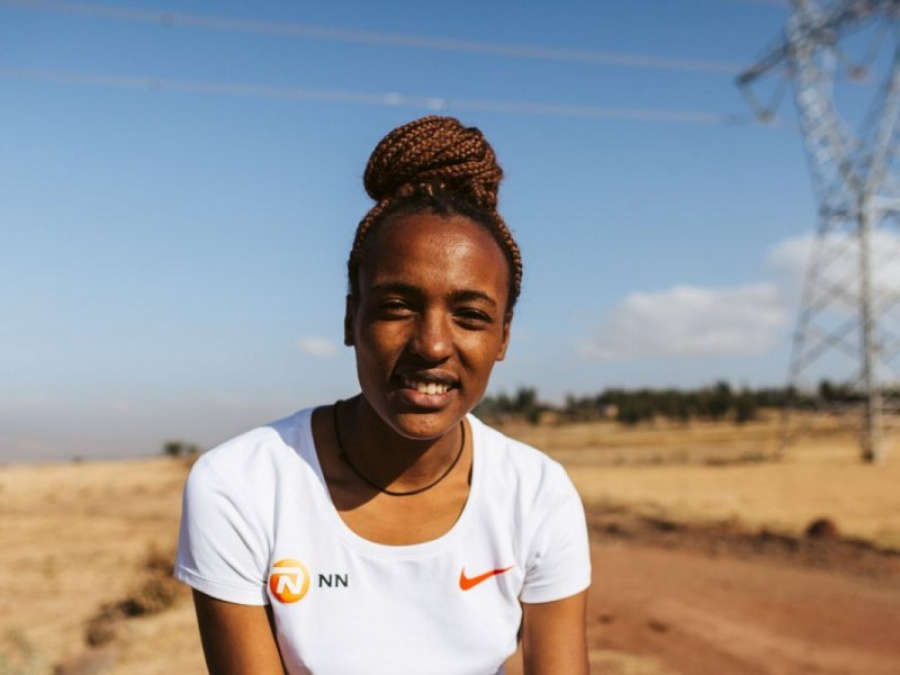 Tsehay was one of the quiet success stories in the NN Running Team last year, finishing fourth in 5000m at the World Championships, sixth at the World Cross Country Championships and setting a course record at the New Delhi Half Marathon. We chat to the versatile 21-year-old to find out more of her  ascendency in the sport.

Raised the second eldest of four siblings on a large farm in the village of Enkolbe in the Arsi zone of the Oromia region, Tsehay recalls developing a strong endurance background by running 12km a day to and from school.

Finishing “first or second” at her first ever running race over 3000m at primary school encouraged Tsehay to pursue athletics more seriously.

“After that performance and also watching Tirunesh Dibaba (the three-time Olympic champion who coincidentally also hails from Arsi zone), I thought I’d like to run more often.”

Athletics has always been the number 1 passion of the amiable Tsehay but she also likes watching football. She is a fan of both Premier League teams Arsenal and Chelsea and when she was younger she was a big admirer of Chelsea striker Didier Drogba and his Blues’ team-mate midfielder Frank Lampard. 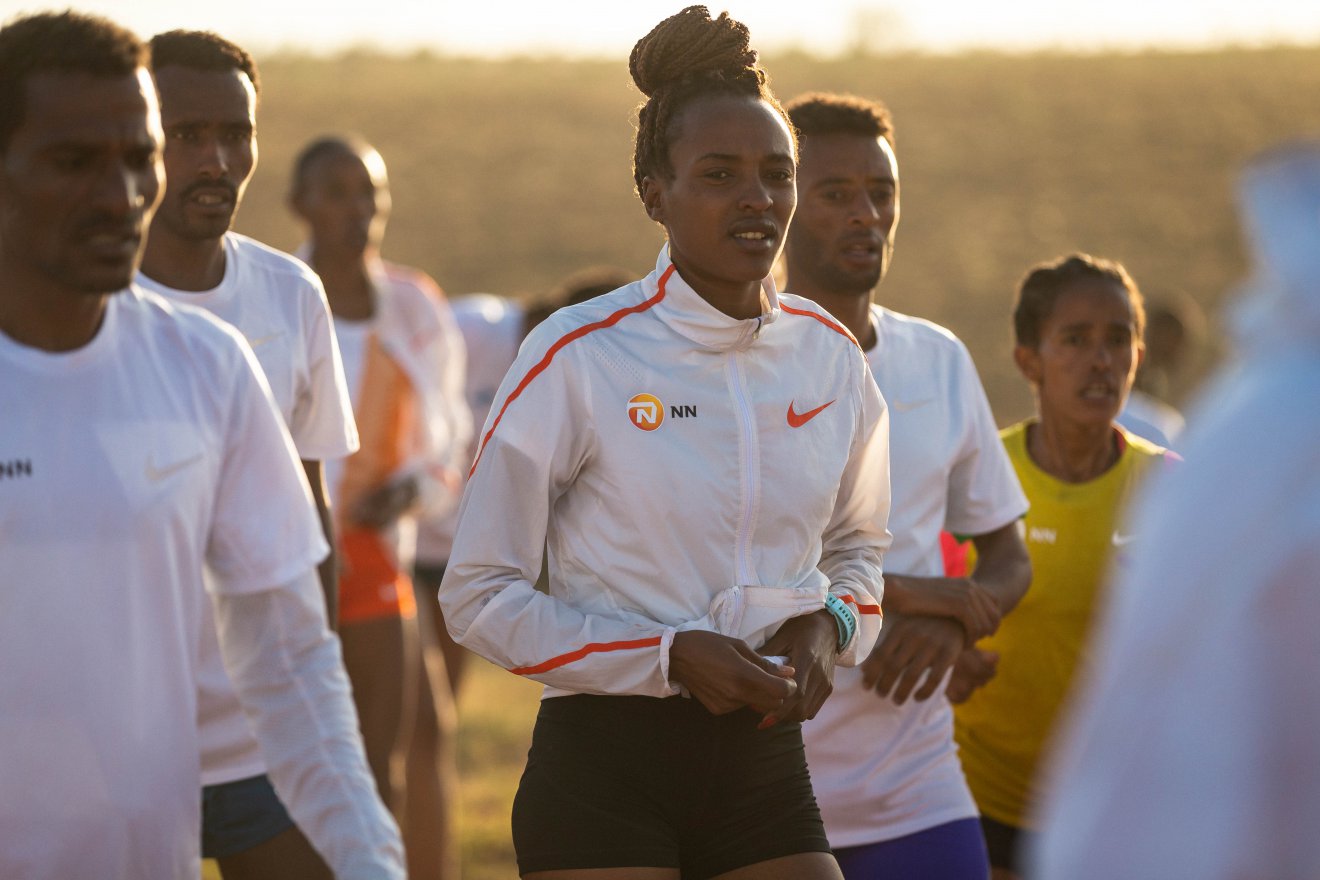 Boasting good natural speed, she caught the eye of club recruiters and at the age of “14 or 15” she joined the Muge Cement club, where she continued her athletics evolution.

Later moving to Addis Ababa in 2016 she joined the training group of her current coach, Tessema Abshero, who is hugely impressed by her breadth of qualities as both an athlete and a human.

“She also has good speed and power and a good relationship with all the other athletes in the group.”

Tsehay made her international debut in April, 2017, finishing seventh in 33:07 over 10km in Paderborn, Germany.

“I didn’t have any international experience and at first everything was hard,” recalls Tsehay. “I missed home a little, but it was my first international competition and a good experience for me.” 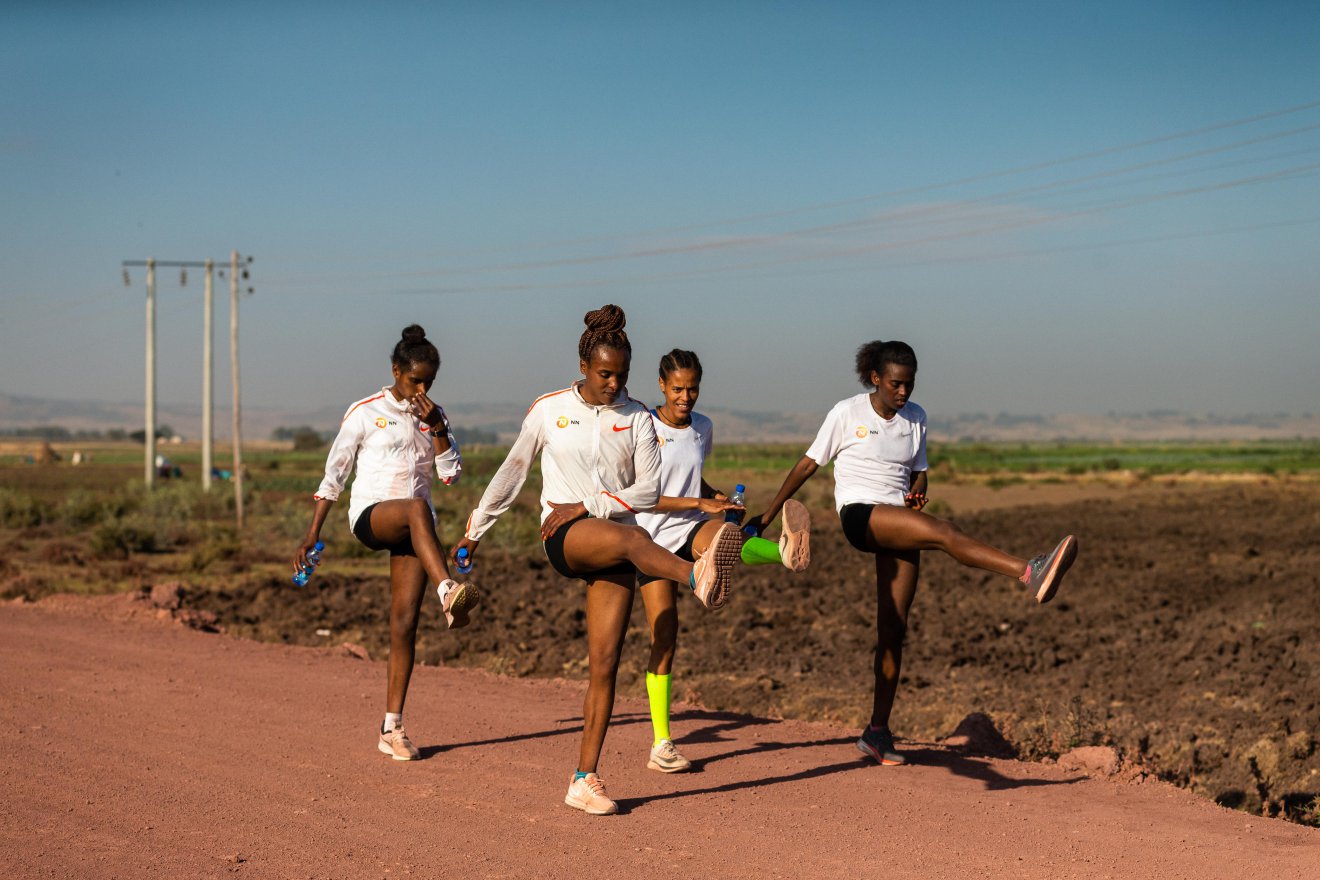 In 2018 she gained more international exposure running a series of 10km races in Europe, which included a victory in 31:53 in Wierden, and a second place finish behind Kenyan Agnes Tirop, the 2015 World Cross Country champion, in Tilburg in a personal best of 31:07.

Yet it was her performance at the New Delhi Half Marathon in October that year where Tsehay first announced herself as a future star with a stunning debut performance over the 21.1km distance. Defeating not only her childhood hero, Tirunesh Dibaba who finished a distant sixth, but also outsprinting the then world half marathon record-holder, Joyciline Jepkosgei, to clinch victory in a course record 66:50 was a performance which impressed and even shocked Tsehay.

“To be honest, I hadn’t changed my training to do this race, so I was surprised that I won and ran so fast,” she says. “Beforehand, I was thinking I could run maybe 67 or 68 minutes for the half marathon because it was my debut over the distance,’ she says. “I also knew I was up against many good athletes. At 18km I felt very strong but I was very shocked to go on to win. This victory was a nice one for me.”

It was a big moment for Tessema too, who received the news of Tsehay’s performance while driving his car in Addis Ababa. “I was so shocked and excited, I momentarily lost concentration and I almost swerved off the road,” he recalls with a smile.

With Tessema keen to diversify Tsehay’s skillset by developing both strength and speed through cross country, track and road she started 2019 with a bang, carving 15 seconds from Tirunesh Dibaba’s Ethiopian 10km road record in Valencia in a hugely impressive time of 30:15 on her way to victory.

The performance acted as the perfect springboard for the World Cross Country Championships in Aarhus, Denmark, where she placed a highly respectable sixth – 32 seconds shy of a podium spot.

“There was a lot of hills and it was very muddy, but it was the same for everyone,” explains Tsehay, who is based in Sululta just outside of Addis Ababa. “I was aiming for gold but sixth place was nice.” 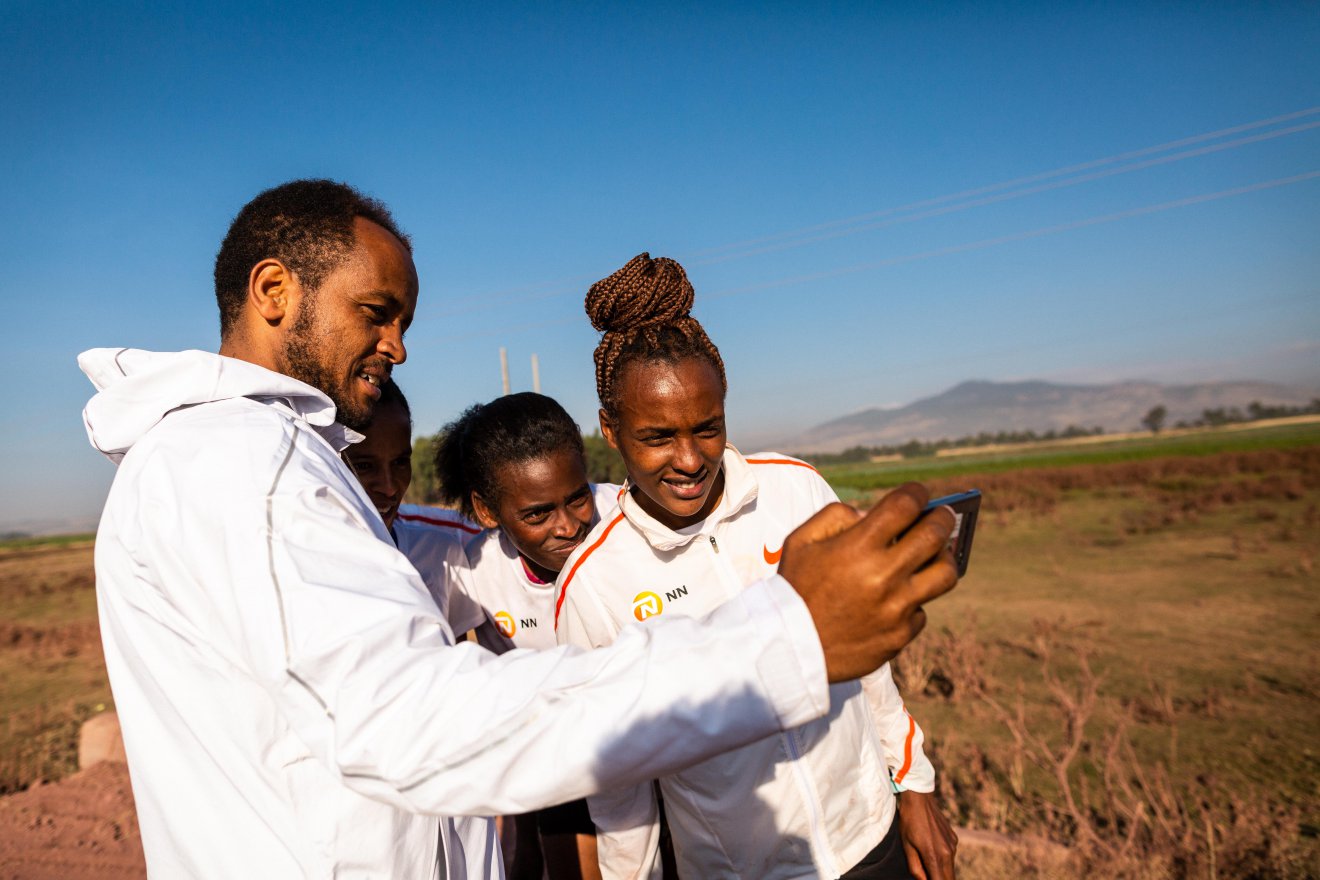 Tsehay then went on to enjoy an outstanding debut international track campaign. In Rabat, she struck gold in the 10,000m at the All Africa Games before going on to place fourth – just over a second outside of a podium spot - in the 5000m final at the World Championships in Doha by wiping more than 30 seconds from her personal best in 14:29.60

Tsehay then ended her 2019 on her high, retaining her New Delhi Half Marathon title by scalping 50 seconds from her course record time to outsprint her countrywoman Yalemzerf Yehualaw to victory in 66:00.

According to Tessema, the long-term goal for Tsehay is the marathon,  where he believes she is capable of a “2:17 or 2:18 time.”

Training between 120-130km a week and entering what will be just her fourth season of her international career this year, Tsehay clearly has a lot more to give and there is no denying the scope of her future ambition.

“I would like to win World Championship and Olympic gold medals and break world records,” she adds.