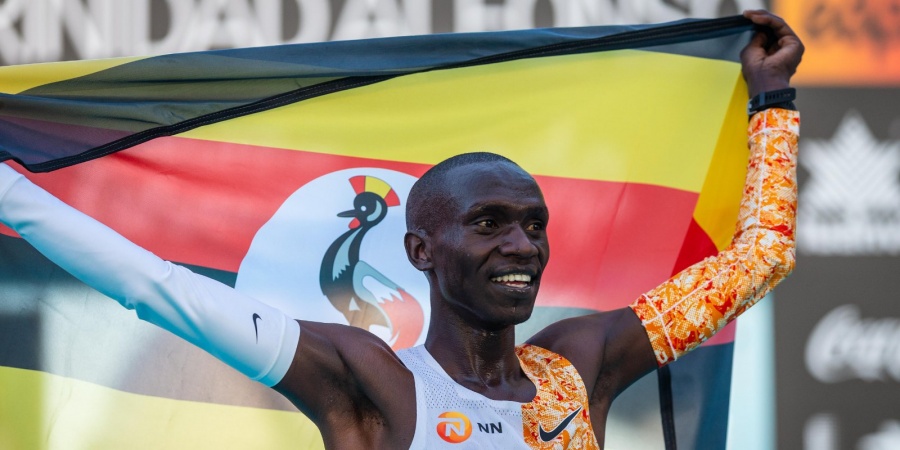 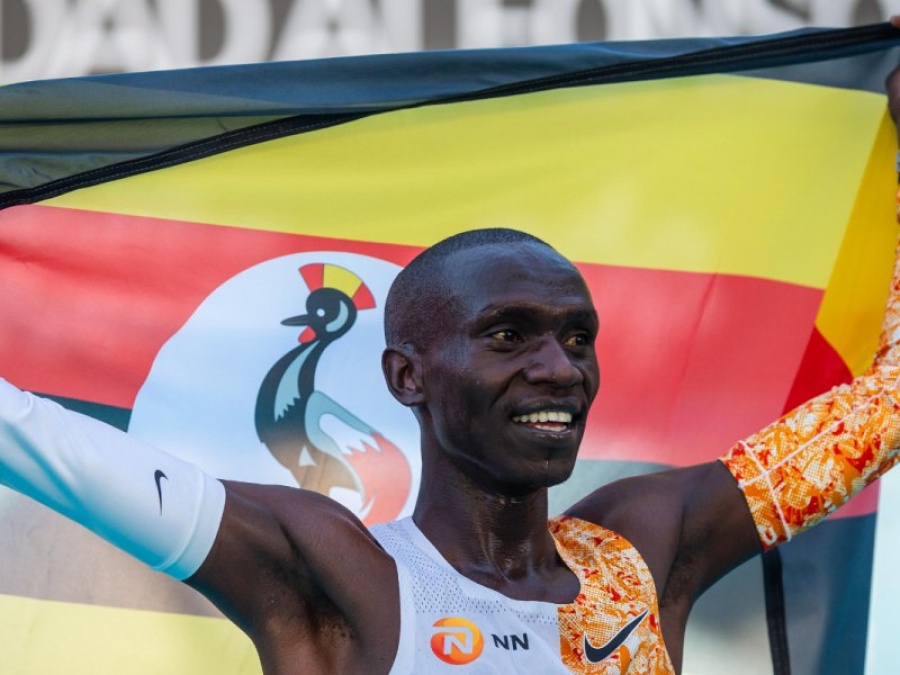 Joshua Cheptegei, the hottest property in global endurance running, hopes to create another magical moment in his rising career as he plans an assault on the world 10,000m record at the NN Valencia World Record Day on Wednesday October 7 at Turia Stadium in Valencia, Spain.

Organised by the NN Running Team, Global Sports Communication and SD Correcaminos, the one-off event aims to capitalise on the Ugandan’s stunning recent form, which last month saw him lower Kenenisa Bekele’s 5000m world record in Monaco. In Valencia, Joshua will be targeting the stunning mark of 26:17.53 set by Kenenisa in Brussels 15 years ago – the longest standing men’s 10,000m world record in history.

As a further measure of the quality of the world 10,000m record, no athlete other than Kenenisa Bekele has come within five seconds of the time but following Joshua’s 1.99sec dismantling of the Ethiopian’s 5000m world record in Monaco, the Ugandan will be confident he can mount a strong challenge in Valencia City of Running.

“I am very excited to be given the opportunity to target the 10,000m world record,” explains Cheptegei, who last year was crowned world 10,000m champion in Doha and whose current Personal Best for the distance is 26:48.36. “As my performance in Monaco showed, I am in outstanding form, so I would like to make the most of my current shape by attacking the 10,000m world record. Kenenisa’s 10,000m world record is one of the toughest in the books, but my training continues to go well and this gives me real confidence I can set another world record. I have many happy memories in Valencia having set the world 10km road record there last year in 10K Valencia Trinidad Alfonso, so hopefully we can once again create something truly special Valencia, were running plays such an important role.”

In an attempt to add the 10,000m world record to the 5000m track world record and his current world road records over 5km and 15km, Cheptegei  will be utilising world-class pace making support as well as the innovative Wavelight technology.

Following his world record bid inside at the athletic tracks of the Turia Stadium, along section III of the Turia Gardens in Valencia (Spain), and will meet all safety measures required for the situation at the time of the event. Joshua plans to make his debut over the 21.1km distance at the rescheduled World Half Marathon Championships in Poland on October 17.

NN Running Team superstar athlete Kenenisa Bekele, who has been the proud owner of the world 10,000m record for the past 15 years, said: “I was delighted that the record went to Joshua, one of my NN Running Team mates. He is an outstanding talent, who is clearly in great form and I wish him all the best in pursuit of the 10,000m world record in Valencia.”

Trinidad Alfonso Foundation and Nationale-Nederlanden Spain, part of the NN Group, both known for their involvement and support of running, partnered up to make this attempt possible. They both like to support Joshua in his attempt to make history and believe that sport helps in these challenging times.

Race organisers are in close contact with the local government in order to follow all the local and regional Covid-19 measurements to ensure the full safety of all those involved. SD Correcaminos is the club organizer of Valencia Marathon and Half Marathon since 1981.

Spectators | Information will be announced later. The decision will be made by the local government as the organisation will follow all the local and regional COVID-19 rules.

Livestream | Broadcast and livestream information will be announced shortly.