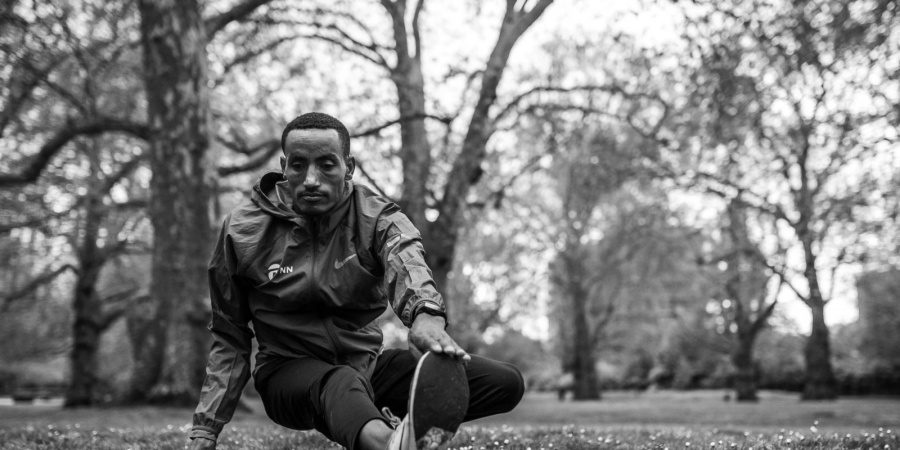 While the showdown between marathon icons - Eliud Kipchoge and Kenenisa Bekele - dominates the pre-event narrative of this weekend’s London Marathon – seven other NN Running Team athletes also take to the start line for Sunday’s eagerly anticipated event. We profile their potential impact.

Rated by his coach, Getaneh Tessema, as a special talent it was 18 months ago at the last edition of the London Marathon when the gifted Ethiopian made a huge breakthrough on the world-class stage.

On the streets of the British capital he pushed Eliud Kipchoge hard for the first 38km and sliced one minute 21 seconds from his PB to place third in 2:03:16 – a performance which sits eighth on the all-time lists.

Mule, who celebrates his 27th birthday on October 20, has experienced some ups and downs since this outstanding performance. He did not finish in the oppressive heat and humidity of Doha at the 2019 World Championship marathon but in his most recent competitive outing in February he produced a slick time of 59:47 for third in the RAK Half Marathon.

If the former 400m and 800m runner, who grew up near the city of Gondar in Northern Ethiopia, can rediscover the form he showed in his last outing in London, he will be a major podium contender once again.

A proven winner, the long-legged Ethiopian is developing a reputation as one of the most formidable female marathoners on the planet.

Now aged 32, the experienced Ashete made her marathon debut nine years ago but in more recent times has climbed to the top of the marathon running tree.

Suffering her last defeat when fourth at the 2018 Paris Marathon, the Ethiopian began her winning streak when posting a PB and Spanish all-comers’ record of 2:21:14 at the Valencia Marathon later that year.

In 2019 her progress continued with victories in the Rotterdam Marathon and Berlin Marathon, in lifetime best of 2:20:14.

Earlier this year she maintained her streak of success with victory in the Barcelona Half Marathon in a PB of 66:37 and now under the coaching of Getaneh Tessema she will target victory in the London Marathon, where she will be among the favourites for victory.

The amiable Kenyan with two podium finishes in Marathon Majors will be eyeing a strong showing on the streets of London.

Now aged 27, Gideon, who is close friends with Eliud Kipchoge, claimed a breakthrough win at the 2016 Mumbai Marathon and later that year placed third in the prestigious Chicago Marathon to further reveal his ability to compete on the big stage.

Gideon enjoyed another good season in 2017, finishing second in the Tokyo Marathon in a lifetime best of 2:05:51 before placing fifth in the World Championship marathon in London.

In 2018 he placed a solid fourth at both the Tokyo and Amsterdam Marathons.

Over the past 18 months or so he is played several key pacemaking roles for Eliud but in London on Sunday he has shed that role and will focus on a strong personal showing. 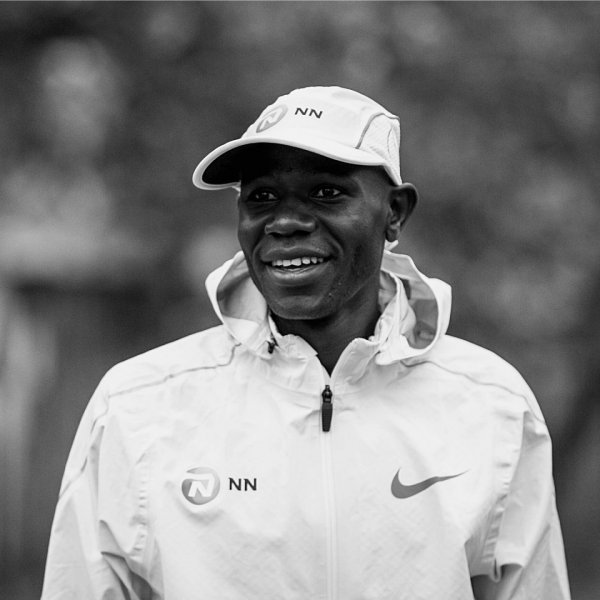 Three Kenyans will fulfil the key role of setting the marathon pace in the eagerly-anticipated men’s race. Eric served as a pacemaker in the 2019 London Marathon – a race in which Eliud claimed a record-breaking fourth victory in the annual event – and has the ability to comfortably operate at the required speed. His blistering half-marathon PB set in Berlin in 2018 sits joint seventh on the all-time lists for the 21.1km distance. Jonathan, is a close friend of Eliud, and although relatively new to the road running circuit as he proved when recording 2:06:45 for fourth at the 2019 Berlin Marathon, he is not short of class or ability. Noah will also act as a pacemaker on Sunday. His half-marathon PB stands at a handy 60:52 and his most recent outing over the distance in February, he recorded 61:52 for ninth in Barcelona. Meanwhile, Evaline Chirchir will pace the second group – who are a targeting a sub 2:20 time – in the women’s race. Evaline is an athlete of huge promise in the NN Running Team and earlier this year recorded a swift PB of 1:06:01 to place fourth at the RAK Half Marathon – a time which ranks the 22-year-old joint 20th on the all-time lists for the 21.1km distance.

***Note, Amsterdam Marathon winner and 2:19:26 marathoner Degitu Azimeraw has withdrawn from the 2020 London Marathon after testing positive for Covid-19.

Click here to find all information about the race including where to watch. 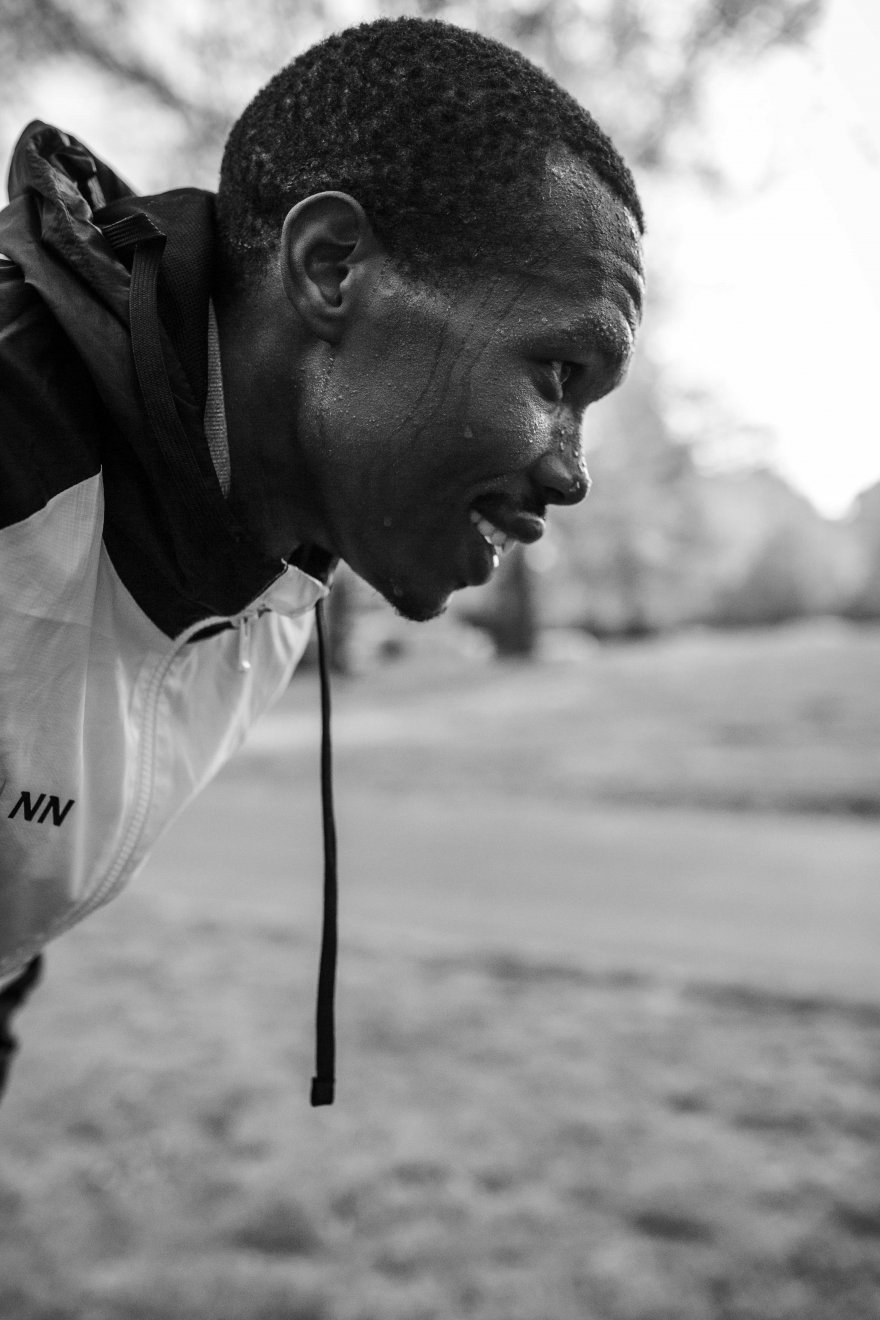