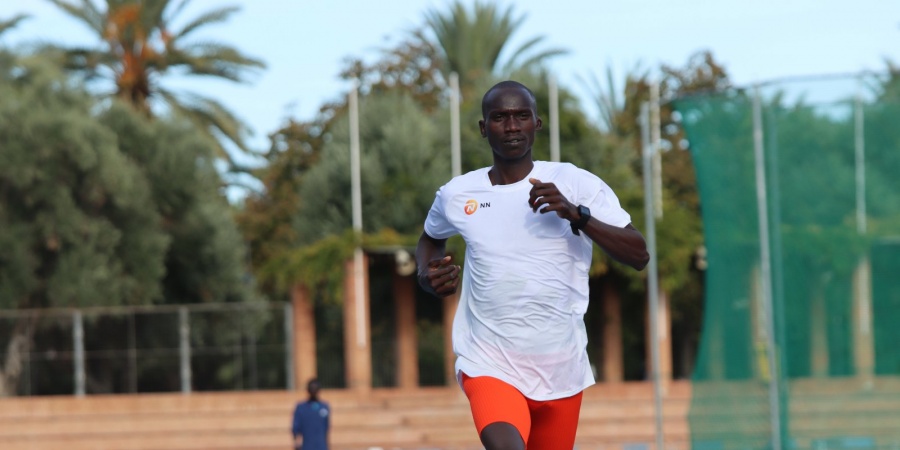 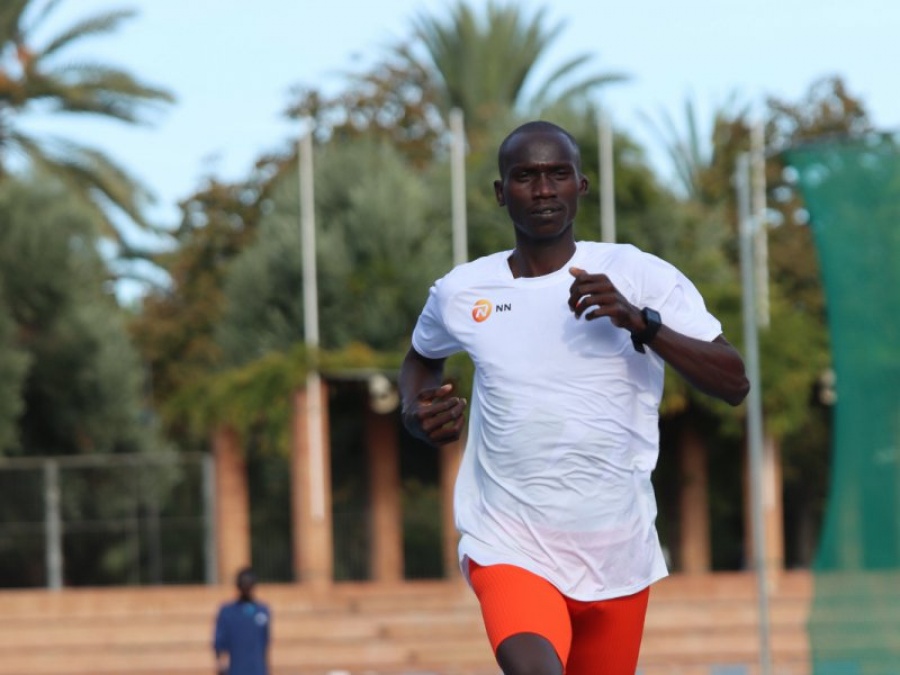 World 10,000m and World Cross country champion Joshua Cheptegei is currently riding a tidal wave of success. In August he smashed the world 5000m record and on Wednesday he will attempt to lower the world 10,000m record as part of the NN Valencia World Record Day. We chat to his manager, Jurrie van der Velden, and his coach, Addy Ruiter, to identify ten factors which make him great.

East Africa is awash with talented distance runners. However, Joshua is on another level according to his long-time manager Jurrie van der Velden.

In his first international race he finished second in the TCS World 10km in Bengaluru, India, finishing just 40 seconds behind Kenyan Geoffrey Kamworor, who just six weeks earlier had been crowned World Half Marathon champion.

Van der Velden said of Joshua, who at the time was just a teenager: “You didn’t need to be an expert to know by the way he moved he was a huge talent.”

Just two months after his appearance in Bengaluru, he then built on that performance to become World U20 10,000m champion in Eugene to announce himself as a future star.

His coach, Addy Ruiter, comments: “Joshua is not just a talent but an exceptional talent.”

Possessing a sharp intelligence, Joshua spent a period studying languages and literature at university, and he has also managed to translate that agile mind to the benefit of is running career.

“He is a smart guy, he knows what he is doing and understands what he has to do and why,” explains Jurrie. “He picks thing up quickly.”

This a point echoed by Addy, who says of Joshua: “He is educated and intelligent. As a human being he makes many of the right decisions to further his athletics potential.”

Jurrie and Addy have ensured Joshua has been allowed to develop his talent patiently. They have never rushed his career for short-term gain and as can be seen by his consistent progression, the approach has paid dividends.

“We have been allowed to build his career slowly,” explains Addy. “Each year he has trained a little bit more and a little bit harder and for me that is the reason he has reached this level.

“With other athletes you see they have gone from zero training to training 12 times a week. Then after a few years there is no room to improve. Taking a more patient approach has definitely worked.” 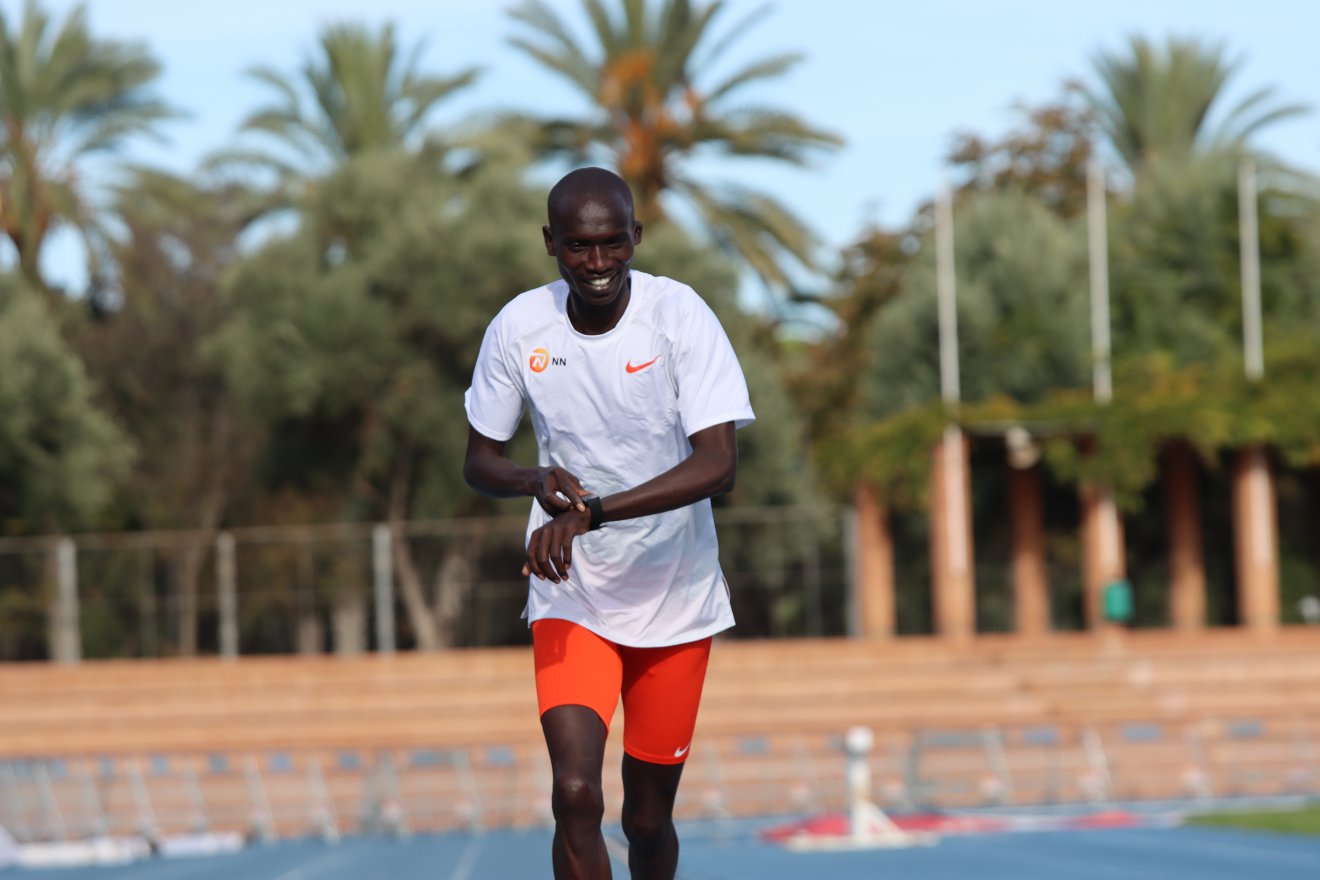 The support around Joshua has grown and grown over the past four or five years – which has allowed the Ugandan to flourish. Managed by Global Sports Communication and as  part of the NN Running Team he has had access to a burgeoning set of resources.

“Before Addy started coaching the Ugandan athletes (in 2015) we had no coach in Uganda,” explains Jurrie. “There was also  no physio. Now Joshua and the Ugandans in the NN Running Team have that level of support. It has gone through the roof.

“The greater the level of resources, as we have seen, the better the outcome.”

According to Addy, Joshua is an athlete with the leadership qualities and charisma to lead to not only personal glory – but also the success of others at the Kapchorwa-based training group.

“He is not only a very good runner but he cares about others,” says Addy. “He offers advice and support to the others in the training group. He is a very good person. He never believes he is better than anybody else and is very down-to-earth.”

Any top-level athlete has to possess certain degree of confidence in their ability, and according to Jurrie, Joshua is no different.

“He always speaks his mind,” says Jurrie. “For example, if he is talking to the media he is happy to say he is going for a world record, if he believes he can do it. For some this builds pressure, but for Joshua it feeds him and gives him energy. He is an athlete that enjoys the attention.”

Addy agrees with Jurrie’s sentiments and adds: “Joshua says he wants to be the best athlete in the world. He achieves some incredible things but in his mind they are maybe not as big because he has more ambitious goals.”

Possessing strong natural endurance, it was assumed in the early phase of his career his chief success would come over the longer distances. However, over the past couple of seasons he has started to make huge waves over the shorter distances - last year winning the 5000m Diamond League Trophy and this year setting 5km world records on the track and road.

“I think in the past he was not maybe not mentally strong enough to put in the extra effort in some speed sessions,” admits Addy. “In the past he used to run at the same pace as the other boys in the group when we know he is at a higher level. But over the last year or so he has matured. He now has the ability to push himself to a higher level in training and this has allowed him to develop more speed.”

Addy Ruiter was invited to start coaching Global Sports Communication’s Ugandan athletes in 2015 and, according to Jurrie, Addy’s human touch has had a big benefit on Joshua’s career development.

“In life we have trainers and coaches. Trainers purely set the training schedule but coaches are people who have the vision and capacity to guide. In my opinion they are maybe better trainers than Addy, but what makes Addy special is he knows how to connect with and guide his athletes at a human level. To some extend whether he sets a 5x1000m or 6x1000m session is not going to make Joshua a better runner, but the thing that will make the difference is the personal connection and interest in the individual.”

The training set up in Kapchorwa may not on the face of it appear perfect. The mountain terrain can present punishing gradients of up to 30 per cent to climb. The grass track Joshua trains on has several metres of height gain and loss. However, Addy sees the positives of life in the Ugandan Highlands.

“Maybe one of the reasons the athletes are so good is because of our training environment,” he insists. “The slightly undulating track means the athletes are never running at the same rhythm and that is why for my athletes a change of rhythm is not much of a problem. Our training environment is also much more stressful on the neuromuscular system. A system that, in my opinion, does not get the attention it should receive in the training theory. One of the running sessions we do every week in certain periods is fully focused on this and is essential for the running economy of the athlete.”

While sometimes difficult to define, the economical running style of Joshua is another key factor in his success.

“The strength of Joshua is his running economy, he is so smooth,” adds Addy, who believes his running style could particularly translate to success on the roads in the future.

“I think one day he could run a sub-two hour marathon,” he explains.