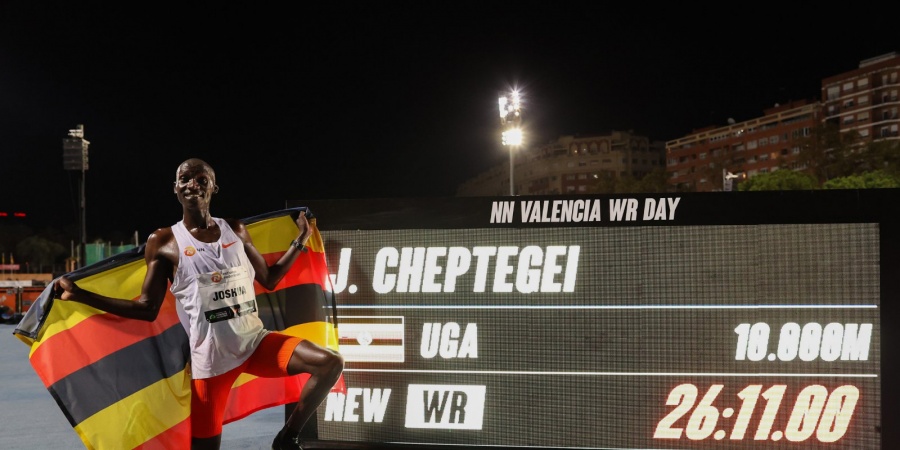 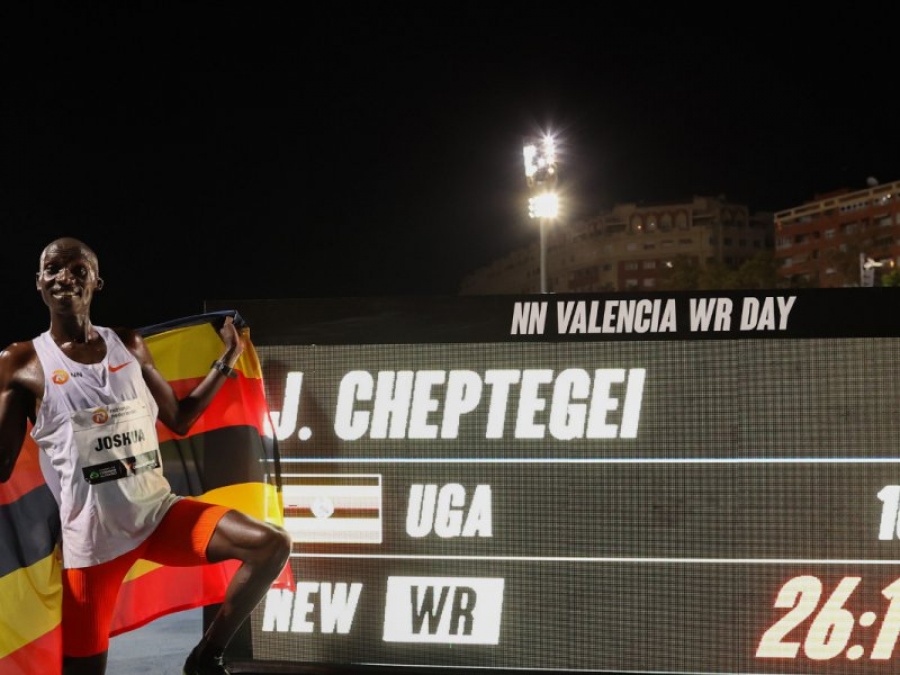 Joshua Cheptegei toasted yet another landmark moment in his glittering 2020 season by smashing Kenenisa Bekele’s world 10,000m record by more than six-and-a-half seconds with a dazzling display at the NN Valencia World Record Day.

The 24-year-old Ugandan superstar gave another glorious demonstration of his stellar endurance running gifts by completing the 25-lap distance in a time of 26:11.00 to erase Bekele’s 15-year-old mark of 26:17.53 from the record books.

The one-off meet was organised by the NN Running Team, Global Sports Communication and SD Correcaminos as a direct response to Joshua’s outstanding current form.

In August, Joshua sliced 1.99 seconds from Kenenisa’s world 5000m record, clocking a stunning 12:35.36 in Monaco, and on a hot and humid night at the Turia Stadium he added the world 10,000m record to his increasingly impressive CV.

Paced through to halfway in 13:07.73 and further aided by Wavelight Technology in the second half of the race, the World 10,000m champion, who was running in golden shoes, ticked off the laps at a relentless 62-second pace to claim another slice of history.

Having achieved the world record mark he now joins some of the all-time greats to have held ownership of the world 10,000m record such as Emil Zatopek, Haile Gebrselassie and Bekele.

It is a great moment for me to have broken the world record,” said Cheptegei, who also holds the world 5km and 15km road records. “I wanted to show the sports lovers of the world that the track is exciting. I wanted to lift the expectations of the Valencia World Record Day and I am pleased to have fulfilled my dream.

On the same evening, Letesenbet Gidey ignited the NN Valencia World Record Day with a spellbinding performance to obliterate the women’s 5000m record by more than 4 seconds margin and record a stunning 14:06.62.

Aided by pacemaking duo Esther Guerrero and Beatrice Chepkoech and the Wavelight technology, the 22-year-old Ethiopian produced a beautifully judged run to destroy the world record of her compatriot Tirunesh Dibaba. 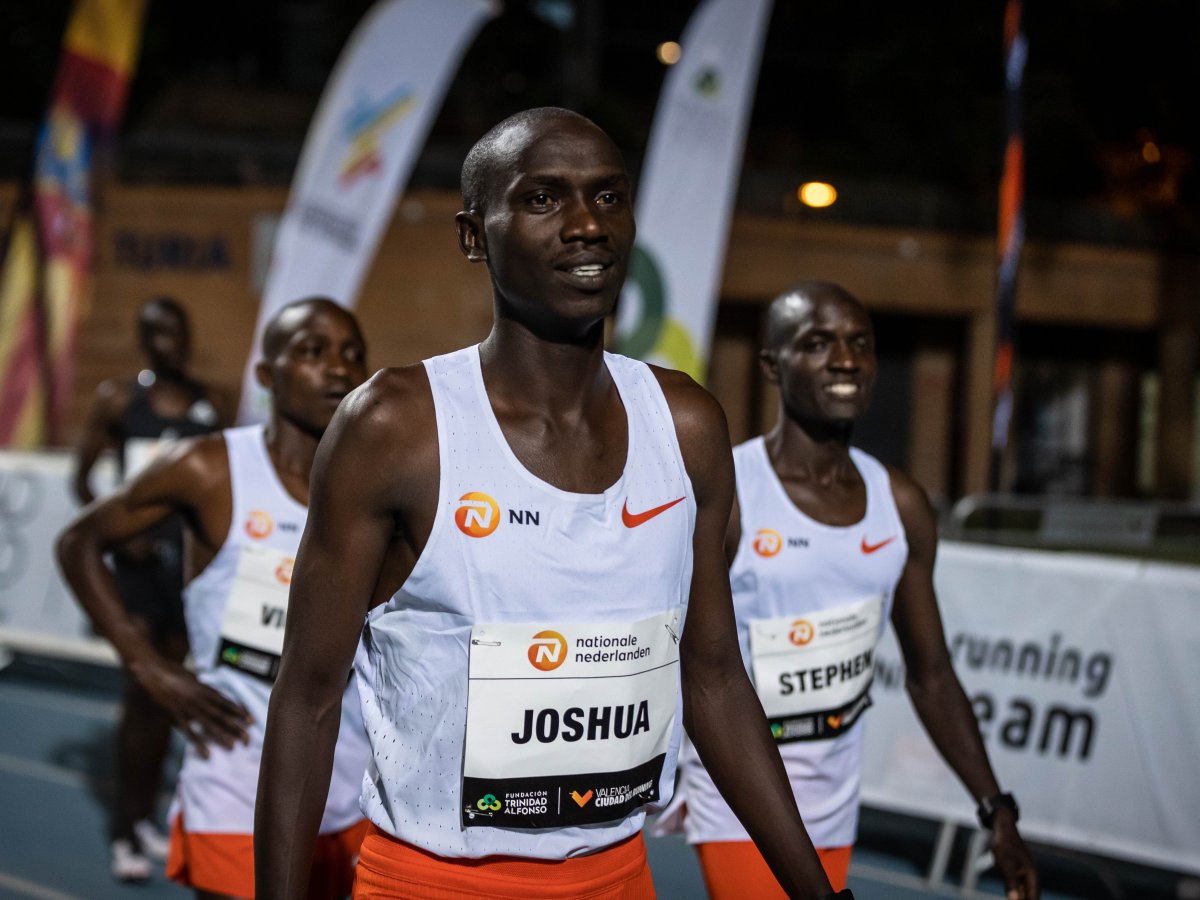 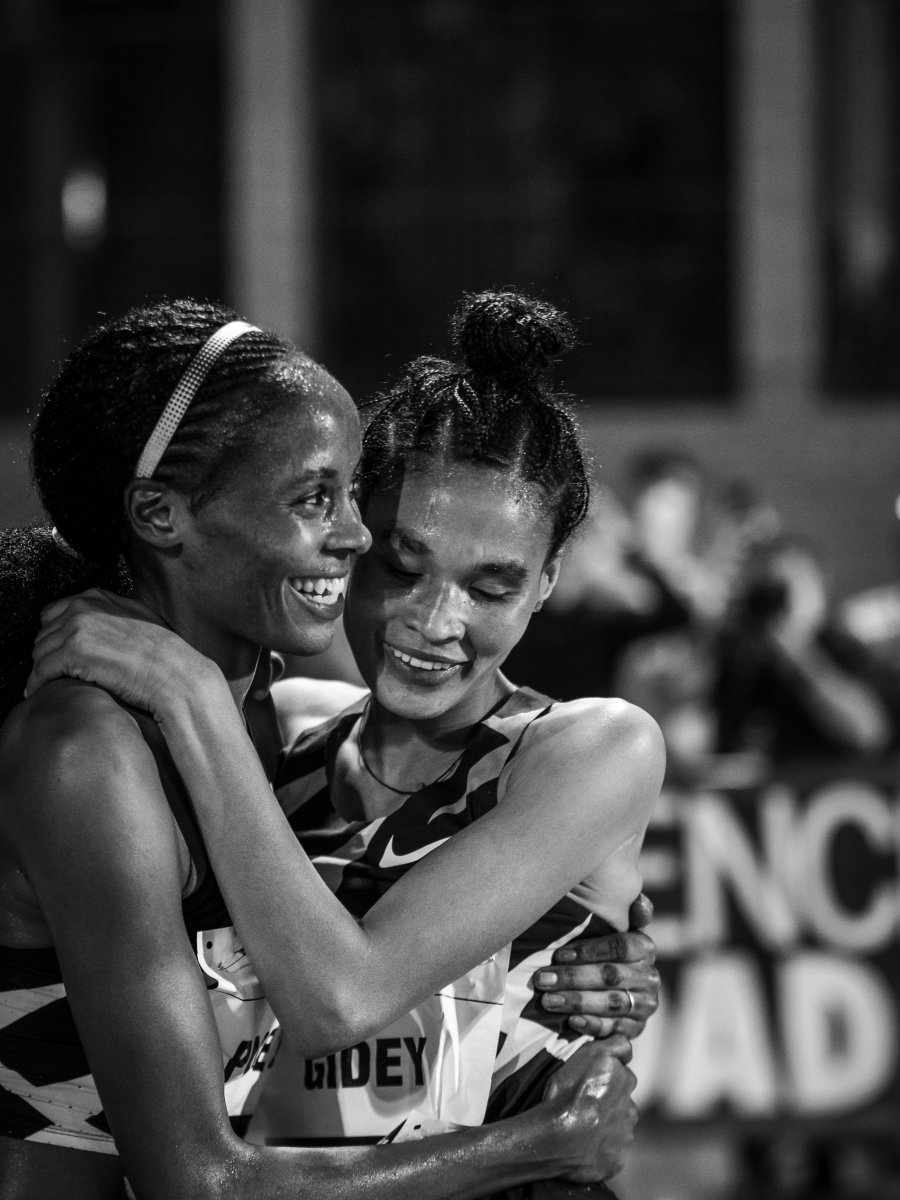 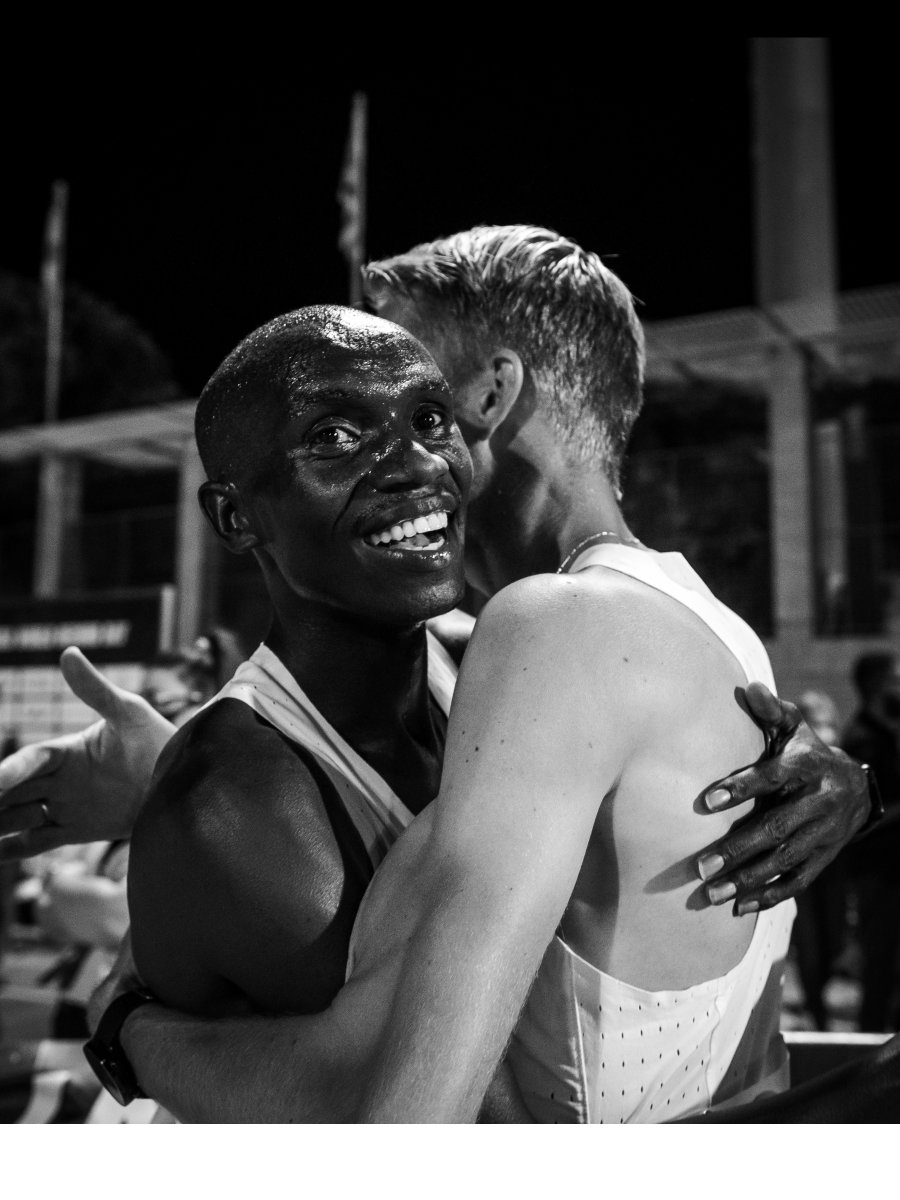 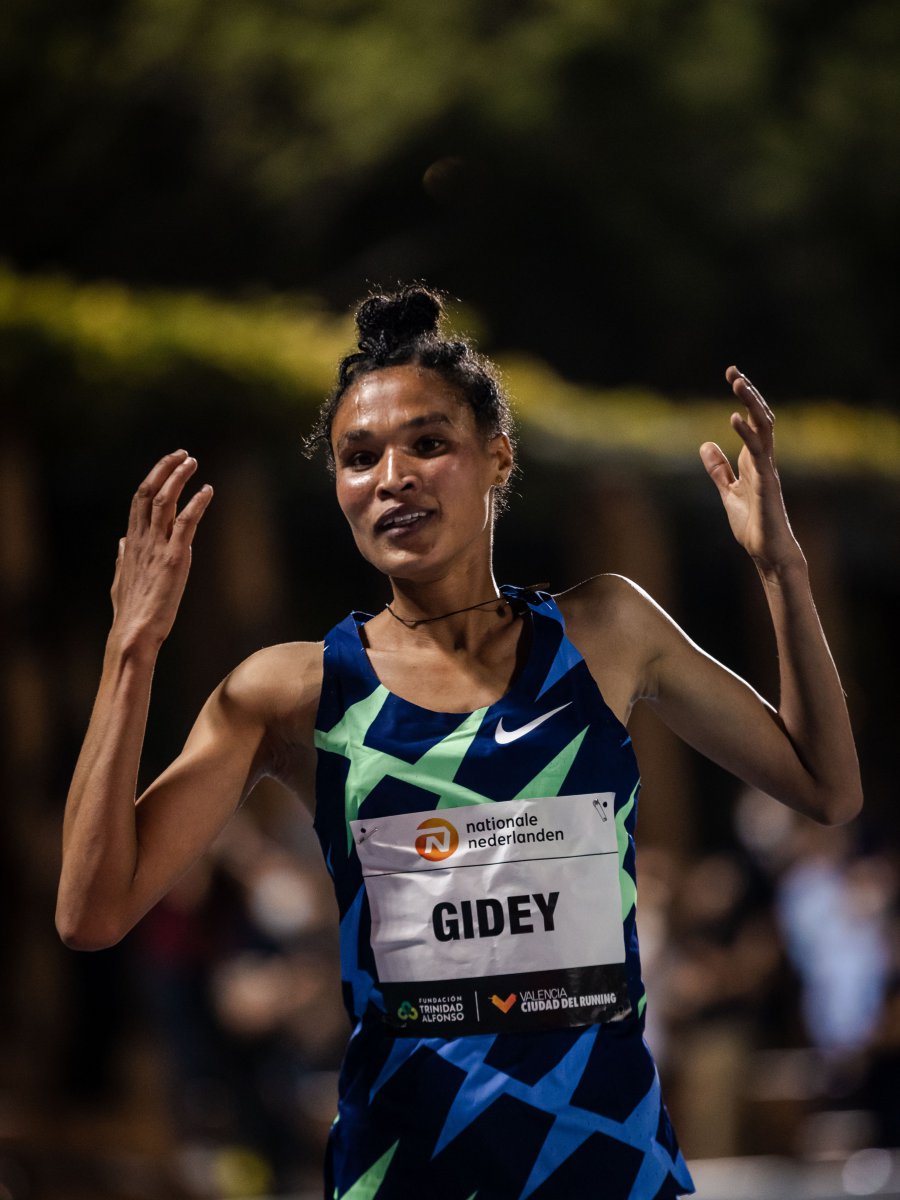 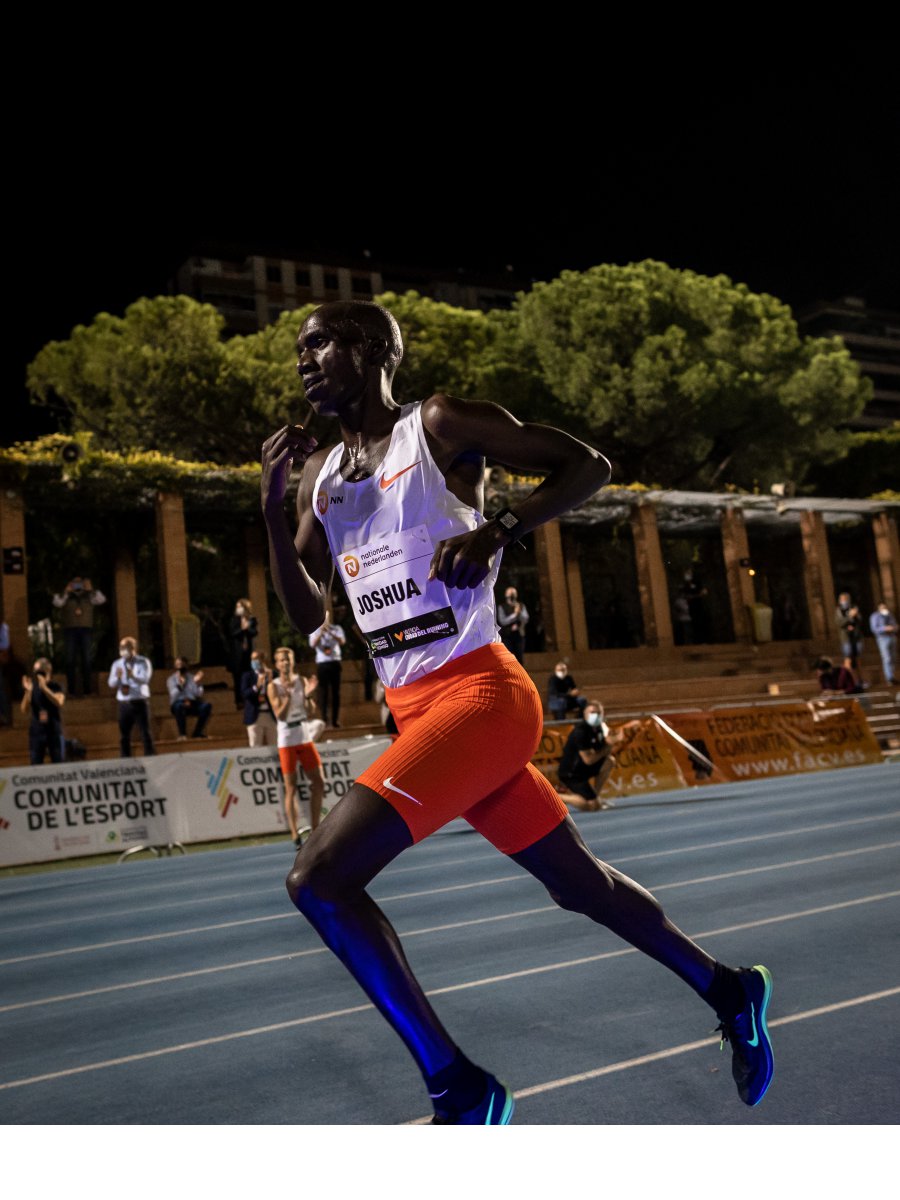