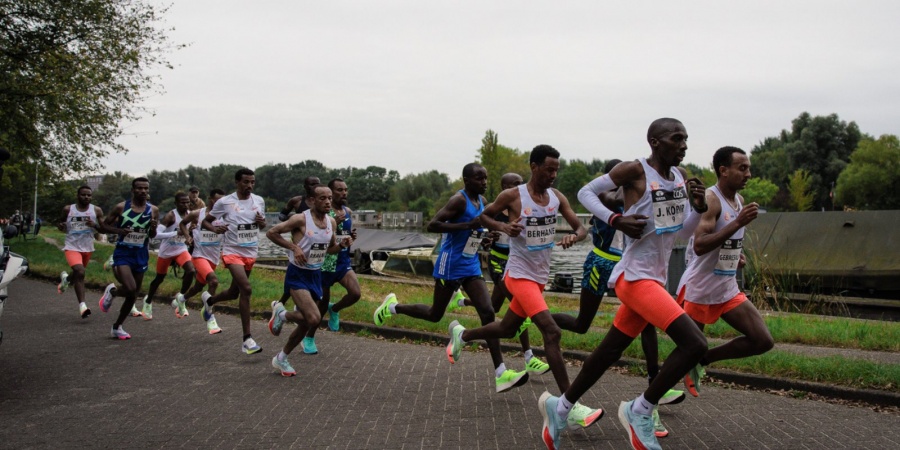 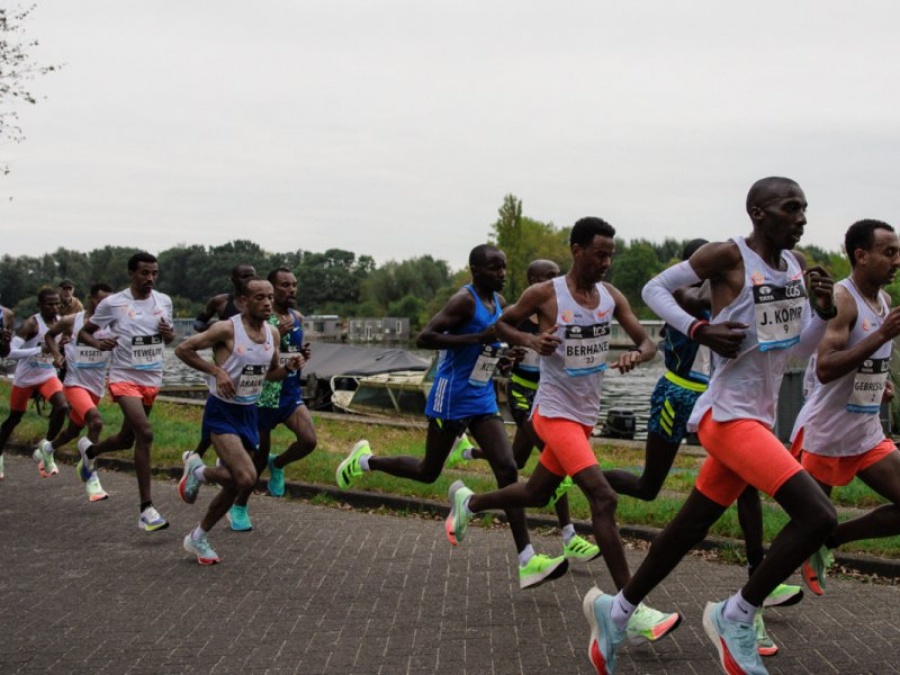 In the first part of our NN Running Team 2021 highlights we reflect on the busy fall period #backtoracing which featured a series of unforgettable performances.

Yalemzerf Yehualaw served notice of her very special talent by running 18 seconds quicker than the world record mark of Ruth Chepngetich at the Antrim Coast Half Marathon in August.

Unfortunately, her mesmerising 1:03:44 was unratifiable after it was later discovered the course in Northern Ireland was 54 metres short, but it was nonetheless a brilliant display of distance running by the 22-year-old Ethiopian.

Earlier in the year, Yalemzerf, who is coached by Tessema Abshero, had climbed to number three on the all-time half-marathon lists with a blistering 1:04:40 in Istanbul. She then climaxed her outstanding year by running the second fastest half-marathon of all time with a 1:03:51 clocking in Valencia.

Double podium on the streets of London

Ethiopian women were to the fore during a memorable fall season led by Degitu Azimeraw and Ashete Bekere, who registered huge personal bests to claim second and third places in the London Marathon.

In a pulsating women’s race, Degitu and Ashete kept pace with the eventual race winner Joyciline Jepkosgei up until the final 5km to produce a pair of inspired performances.

Degitu ran a stunning 2:17:58 for second to climb to tenth on the all-time marathon while Ashete also produced the performance of her life, recording 2:18:18.

It was a double performance to be proud of in arguably the world’s most competitive marathon.

On her first appearance for the NN Running Team Letesenbet Gidey obliterated the world half marathon to post a dazzling 1:02:52 on the streets of Valencia.

The world record-holder for the 5000m and 10,000m on the track translated her ability to the road in jaw-dropping fashion to wipe 70 seconds from the previous world record.

From the 10km split the 23-year-old athlete was 35 seconds up on world record pace before simply extending the margin on the previous world record with a captivating display of distance running which points to a future of infinite possibilities.

I’m so happy to break the world record in my first half marathon and my first race for the NN Running Team! Gracias Valencia.

The NN Running Team secured a host of podium places during the fall season kick-started by Ethiopian Kenenisa Bekele, who claimed an honourable third spot in 2:06:47 in the Berlin Marathon. As part of an ambitious fall double, just six weeks later Kenenisa placed sixth in the New York City Marathon

Eric Kiptanui followed up his impressive victory in a PB of 2:05:47 in the Tuscany Camp Global Elite race in Italy in April by claiming a debut Marathon Major podium with an eye-catching third placing in the Chicago Marathon (2:06:51).

The Amsterdam Marathon provided a successful day for the NN Running Team. In the women’s race, Haven Hailu of Ethiopia wiped more than three-and-a-half minutes from her PB to run 2:20:19. Meanwhile, in the men’s race fellow Ethiopian Leul Gebresilase ran an impressive 2:04:12 for third followed by Kenyan Jonathan Korir, who set a big PB of 2:04:32 in fourth with Hiskel Tewelde posting an Eritrean national record of 2:04:35 in fifth.

The Valencia Marathon provided a rousing finale to the season as Kenyan duo Philemon Kacheran (2:05:19) and Geoffrey Kamworor (2:05:23) set PB’s in third and fourth respectively. It was a particularly sweet moment for Geoffrey who sustained a serious accident in 2020 after being struck by a motorbike and earlier in 2021 was forced to miss the Tokyo Olympics with a foot injury.

The other highlight of 2021 was the reopening of so many marathons around the globe after 18 months of very little activity because by the global pandemic. With so many NN Running Team athletes once again able to ply their trade, it provided huge relief to the physical and mental wellbeing of so many athletes and brought a happy conclusion to a couple of very challenging years. Roll on 2022! 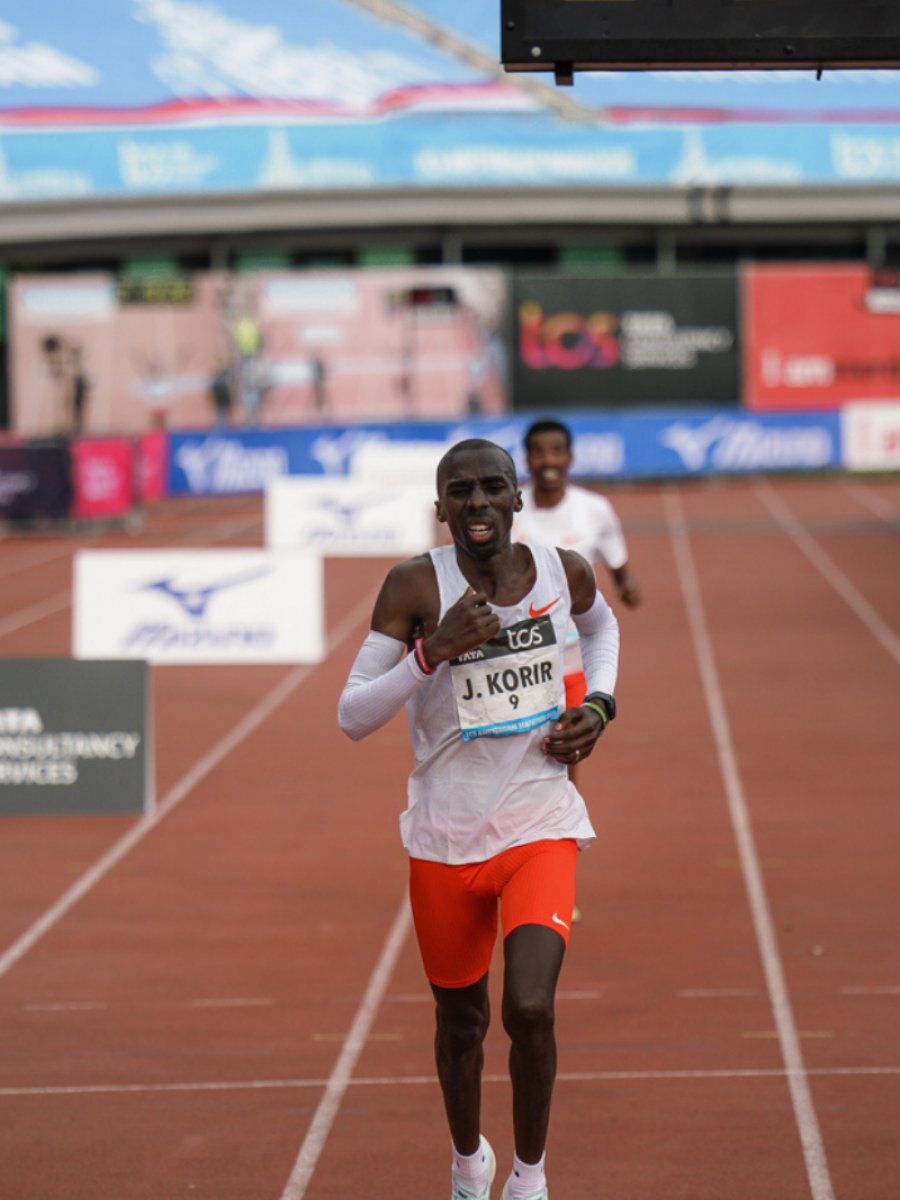 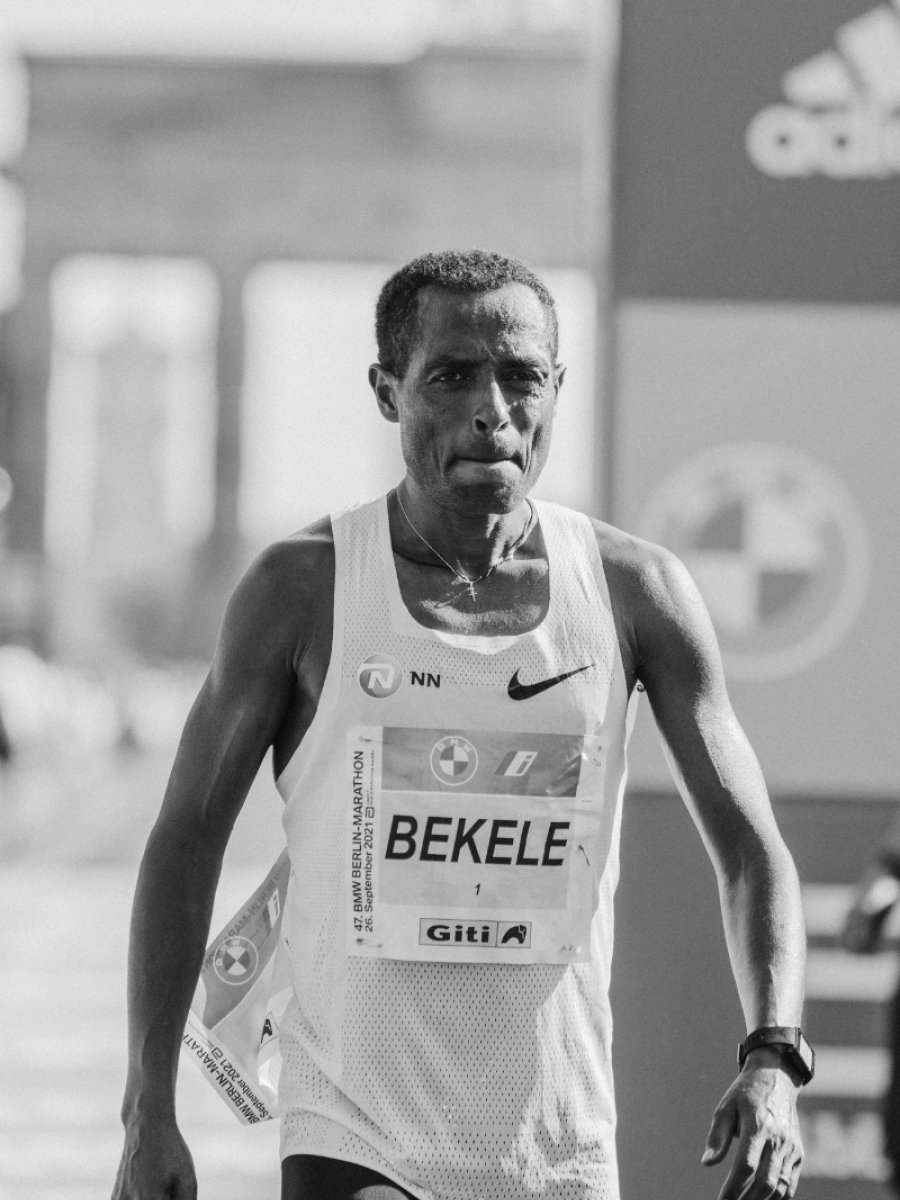 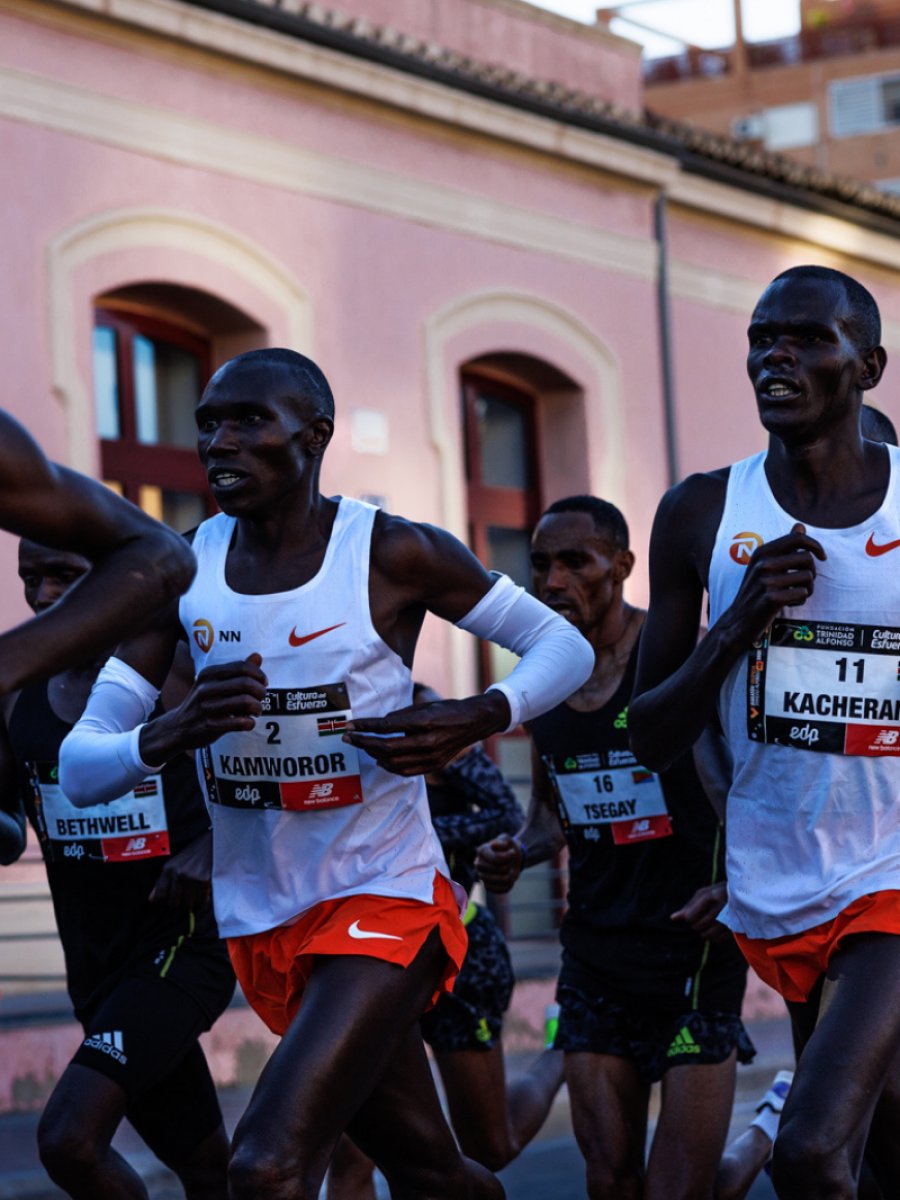 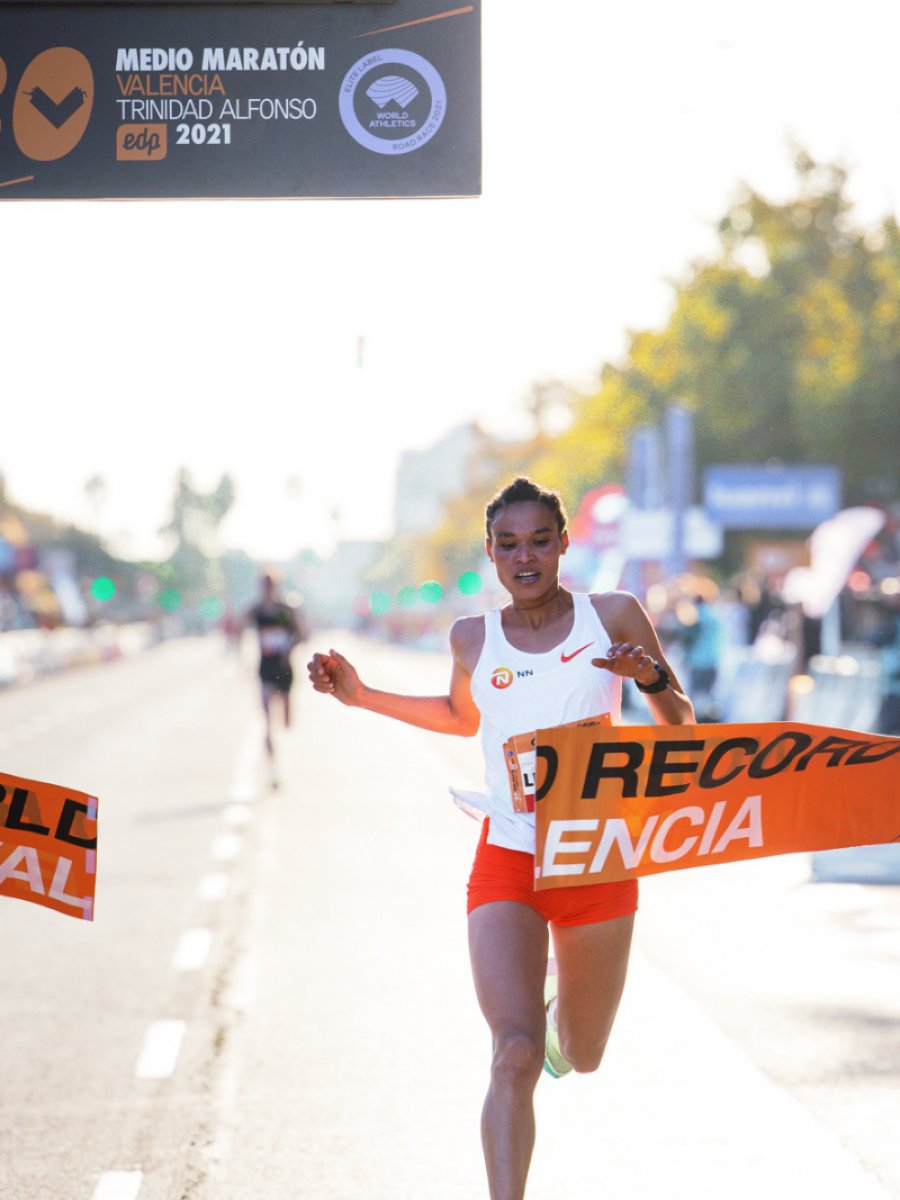