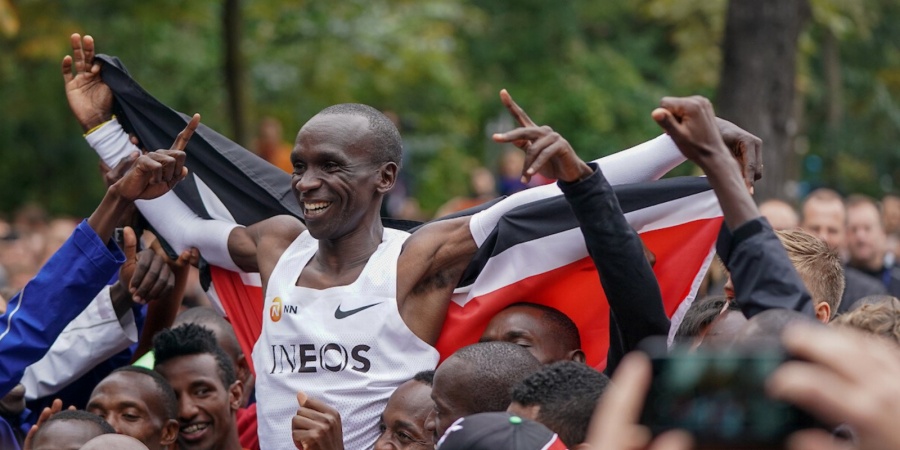 Last October, Eliud Kipchoge made history to become the first human to run a sub-two-hour marathon as part of the INEOS 1:59 Challenge. Here we bring you ten things you may not have known about his iconic feat.

Focusing 100 per cent on his training in Kenya, it was only after arriving in Vienna five days before race day did he first experience the course. The multi-lap 9.6km route along the Hauptallee, a long, straight and tree-lined avenue that runs through the heart of the Prater, met Eliud’s approval.

“I went for a 50-minute run on the course,” he says. “I wanted to know when the big day arrived how it would feel. The course was very good. It was newly tarmacked with all the signage also up and it was also really flat.”

On his arrival in Vienna, Eliud was overwhelmed by the amount of support he received from all around the world and on the day before he was due to race he received a call from Kenyan President Uhuru Kenyatta.

“When you receive a call from the head of state, it is really serious,” he says. “He said that all 50 million Kenyans are behind me and he wished me the best of luck.”

“It was really motivating to have the three of them with me, he recalls. “We felt as one. They are all my friends, who live in the same training camp.”

Ahead of the Nike Breaking2 Challenge he hardly slept a wink the night before the race but for the INEOS 1:59 Challenge he slept uninterrupted from between 9pm-2am. For the remainder of the night he slept fitfully until rising at 4.50am to take a shower and then head for breakfast. 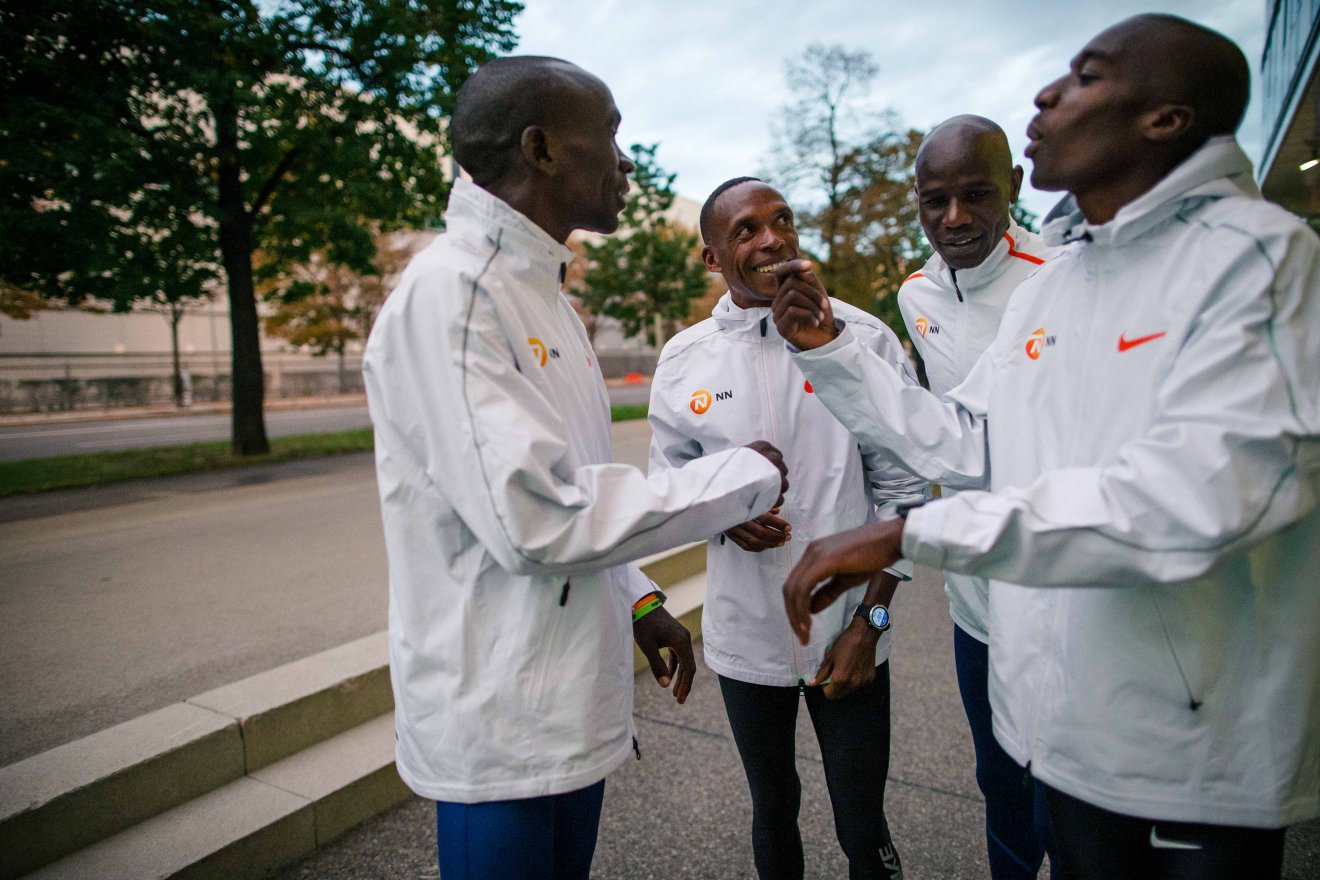 In the minutes leading up to the challenge, Eliud admits to having doubts about whether he could achieve his goals.

As the pacing groups changed throughout the race and Eliud followed the pace captain he did slightly alter his position.

“It was not a big deal but I changed my position a little bit dependent on the stride length of the captain,” explains Eliud.

“If the captain has a shorter or medium length stride I would run a little closer, adds Eliud, who would allow for a little more space between himself and pacers with longer strides. 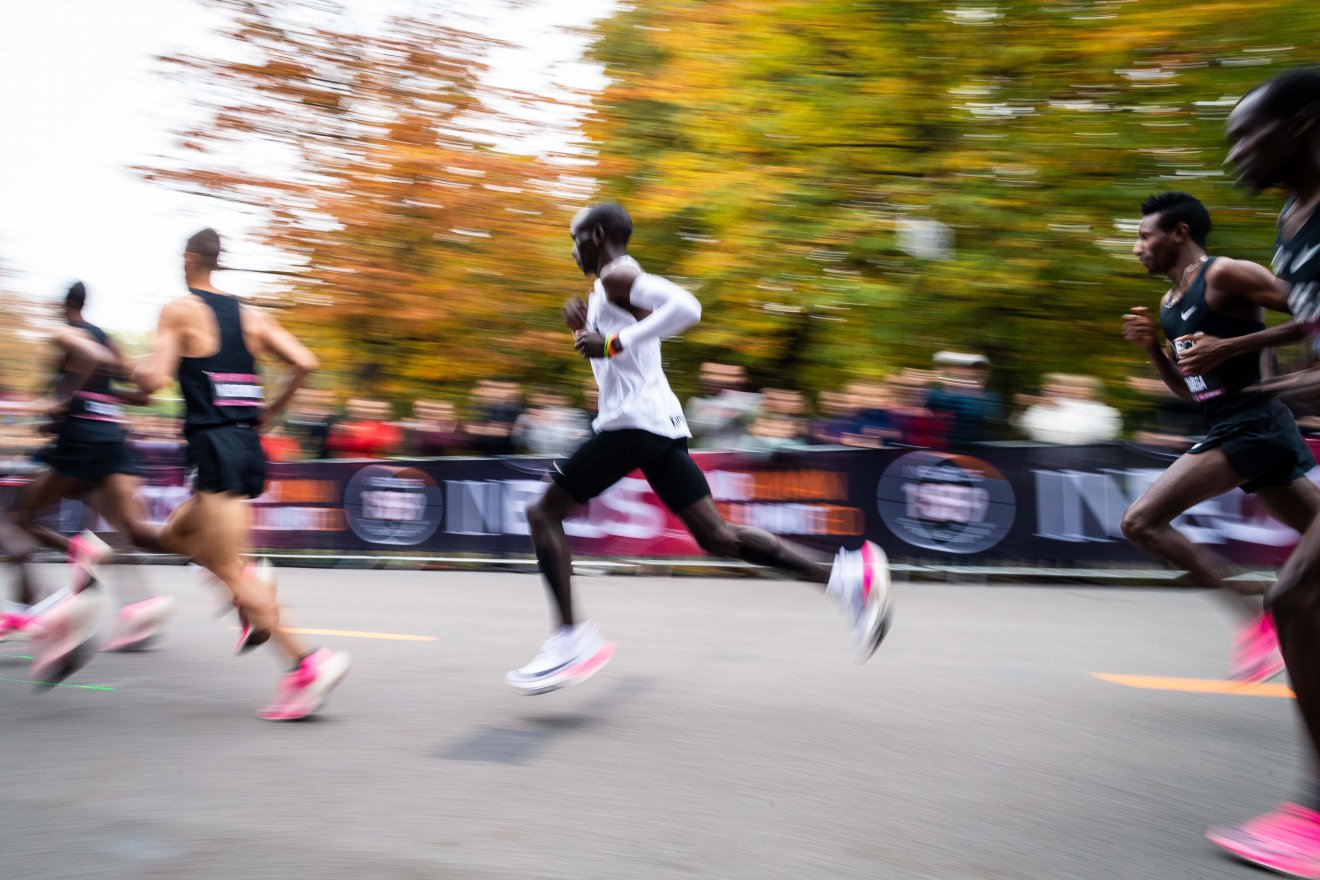 Eliud describes the support he received from the 120,000 estimated spectators on the Prater as “really wonderful.”

Inspired by their comments he said: “It was an honour for me that so many people had taken the time to watch the race.”

The course included two roundabouts at either end of the Hauptallee – the Lusthaus Roundabout and the much larger Praterstern Roundabout. Negotiating the latter at a sub-two-hour marathon pace was not easy for Eliud.

“It was a smooth roundabout but difficult because it was a long curve of around 600m,” he explains. 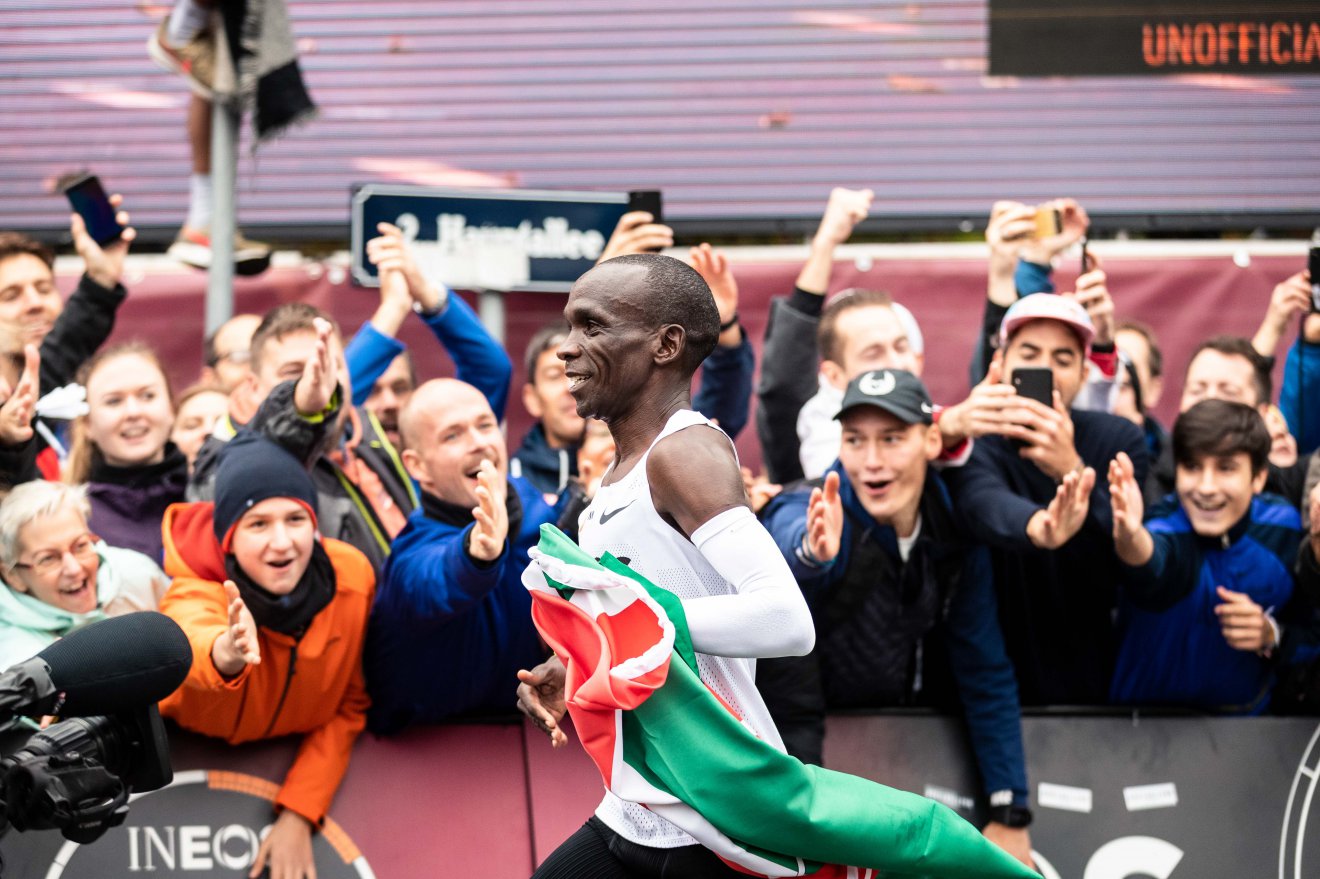 Other than to give the occasional yes to the pacers or his manager Valentijn Trouw – Eliud opted not to talk during the race and simply focus on the task in hand.

“Valentijn and Augustine (friend and pacer) at around 38-40km said “don’t worry, you’ve got this. All I did was give a sign and say yes.”

Encouraged by the pace he was running at throughout the race his confidence soared as each kilometre was completed. Trying to stay calm and focused he said: “At 35km, 38km, 40km, I was really sure I could do it. Those final 500m is when I realised I could make history.”

He sprinted into the arms of his wife and then on to his coach, Patrick Sang. At that moment, Patrick said to me, ‘It has happened, it has been a long journey since 2017 (to run a sub-two-hour marathon) and today you have managed it’.” 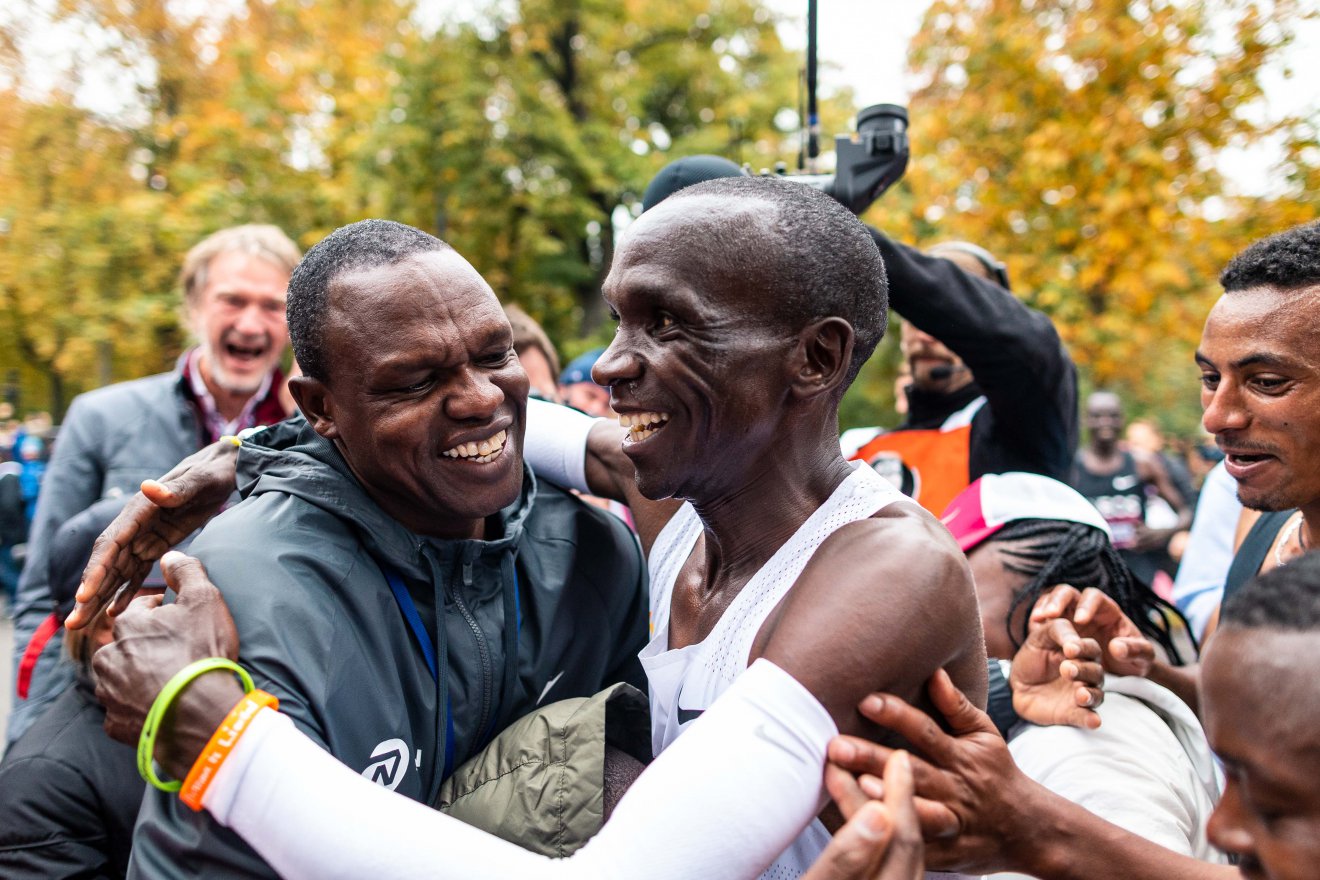