Geoffrey Kamworor is the man with the golden touch. In a glittering career the versatile Kenyan has snared global titles on the road and in cross country and also established himself as a leading global name in the marathon.

Persuaded to start running by his schoolteacher, Geoffrey enjoyed his first season on the international circuit in 2010 aged just 17 and the following year made his first significant impact on the global stage by winning the U20 race by six seconds at the World Cross Country Championships in Punta Umbria.

Two years later he elevated his career to the next level by securing his first senior global crown with a 13-second victory at the World Half-Marathon Championship in Copenhagen.

The multi-talented Kenyan enjoyed more success in 2015 winning the World Cross Country title in Guiyang before later that year pushing Mo Farah every inch of the way to claim 10,000m silver at the World Championships in Beijing. He ended a hugely successful year by finishing second in the New York Marathon.

Geoffrey further revealed his incredible versatility by recovering from a fall to retain his World Half-Marathon title in Cardiff in 2016, recording a slick 59:10. 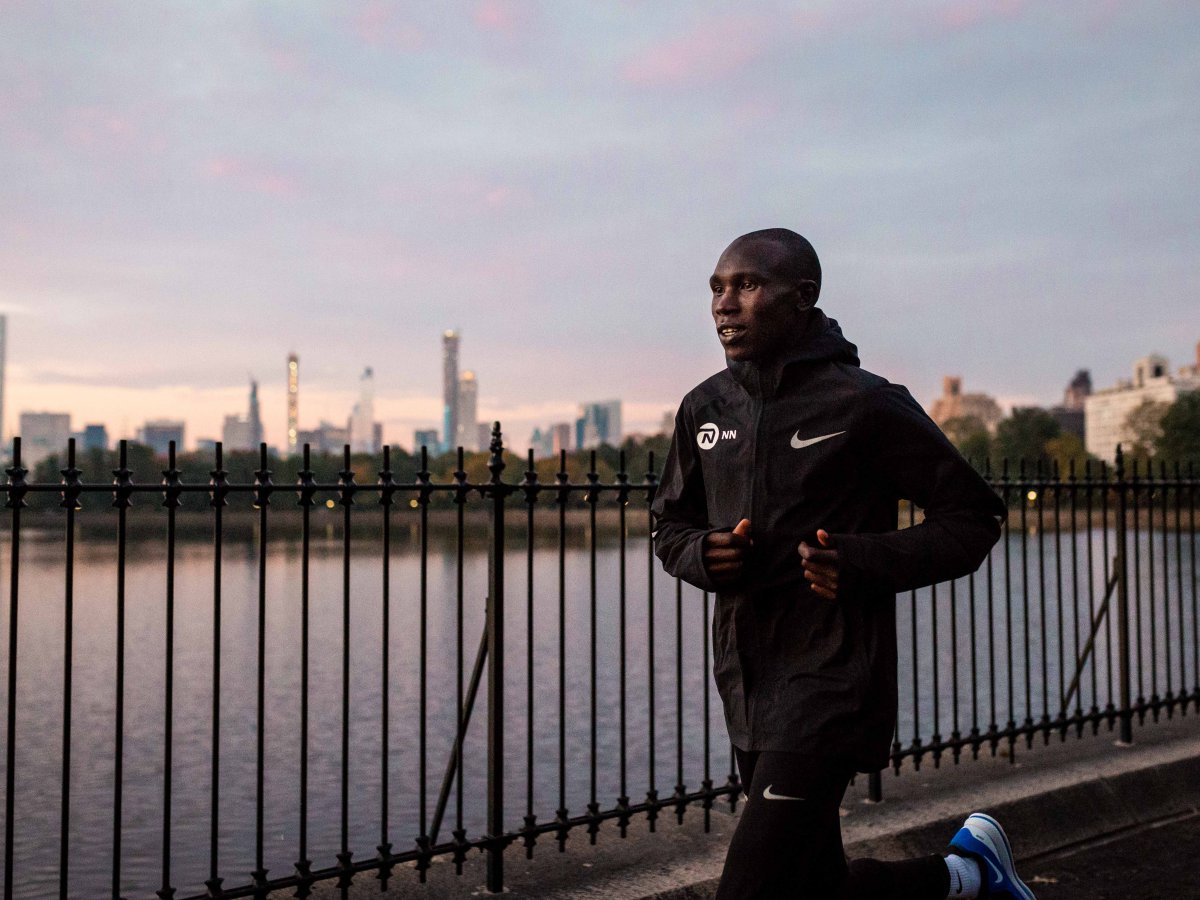 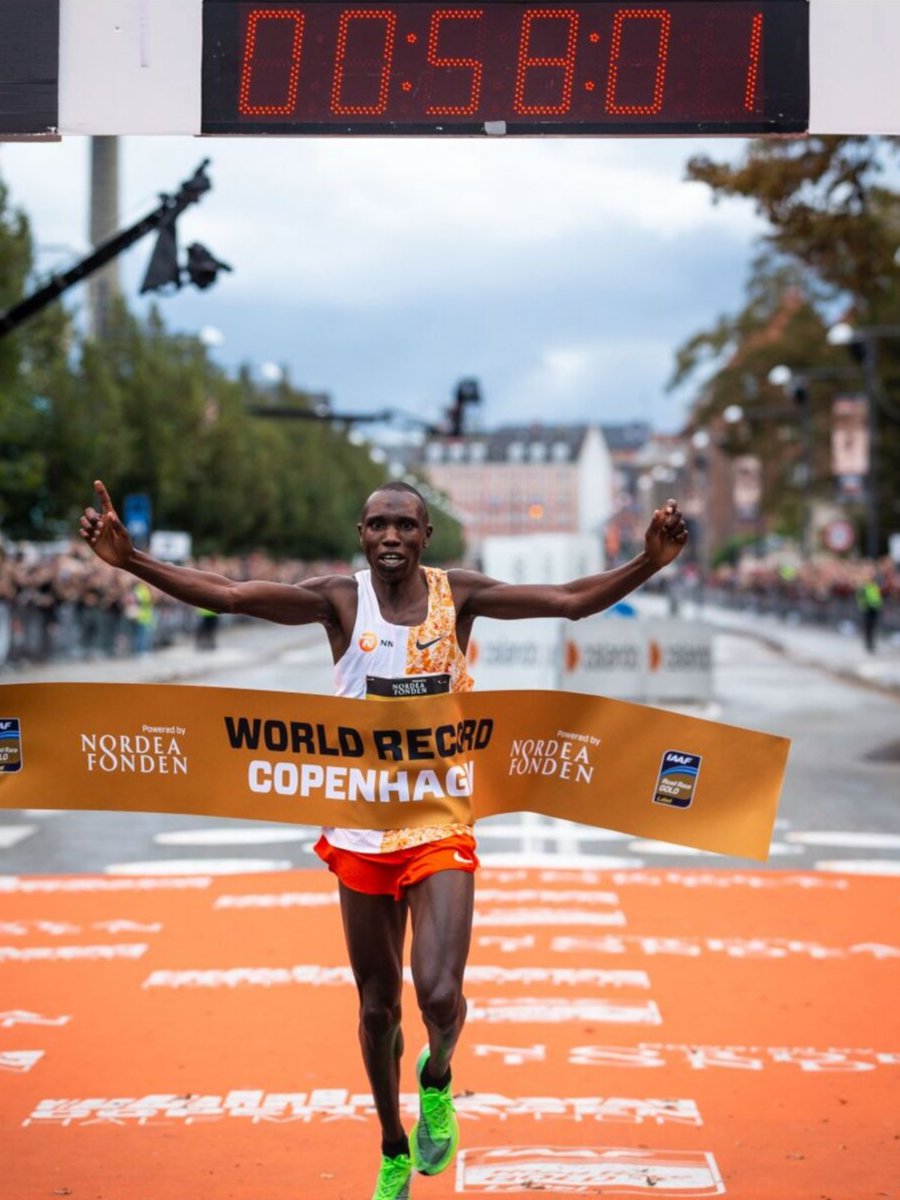 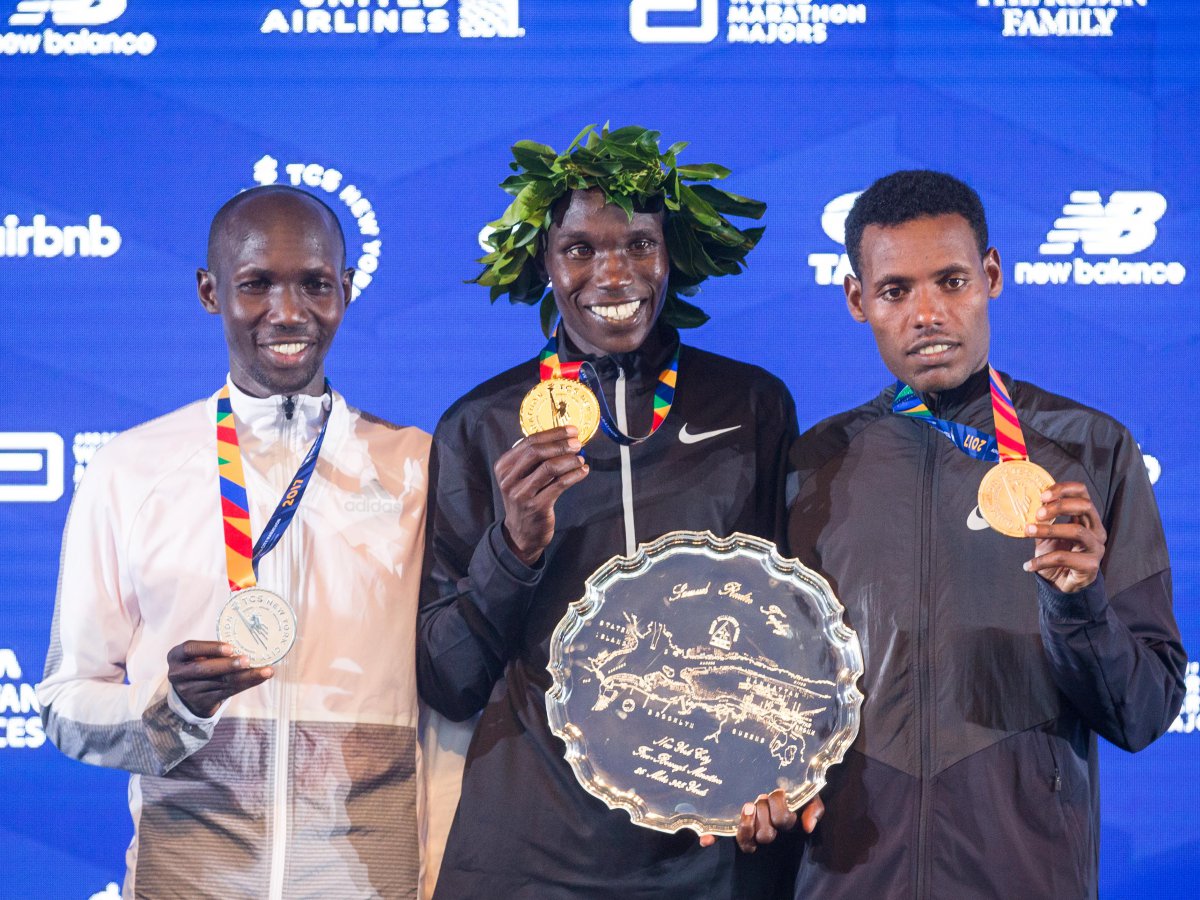 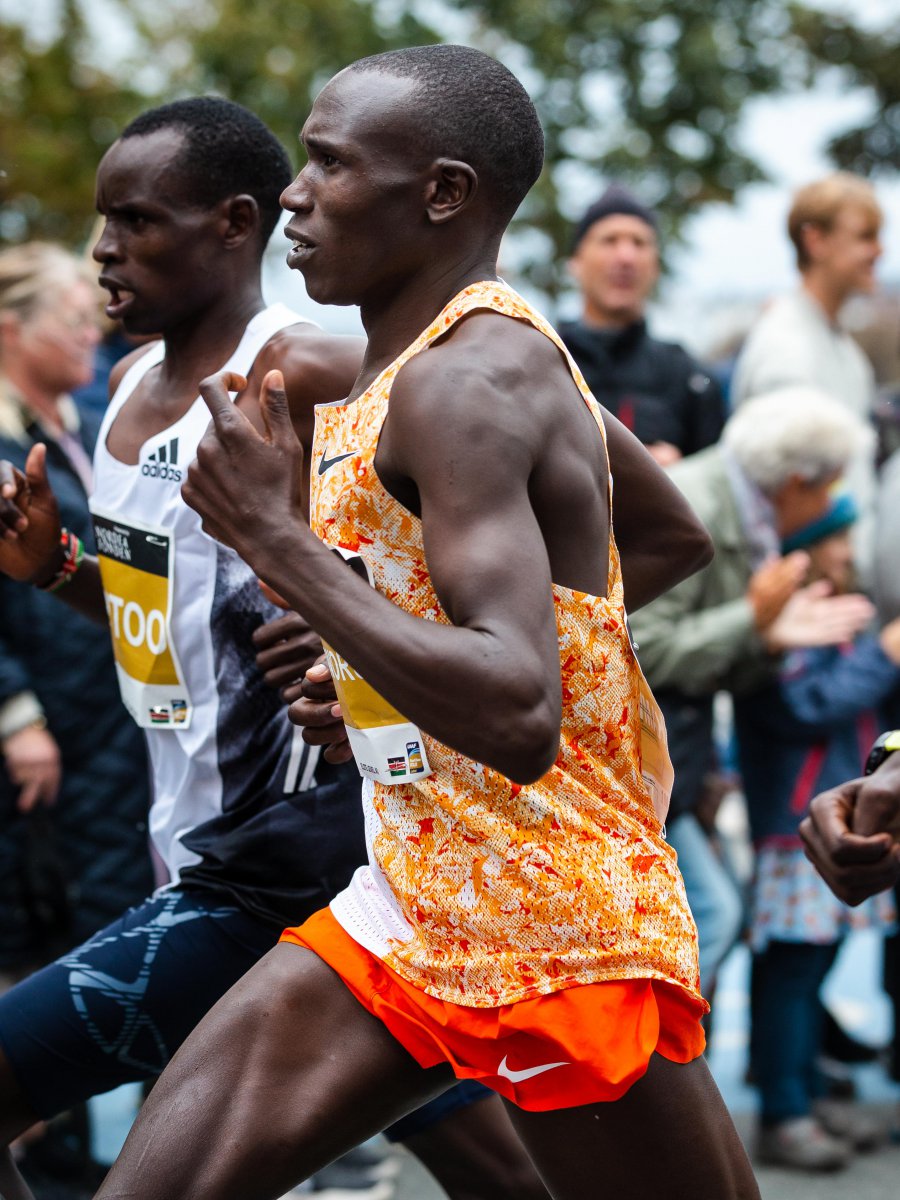 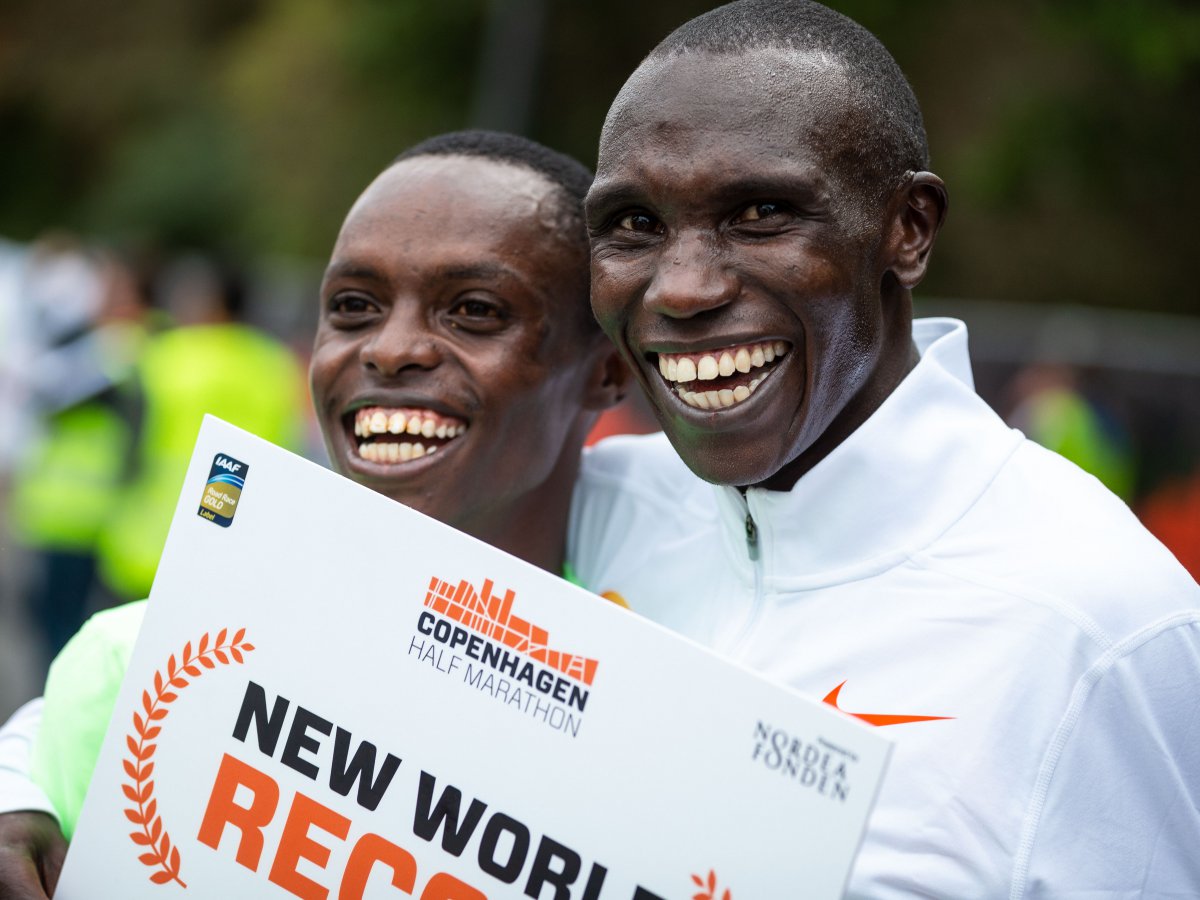 In 2017 the versatile Kenyan retained his World Cross Country title in Kampala and recovered from a disappointing sixth place finish in the 10,000m at the World Championships to win the New York Marathon in 2:10:53 in a tight tussle from his countryman Wilson Kipsang.

In 2018 Geoffrey romped clear of the field in the final 6km to secure a hattrick of World Half Marathon titles in Valencia.

Geoffrey earned a podium spot for third (2:06:26) in the 2018 New York City Marathon and at the 2019 World Cross Country Championships in Denmark he snared bronze to rack up a fourth individual medal at the biennial event.

His status as the greatest half marathon runner of his generation was further cemented at the 2019 Copenhagen Half Marathon when wiping 17 seconds from the world record for the 21.1km distance. In a stunning display, the Kenyan posted a time of 58:01 – some 53 seconds quicker than his previous best.

Geoffrey climaxed a memorable 2019 by regaining the New York City Marathon title. He stopped the clock in a time of 2:08:13 to claim a fourth successive podium finish in the “Big Apple”.

In his return to competitive road racing, following a leg fracture caused by a traffic accident in June 2020, Geoffrey placed second (59:38) at the 2021 Istanbul Marathon before winning the Kenyan Olympic 10,000m Trials in a blistering 27:01.06.

After missing the Tokyo Olympic Games through injury and despite a compromised training build-up, Geoffrey lowered his nine-year-old marathon PB to record a time of 2:05:23 for fourth in the 2021 Valencia Marathon. In 2022, Kamworor finished fifth in the marathon at the World Athletics Championships in Eugene, Oregon with a time of 2:07:14.

Geoffrey was the subject of a documentary named The Unknown Runner by a production company called A Cow Says Moo on the road to his first marathon. 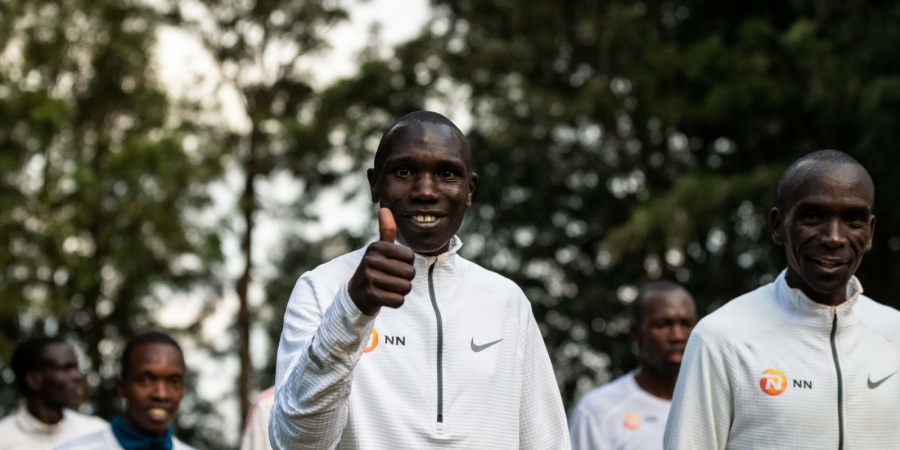